The Frankfurt Galaxy re-sign one of their most important players for the 2023 European League of Football season. 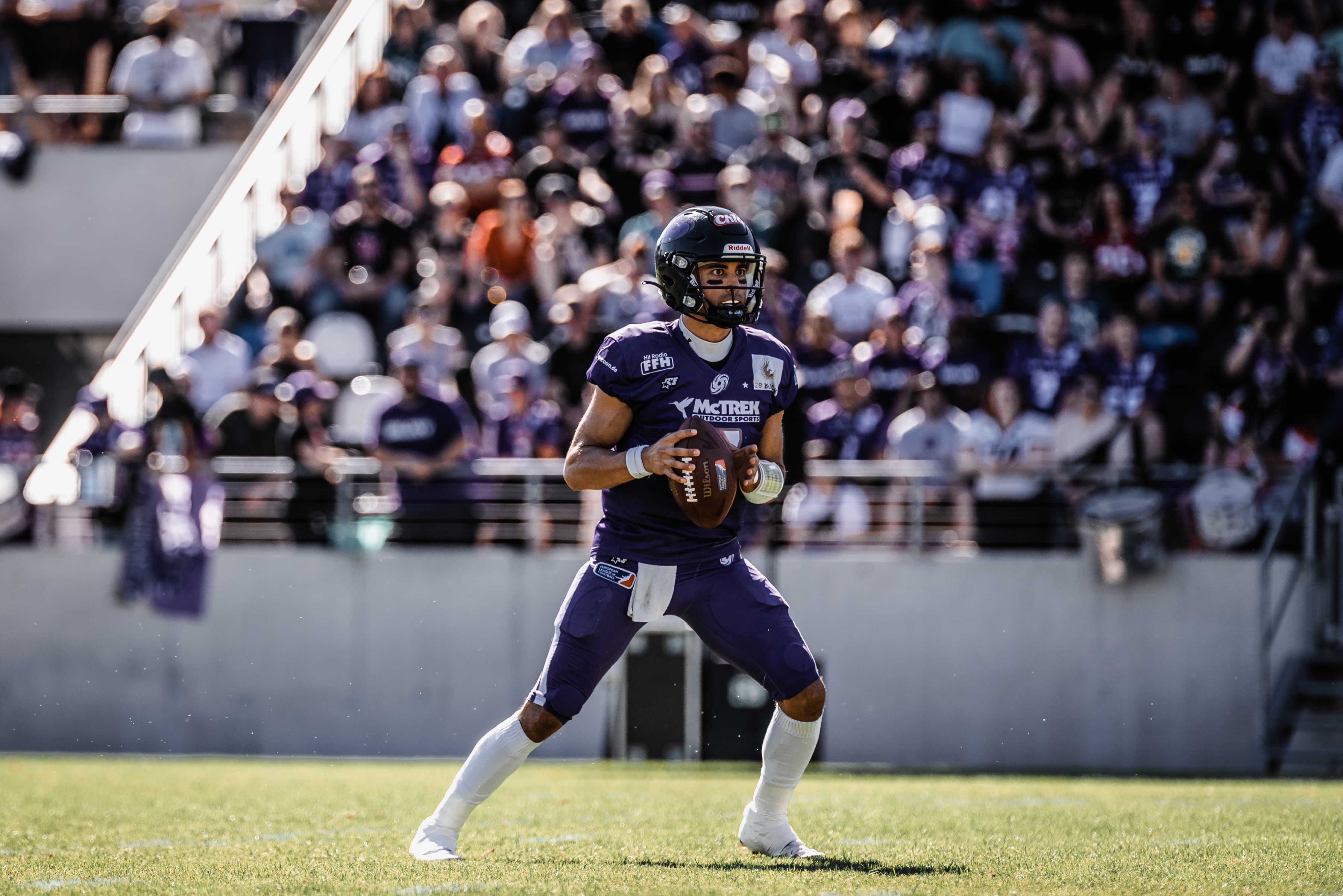 Jakeb Sullivan in the purple jersey is a great sighting for the Galaxy fans. © Fiona Noever

Huge re-signing! The Frankfurt Galaxy have extended the contract of quarterback Jakeb Sullivan. The Championship Game MVP and Offensive Player of the Year in 2021 goes into his third season with the Galaxy and already becoming the fan favorite across the board. At 28-year-old, he has enough experience in Europe, already dressing up before for the Vienna Vikings in the AFL and Marburg Mercenaries in the GFL. Sullivan led the Galaxy to the first ever European Championship in the European League of Football and was one of the most productive quarterbacks in the last two years.

Head coach Thomas Kösling: "With Jakeb we have started the adventure European League of Football and with Jakeb we also go into the future. He is our franchise quarterback and belongs to the absolute top in Europe. We are happy to be able to rely on continuity at this important position and the fans can look forward to many spectacular plays."

"He is a leader of the team, on and off the field"

General Manager Christopher Knower: "We are very proud that Jakeb will be with us for another year and that he has placed his trust in us. Jakeb is one of the best quarterbacks in Europe and very valuable for the team. An absolute crowd favorite. He is a leader of the team, on and off the field."

Quarterback Jakeb Sullivan: "I am very excited to say I will be returning to the Frankfurt Galaxy for the 2023 season. I can ́t wait to get back on the field and compete together with my coaches and teammates. 2023 will be a fun one, let's go!"

With 2.930 yards passing, 31 passing touchdowns and only seven interceptions, he ranked fourth in yards and fourth in completion rate with eleven games played. His backup quarterback Moritz Johannknecht started one game against the Panthers last season, while Sullivan needed to sit out a game due to injury. Having Jakeb Sullivan in the line-up will likely keep the Galaxy in playoff-contention for the upcoming season, yet again.