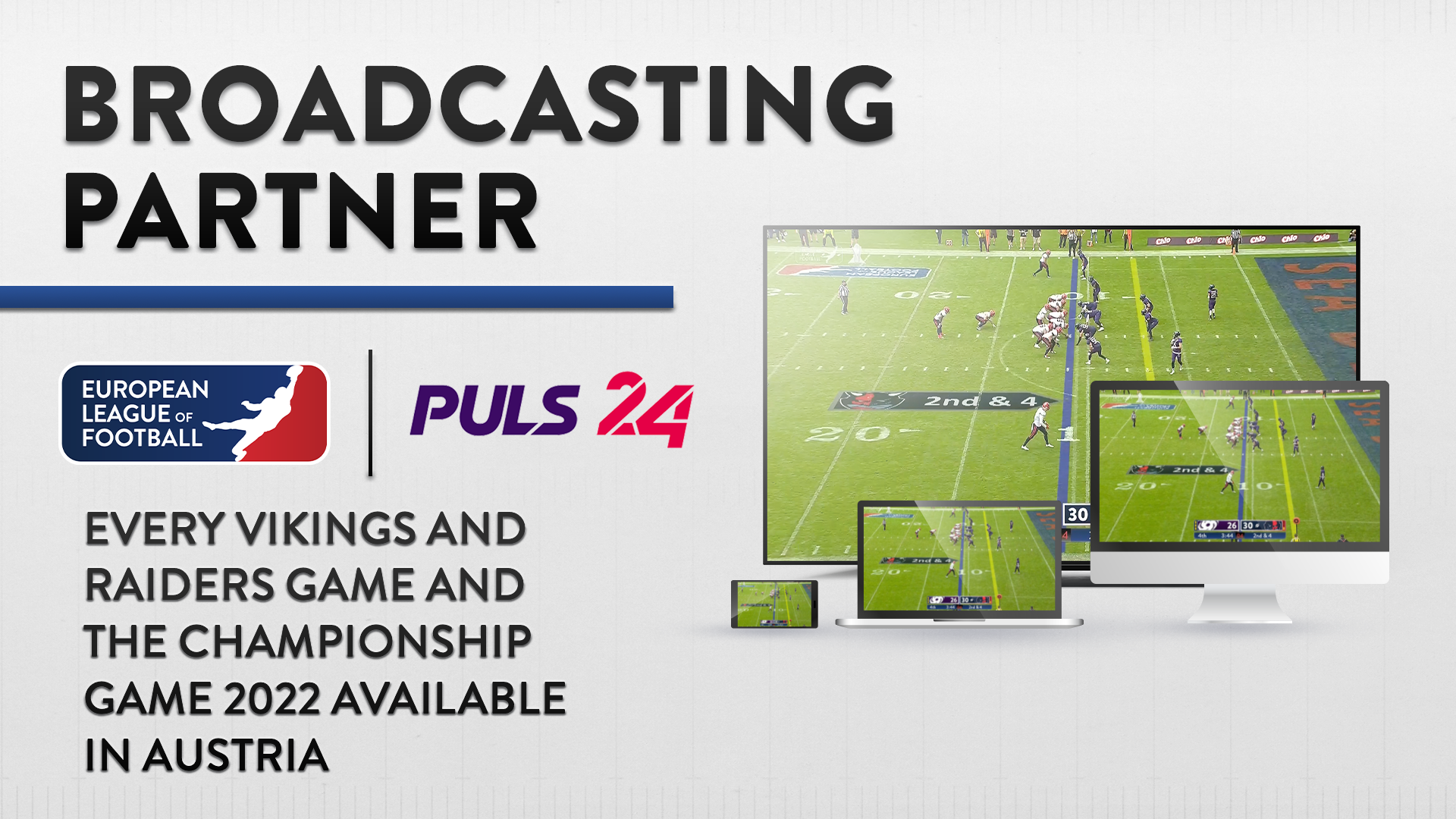 Great news for all football fans in Austria! PULS 24 continues to expand its programming around American football and will broadcast all games of the Vienna Vikings and the Raiders Tirol in the 2022 season of the European League of Football live between June and September. Both games of the Austrian teams can be seen per matchday. One game live on PULS 24 and the parallel game with Austrian participation on the free streaming app ZAPPN (https://zappn.tv/) and on puls24.at.

"With the European League of Football, we are also giving this wonderful sport the professional stage on our continent that players and fans deserve. We are proud to have PULS 24 on our side as the Home of Football in Austria and to be able to offer the league to a large audience," says Zeljko Karajica, Managing Director of the European Leagueof Football.

Mario Lenz, Managing Director ProSiebenSat.1 PULS 4, is looking forward to the cooperation: "The success story of Football in Austria continues. With the European League of Football, we are offering our viewers a new, attractive league of this fascinating sport with a lot of Austrian participation, in addition to the NFL. With our proven NFL crew around presenter Phillip Hajszan, we will enthusiastically accompany the 2022 season on TV and additionally with exclusive games online."

After eight franchises from three nations competed in the past premiere year, the European League of Football is already growing to twelve teams from five countries in its second season. In addition to the Vienna Vikings and the Raiders Tirol, the Istanbul Rams from Turkey and Rhein Fire from Germany will enter the competition and challenge last year's winner Frankfurt Galaxy, finalist Hamburg Sea Devils, Berlin Thunder, the Cologne Centurions, Stuttgart Surge and the Leipzig Kings (all Germany), the Barcelona Dragons (Spain) and the Panthers Wroclaw (Poland).

"The Vikings and the Raiders have dominated football in Austria over the last ten years and I am convinced that they will also prove their quality on the international stage and play a good role directly. We are excited to see how far it goes," said Patrick Esume, Commissioner of the European League of Football.

On June 5th (3 p.m.), PULS 24 will kick off its partnership with the European League of Football directly with the "Battle of Austria" between the Raiders Tirol and the Vienna Vikings from Tivoli Stadium in Innsbruck. On September 25th, the 2022 season will end with the Championship Game at Klagenfurt's Wörthersee Stadium, which will be broadcast live on PULS 24 and in the free streaming app ZAPPN.