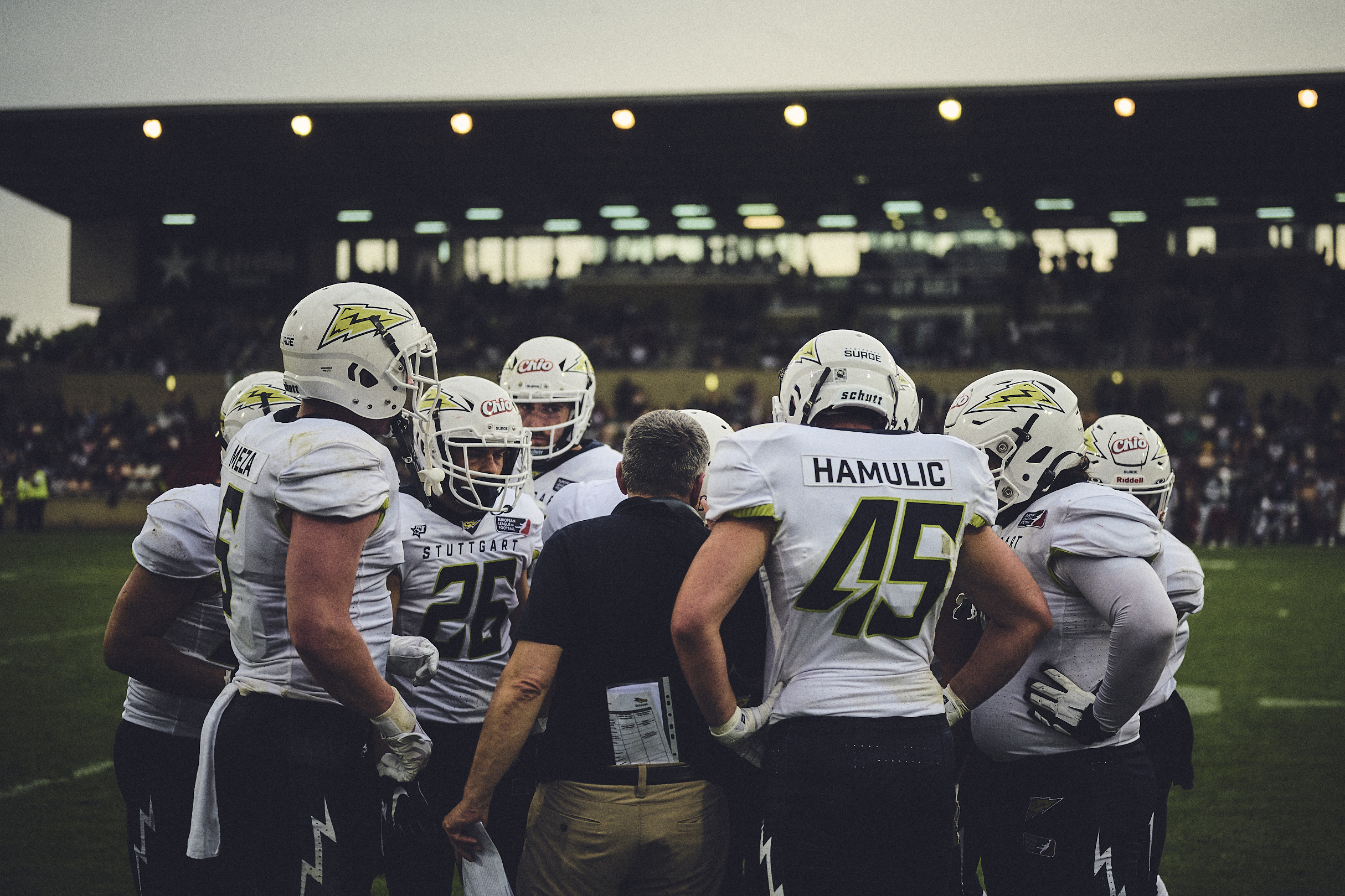 Football is a game of details, just like chess. One missed hold on a PAT attempt or a receiver missing his spot by inches could result in a loss. As some players share the field for the first time since one and a half years, the timing and routine can sometimes be off. The following weeks will show where the teams stand and what to expect. But so far,the league has close and exciting games for the fans.

While teams like Leipzig used their incredibly good wide receiver core to call many pass-plays out of different formations like empty or single back, others showed different points of emphasis in their game. One of the teams who had a completely different approach compared to the Leipzig Kings were the Cologne Centurions. Kirk Heidelberg’s game is based on running the football. While the Centurions had some problems spreading the ball to receivers like Quinten Pounds and Noah Aarass early on, the Leipzig Kings only had 51 yards rushing in total. The Centurions changed their style of play with Weinreich coming in. Putting in Madre London in combination with Jan Weinreich and Quinten Pounds helped to control the game.

Despite having Adria Botella Moreno as the focal point of the offense, the Sea Devils had problems targeting wide receivers like Benjamin Mau or Kwame Ofori. The Galaxy held the Sea Devils to only 85 total passing yards. Botella Moreno had 51 yards in receiving and was leading the group of pass catchers. Madin Cerezo, Lukas Rehder, and Mau all had under 15yards. This is an interesting fact to pay attention to in the future.  Having Jadrian Clark, who was able to convert the ball in the most meaningful situations, was of tremendous help. His opponent Jakeb Sullivan, quarterback of the Frankfurt Galaxy, was able to spread the ball to his receivers but often times the offense did not manage to finish what they began. Converting in key situations and special teams helped Hamburg to win the game in the last second, as well as consistent pressure and consequently three total sacks against Sullivan.

Looking at the Saturday-Night game between the Stuttgart Surge and the Barcelona Dragons, one thing stands out: Barcelona had 299 yards passing with 10 yards on average per attempt and somehow still lost. Stuttgart had trouble with handling Jéan Constant, Remi Bertellin and running back Antonio Montón. The Surge were there in clutch moments what led them to win the game.

Berlin Thunder had problems with their offensive line play worsened by an early injury.  Berlin’s offensive line allowed eight sacks for a combined loss of 46 yards. It will be interesting how they manage to change this with the help of their upcoming bye-week. Having quarterbacks like Calvin Stitt or Dammy Agbabiaka helps Berlin to stay effective at quarterback, even though constant pressure was applied by the Leipzig defensive front.