Playoffs? You Win – You´re In!

The Cologne Centurions need one more win to secure their playoff spot! 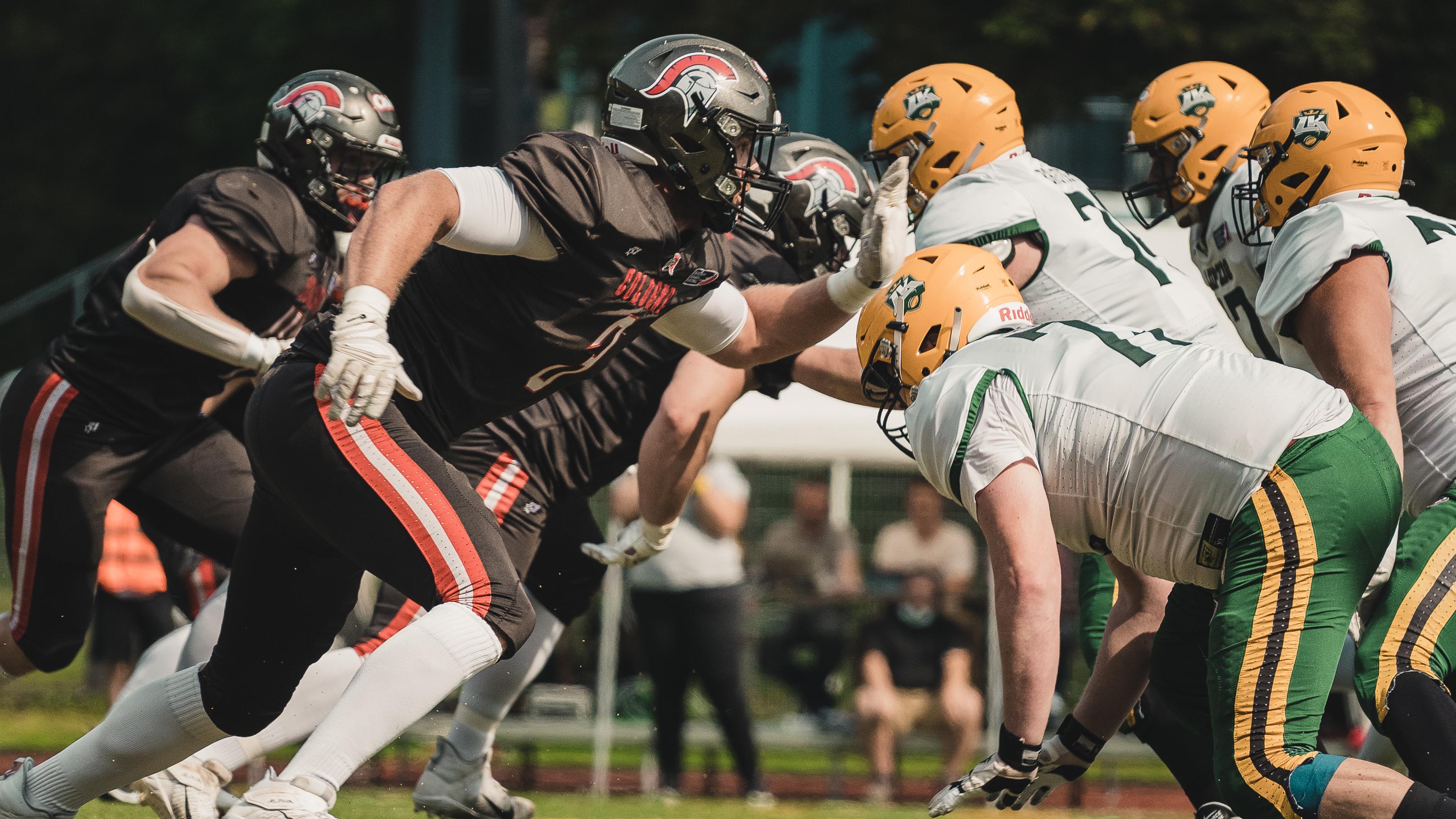 The Centurions on the field against the Kings in week ten. Credit: Frederik Löwer

On Sunday, the Cologne Centurions will meet Stuttgart Surge at 5 p.m. on the Ostkampfbahn. The starting point couldn't be clearer. With a win against Stuttgart, Cologne would be in the final round of the best four.

This would be a great success for the men around Head Coach Kirk Heidelberg, but he still doesn't want to look that far: “I'm not thinking about the playoffs. Right now I'm just thinking about the next game against Stuttgart and the fact that we have to improve. We have to do execute better and play better. That is my main thought. We have to get better“.

The reason why he pumps the brakes even though the playoff participation is within reach is obvious. Last weekend his team lost 24:42 against the Leipzig Kings: “That was our worst game so far. We made too many mistakes. Mental mistakes and critical mistakes. We turned the ball over and put Leipzig in a good position. We made it too easy for them and couldn't play consisten good football ourselves. That's why this loss angers me the most“.

But HC Heidelberg also sees a positive development: “Our defense has really improved and did a good job. Unfortunately, we have put them in a bad field position too often. I am sure that our defense against Stuttgart will improve once more”, he says, thus creating a link with the game on Sunday.

The opponent is known, for some members even well-known. In the first game, the Centurions won 39:23 on the road against Stuttgart Surge. Kirk Heidelberg knows that despite the victory in the first meeting, the game on Sunday will be anything but easy: “Stuttgart is a different team now. They have strengthened themselves and have added good players. With their bye-week, Coach Hanslemann had enough time to prepare his men well for us”.

The Stuttgart Head Coach is no stranger to Cologne. For several years he led the Cologne Falcons in the GFL as their Head Coach and, among other things, into the playoffs. There, he and his team won the quarter-finals against the team from Stuttgart: "Martin [Hanselmann] is a very good coach. He is intelligent and knows about the details", Heidelberg praises his opponent.

What he has to prepare his team for himself is clear to him: “Every team in the league wants to stop Madre [London]. The Surge will also try to stop our run first. We have to establish our passing game to get our running game going. We can't afford to make mistakes or turnover the ball. We have to be more effective, especially in the red zone. We have to get in to the endzone and hit the extra points“.

Head Coach Heidelberg is optimistic that his team can meet those requirements. But he also knows that “anyone can beat anyone in this league. We don't take it lightly and have to focus on ourselves“. A winner might not yet been determined, but it is already certain that it will be a game with a lot of scores. Cologne features the best rushing attack in the league and hopes to be able to ignite an offensive firework even though they are without their injured top receiver in Quinten Pounds. The guests from Stuttgart allowed an average of over 35 points in the last few games. Whether Kirk Heidelberg is correct with his guess, the Cologne defense increases and prepares the way to the playoffs will be shown on Sunday starting at 5 p.m.