Kickoff 2022: A last-minute win for the Cologne Centurions

What. A. Game. The Istanbul Rams made life difficult for the Cologne Centurions in the first game of the 2022 season! 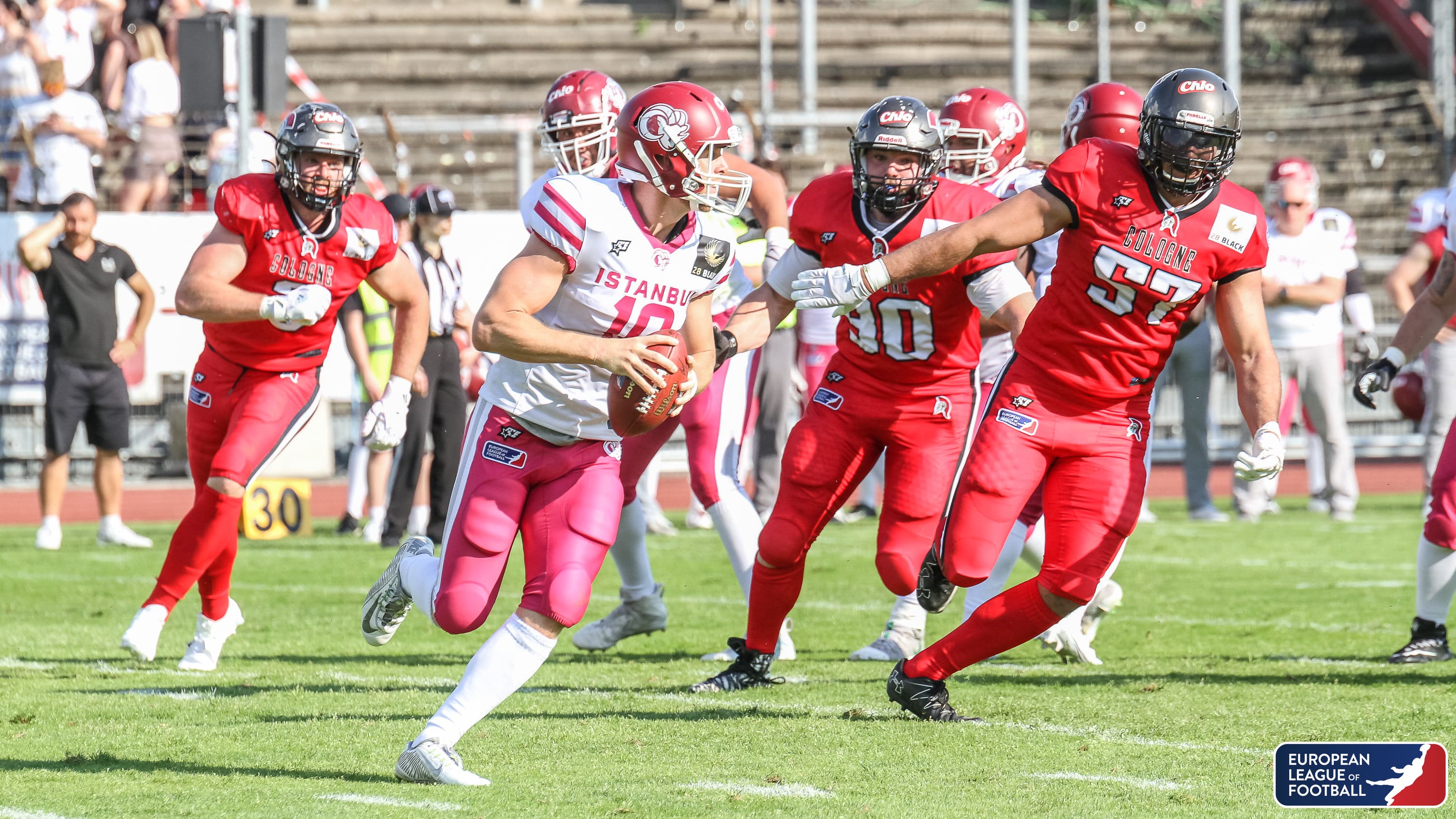 The Istanbul Rams were the big question mark going into the 2022 season. No one really knew what they were capable of. Yesterday, the Turkish franchise showed that they can hang with every franchise in the European League of Football by almost beating a 2021 playoff team. With the clock hitting zero, the Centurions defeated the Rams with a final score of 40-38.

Starting the game with a 9-0 lead over the Cologne Centurions, the Rams surprised fans around the league.

However, the Centurions came back strong and were able pull off a last-minute win with the help of three touchdown catches and 110 receiving yards by American wide receiver Quinten Pounds and a strong defensive performance.

Centurions’ linebacker Flamur Simon made a name for himself in the first half of the game with two interceptions of which he returned one to the endzone for a touchdown.

Nevertheless, the Rams were going strong as well with British running back Tyrese Johnson-Fisher rushing for 82 yards and two touchdowns.

Former Stuttgart Surge linebacker Zachary Blair also had a strong first game with the Rams recording eight total tackles, one sack, two tackles for loss, one forced fumble, one fumble recovery and one blocked punt that led to a safety.

Both teams showed a lot of potential but also left a lot on the field. Expect the two franchises to be even better in week two with time to go back to the drawing board.