The Munich Ravens secure the MVP for the next season in another role. 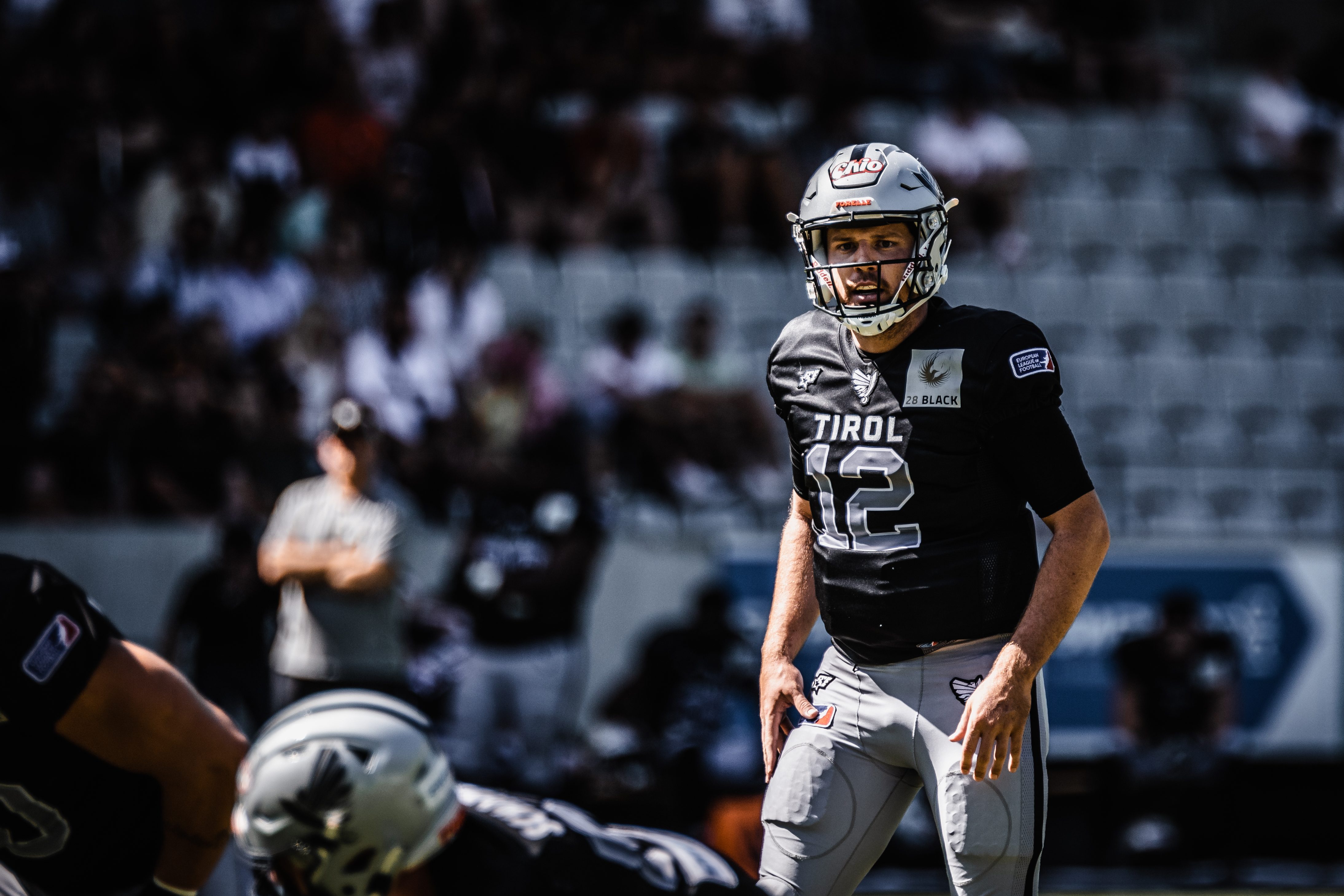 Sean Shelton will wear the black and blue in the future as Director of Sporting Operations in Munich. © Fiona Noever

After the former Raiders Tirol player and 2022 European League of Football MVP announced his retirement after the weekend, the 31-year-old is moving to the Munich Ravens. There, he will build and shape the Ravens' athletic infrastructure in his new role, the Munich Ravens said in their press release.

A legend in Europe stays in the league

In his career in Europe, he threw for more than 33,000 yards and 446 touchdowns, totaled 40 yards and 3,135 passing yards in the European League of Football. On his career ending, he wrote the following on Instagram,

"Now it is time for a new chapter of my life to begin. A chapter that I am so excited for but no matter how exciting the future is, turning the page on the best time of your life is never easy but inevitable."

‍
He served in various coaching positions with the Raiders and was also a coach with the Austrian national team. The US-American is looking forward to the next step in his career: “I am thrilled to be part of such an exciting project. With the pool of talented players in Bavaria and the leadership within the Munich Ravens organization, the franchise will provide players with a unique environment to play football."

"Build a competitive football team right from the start"

‍
Sebastian Stolz, General Manager of the Munich Ravens: "We are very excited to have Sean Shelton on board. For many years he was the best quarterback in Europe, which he proved once again impressively in the past season of the European League of Football. His leadership qualities, his passion for our sport as well as his network and reputation within the football community will help the Munich Ravens to build a competitive football team right from the start."

‍
Already on November 5th, the Ravens will host their first try-out of the European League of Football in Munich's Olympic Stadium. With Sebastian Stolz, he has an acquaintance at his side as general manager.