European League of Football and NRJ / ENERGY enter into partnership! 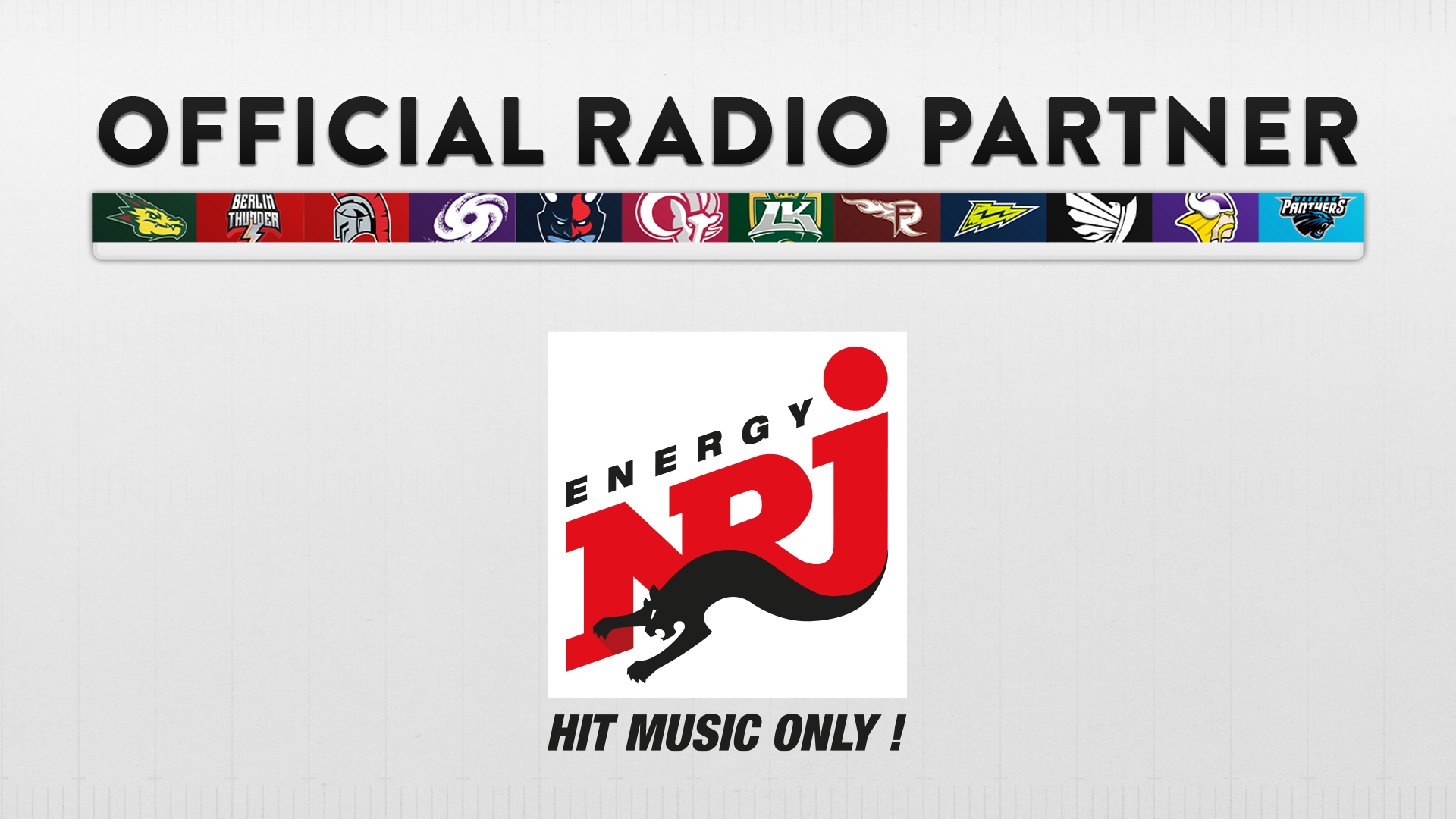 The European League of Football has found a new radio partner in NRJ / ENERGY. With several million listeners every day, NRJ / ENERGY is one of Europe's largest entertainment providers, making it the perfect match for the best European American Football League.

‍
With over 700 frequencies in 18 countries, NRJ / ENERGY is the largest international radio brand. In Germany and Austria, NRJ/ ENERGY broadcasts nationwide on DAB+ and also local programs on FM and DAB+ in the biggest cities.

"A strong partner for the season"

Over 100 events per year, web radio with almost 40 genre channels, podcasts with topics ranging from music and family to sustainability, mobile app, extensive social media channels and the online portal makes NRJ / ENERGY a cross-media brand that captures the attitude to life of the young generation.

‍
"With NRJ / ENERGY, we have found a strong partner for the season who will actively support us in the regular season, at our Championship Game and the associated pre-game party," says Zeljko Karajica, CEO of the European League of Football.

"Both partners complement each other perfectly"

Laurent Guillot, International Brand & Marketing Manager at NRJ / ENERGY is thrilled: "We are very pleased to be the official radio partner of the EUROPEAN LEAGUE OF FOOTBALL. Both partners complement each other perfectly, because NRJ / ENERGY, as the largest European radio brand, is also internationally positioned and one of the leading station chains for the young target group. NRJ / ENERGY's programming, with its focus on hits and entertainment, also fits very well with the big colorful events surrounding the European League of Football matches."

‍
The 2021 Championship Game at the MERKUR SPIEL Arena in Düsseldorf, shortly after the relaxation of the Corona measures, was attended by 21,000 spectators. The final of the imminent 2022 season will take place on September 25th at Wörthersee Stadion in Klagenfurt, Austria. One thing is guaranteed: NRJ / ENERGY will provide good music!

‍
The Game Pass for the European League of Football is available here: https://europeanleague.football/game-pass#/
Tickets for each game are available via Ticket Master: https://shops.ticketmasterpartners.com/european-league-of-football