Cologne Centurions WR Louis Geyer: ‘[Quinten Pounds] is a mentor for me’ 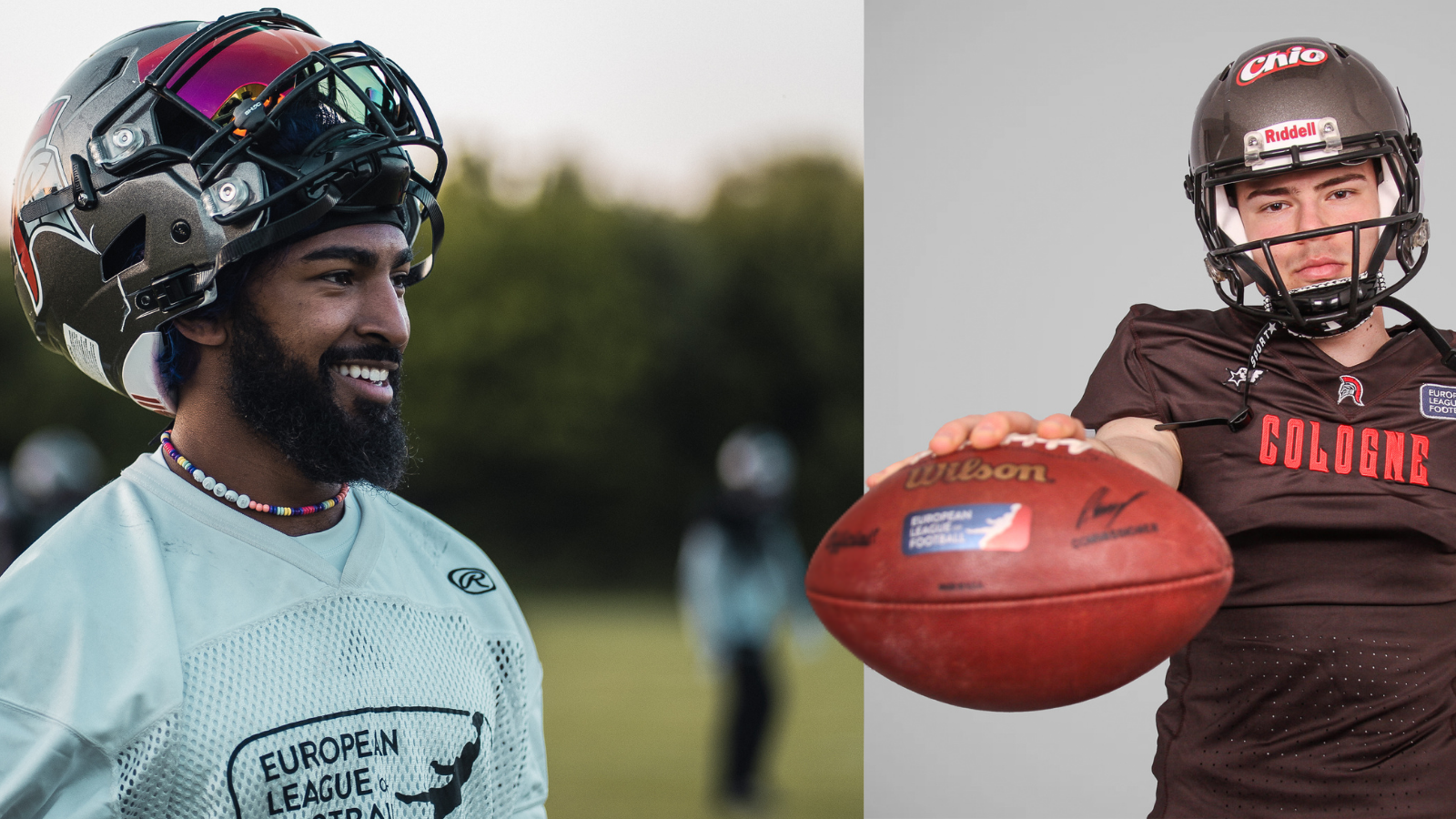 The Cologne Centurions have re-signed American wide receiver Quinten Pounds just weeks after the inaugural season of the European League of Football came to an end.

If you look at his stats, this move seemed more than reasonable. But the value a player like Pounds brings to a team is much more than just catches and yards.

“Q [Quentin Pounds] really is a mentor for me,” former Stuttgart Surge wide receiver Louis Geyer noted. “During the week, I practice with him on my releases and the wide receiver position in general. I am so happy to have a guy like him around me as I can constantly learn from him an he is always there to help.”

In an interview, the former Division I wide receiver noted that he is impressed by Geyer’s willingness to develop his skills. “I like him a lot. He’s a guy that always wants to get better,” Pounds noted. “He’s asking questions, asking about what he can do to get better, asking what I think about this route or this release. He’s always constantly trying to get better to be the best version of himself.”

A playmaker on the field

In eight games, Pounds caught 44 passes for 669 yards and eight touchdowns. This year, the explosive wideout will have twelve regular season games to show his skills.

“In my opinion he is the best import wide receiver in the league,“ Geyer said about his teammate Pounds. With a wideouts like Pounds, Geyer, and Paul Lenhardt, the Centurions have one of the better pass catcher groups heading into this season.

In an interview, Pounds noted that the Centurions have all the tools to make a run at the playoffs and even the championship game. “[The] sky is the limit. I think there is no limit. I think that we can do whatever we put our minds to. We have a lot of potential on our team, a lot of great football players, and a lot of great coaches. It’s all up to us to go out there and execute every single game and just take it one game at day and one play at a time.”

In less than two weeks, the Centurions will kick off the second season of the European League of Football at home against the Istanbul Rams on June 4It will be interesting to see what the improved Centurions will do against one of the new franchises of the league.

Click here to get your tickets for the first game in 2022!