Two of the best teams in Europe will face off at the Championship Game this Sunday! 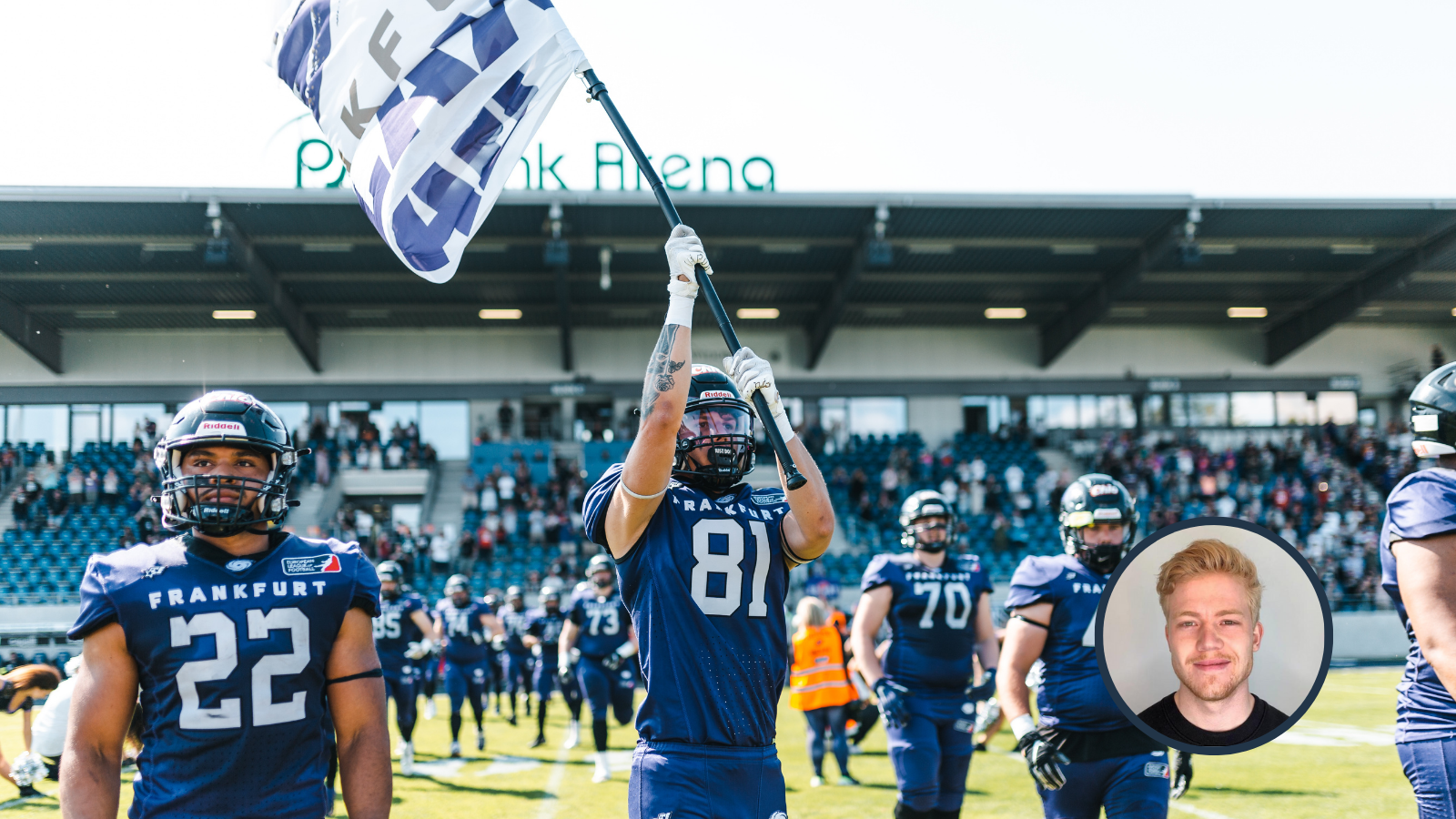 Galaxy waving their team flag after a win in the regular season. ©Alex Stoll

On Sunday, it will be the third time the Frankfurt Galaxy (9-1) and the Hamburg Sea Devils (7-3) face off in 2021. In week one of the regular season, the Sea Devils came away with a close win as the final score stood at 17-15 at Stadion Hoheluft. However, the Galaxy got their revenge with a 35-9 win over the Sea Devils at home in week eight.

Now, both teams will meet again in the Championship Game tomorrow at 2:45 p.m. CEST.

If you need a last-minute overview of what might be important in the most important football game in Europe, this article is just for you.

In my opinion, the special teams performance will be critical for both teams. As mentioned in the preview article for the special teams, the field position will be of great importance because both teams have great defenses which will make it difficult to move the ball.

On top of that, the Sea Devils have one player on their roster who could definitely change the outcome of the game tomorrow: kicker Phillip Friis Andersen. He converted 85.2% of all field goal attempts and 91% of all PATs. If the game comes down to the wire, look out for Andersen to make the difference.

The Sea Devils have another weapon on special teams with returner Justin Rogers. He recorded 1197 total yards returning punts and kick-offs. On top of that, he scored four touchdowns on returns and averaged over 20 yards per return. The Galaxy have Mahoungou and Williams who returned most the punts and kick-offs. Both were efficient as well with Williams averaging 17.1 yards per punt return and Mahoungou averaging 31 yards per kick-off return.

In addition to the usual punt and kick returners, look out for Justin Rodney to possibly be involved in the return game for the Galaxy much more than he used to! He showed incredible burst and speed on a 99-yard kick-off return touchdown against the Centurions which maybe gets him more touches on special teams tomorrow.

In my opinion, it will be of great importance to establish the run game, especially for the Sea Devils. This would take pressure off of Clark and would give playmaker Xavier Johnson more shots to do something with the ball in his hands. The Galaxy will have an advantage on offense because of their dual-threat quarterback Jakeb Sullivan, a rotational backfield with three starting-caliber running backs, and a loaded receiving corps.

Other key players tomorrow will be former NFL pass-rusher Kasim Edebali. He will boost the Sea Devils defense and their pass-rush to limit Sullivan’s productivity on offense after coming back from an ankle inury.

Both defenses are stacked with playmakers but look out for Sea Devils captain and All-Star linebacker Miguel Boock to have an impact on the game tomorrow. He only played five games throughout the season but recorded six tackles for loss, one sack and 27 total tackles. Even more important than his stat line is his presence and leadership for the Sea Devils on defense.

The Galaxy defense has a lot of playmakers and key players as well but look out for Swedish All-Star linebacker Sebastian Gauthier and All-Star linebacker Sebastian Silva Gomez. This talented duo of linebackers is dangerous when they are on the field together. If you combine their stats, they recorded 30 tackles for loss, ten and a half sacks, 67 solo tackles, three interceptions, and three forced fumbles in eleven games. If this doesn’t scare you as an opposing offense, nothing will.

The Sea Devils offense has running back Xavier Johnson as their best athlete who should see a lot of touches alongside tight end Botella Moreno who leads the team in targets and receiving yards.

Galaxy’s offense features a lot of playmakers with former NFL wide receiver Anthony Mahoungou, quarterback Sullivan and running back Gennadiy Adams. The biggest advantage of Galaxy’s offense is their quality and depth at most of the positions which makes them tough to predict.

If you look at the points scored in all four quarters throughout the season, the Sea Devils were most dominant in the first and third quarter as they scored more than double the points compared to their opponents. The Galaxy scored 119 total points in all first quarters of the season combined, compared to just 15 points scored by their opponents. This trend goes on in the second and third quarter. However, the Galaxy were outscored by nine points in the fourth quarter.

In my opinion, the Sea Devils will have a chance to win the game if they are able control the line of scrimmage defensively and limit Galaxy’s offensive production. This would give the Sea Devils the edge because of elite special teams play and their All-Star kicker Andersen.

However, if the Galaxy start out hot in the first half, I believe their defense won’t let the Sea Devils come close again.

If you want to learn more about each position group in detail, just scroll down the news column on the European League of Football website.

If you would like to be at the first Championship Game of the European League of Football tomorrow, you still have the chance to purchase tickets via Ticketmaster.