The second Championship Game of the European League of Football history kicked off in Klagenfurt, Austria! 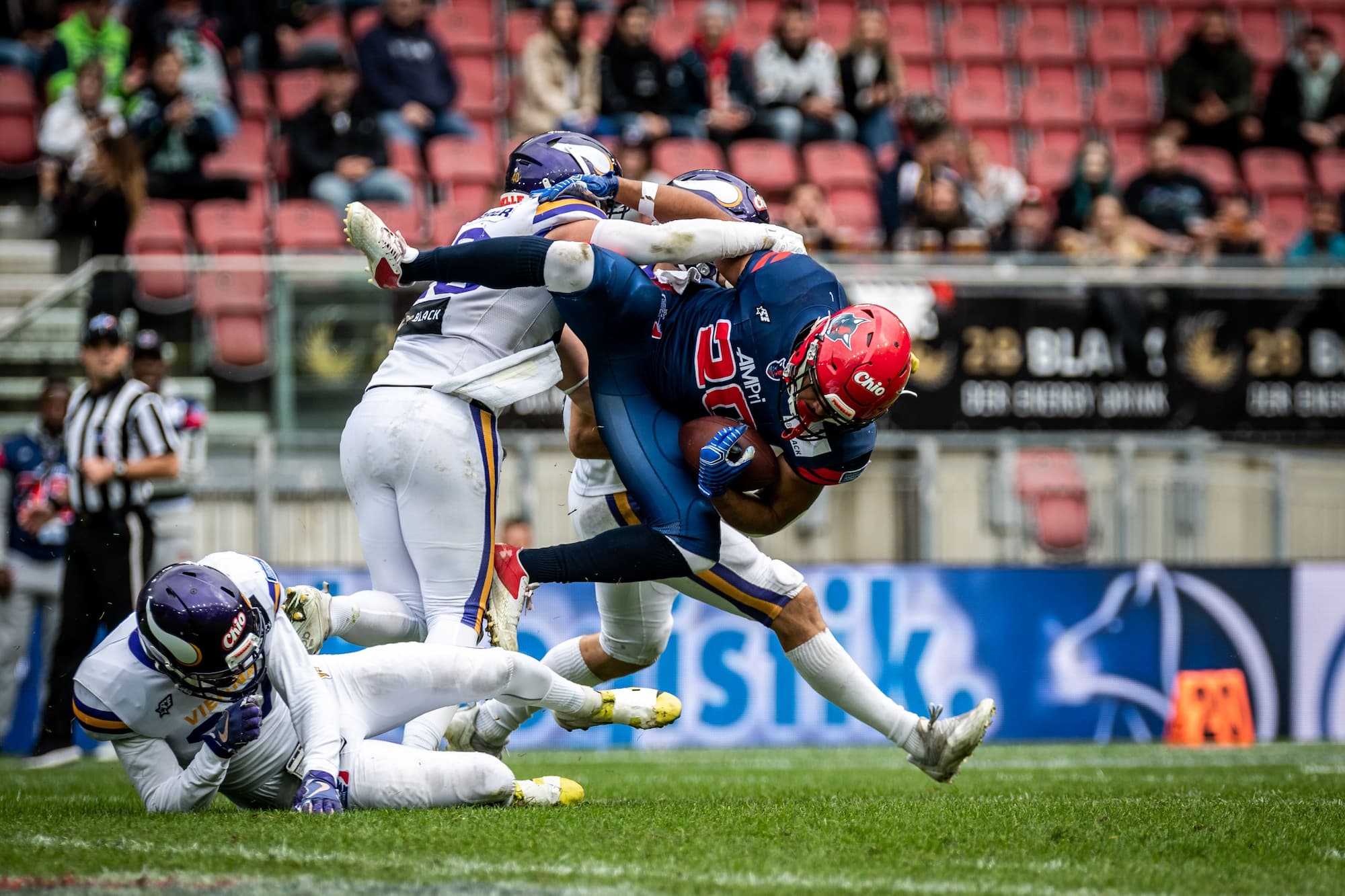 The Vienna Vikings are the 2022 champions of the European League of Football!

On the flip-side, the Vienna Vikings produced big-play after big-play with quarterback Jackson Erdmann completing almost all of his pass attempts.

However, a momentum shift took place when linebacker Daniel Laporte intercepted Vikings quarterback Erdmann for the first turnover of the game late in the third quarter. With the score at 24 – 12, this was a much-needed play for the overwhelmed Sea Devils defense.

Despite reaching the endzone twice in back-to-back drives, the Sea Devils were not able to punch in the ball for their second touchdown of the game. Instead, the Hanseatic franchise let Special Teams Player of the Year Eric Schlomm convert two field goals.

As for the Vikings, their defense was fully capable of slowing down Glen Toonga and the entire Sea Devils offense in the redzone.

A fumble by returner and wide receiver Lamar Jordan III in the middle of the fourth quarter sealed the deal for the Vikings who were leading throughout the entire game.

Overall, the Sea Devils were not able to attack on the ground with league-leading rusher Glen Toonga. This made life even tougher for German quarterback Salieu Ceesay who was heavily under pressure by the Vikings all day long.

The Sea Devils tried to come back into the game after trailing by 12 points in the fourth quarter. As the clock was on Vienna’s side and the Sea Devils offense under pressure to score, Ceesay through an interception into triple-coverage.

After this desperate but needed pass attempt, the Vikings tried to end the game by running the ball.

At the end, Sea Devils running back Toonga ended the night with 2.1 yards per rushing attempt and a total of 36 yards on the ground. The lowest total for the British back in a game over the entire 2022 season.

The Vienna Vikings are the new champions of the European League of Football by beating the Sea Devils with a final score of 27 -15!