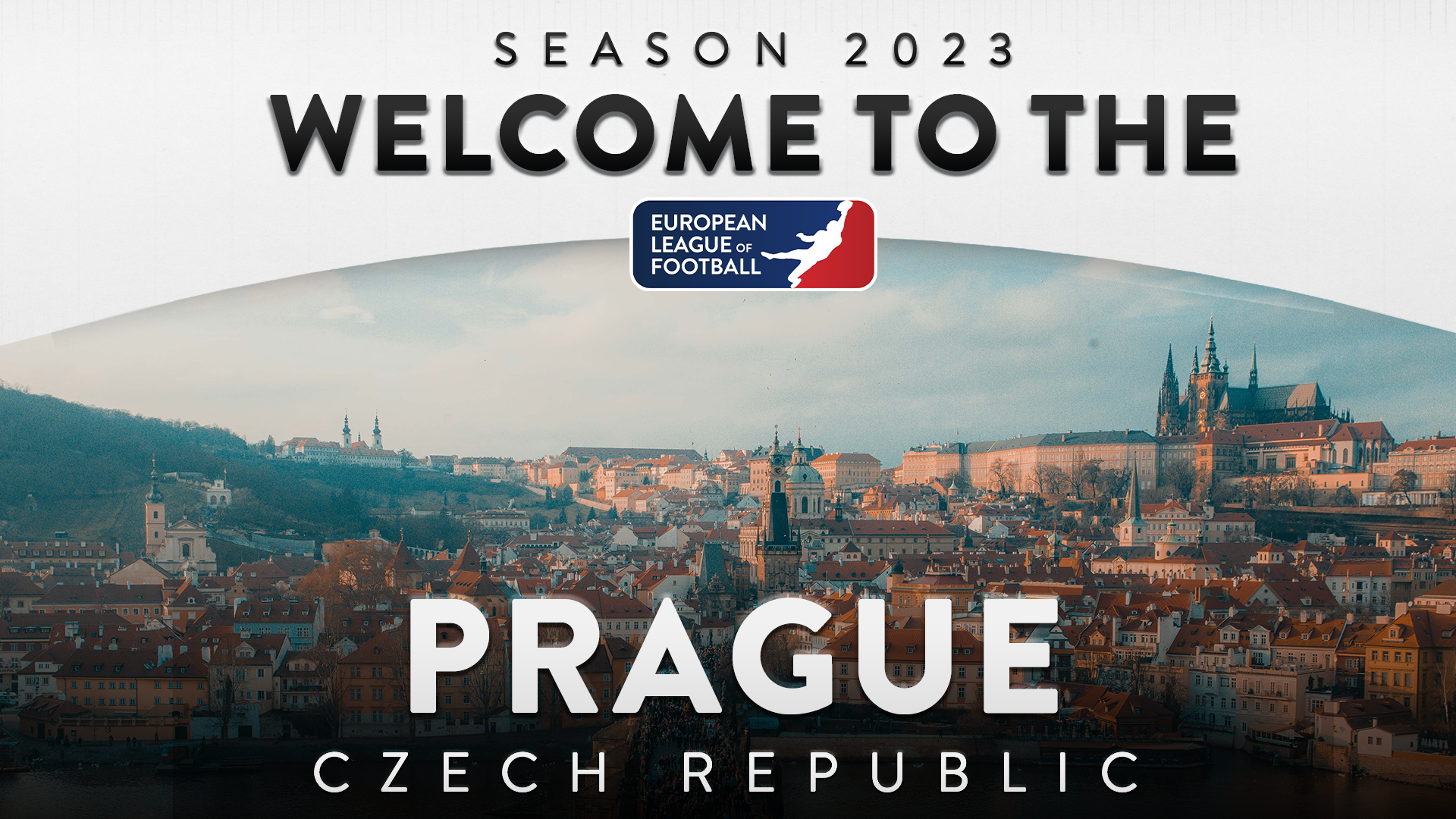 Another location will join the European League of Football in 2023: Prague, Czech Republic, and with that the new franchise Prague Lions.

With a real bang, the European League of Football says goodbye to the 2022 season and heats up the anticipation for the 2023 season: Before the great finale with the Championship Game on Sunday between the Vienna Vikings and the Hamburg Sea Devils in the 28 BLACK Arena in Klagenfurt, Managing Director Zeljko Karajica and Commissioner Patrick Esume can announce the entry of two more franchises: Paris and the Prague Lions expand the field of participants to 18 teams.

After four additions before the start of the current series with the Milano Seamen, the Helvetic Guards and the Hungarian Enthroners and recently with the Munich Ravens, the best league on the continent grows by two more locations: In ten countries, the European League of Football will inspire its fans in the future.

"We have emphasized from the outset that we see ourselves as a European league and have worked hard to back up words with actions. After Germany, Spain and Poland, Austria andTurkey joined in the second year. In the third year, Italy, Switzerland, Hungary, France and the Czech Republic will join. We had actually planned for 16 teams, but the interest in joining the European League of Football is huge. The iron is hot, so we're forging it," Commissioner Patrick Esume emphasizes. Will the Lions rule the East?

Get your tickets for the Championship Game HERE!