Commissioner Esume: "We’re going to celebrate a huge football party with fans from all over Europe" 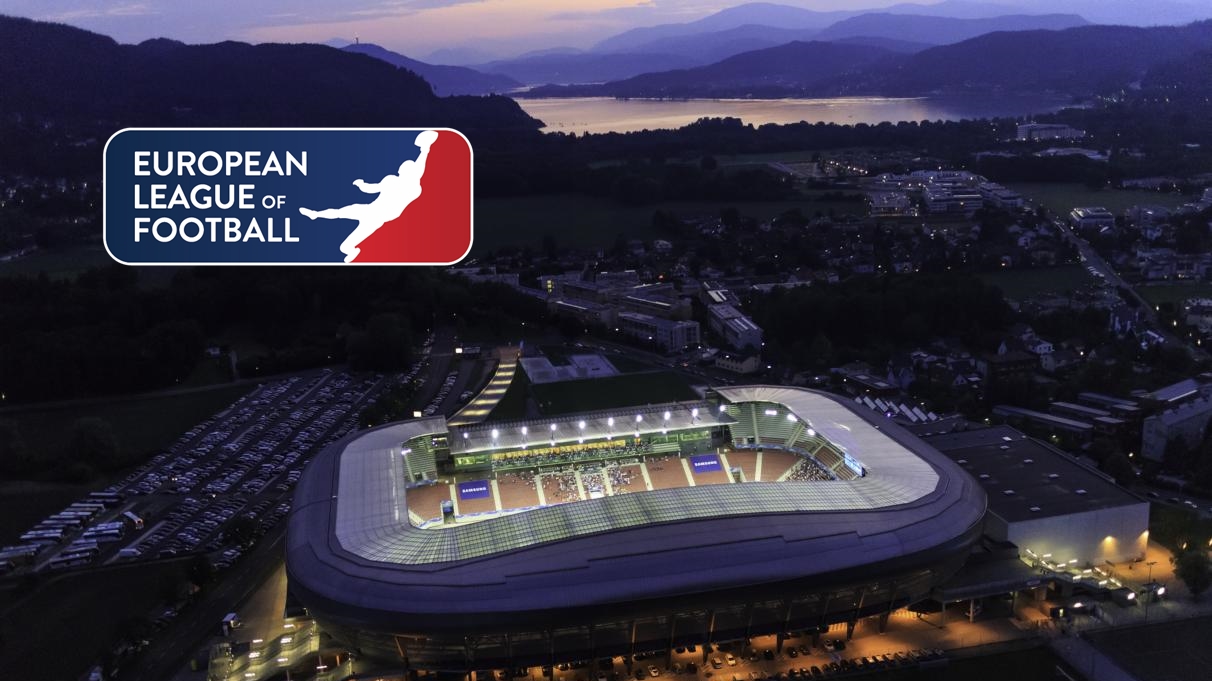 The 2022 European League of Football Championship Game will take place in Klagenfurt, Austria. Even the exact date of the event was set by the league: September 25 in 2022.

"We are very pleased to be able to host next years final in the beautiful Wörthersee Stadium. It has a capacity of 32,000 spectators and offers the perfect infrastructure in the surrounding area for a great football happening”, CEO Zeljko Karajica commented. The selected stadium for the 2022 Championship Game was built prior to the 2008 European Soccer Championship and is the second biggest stadium in Austria.

Commissioner Patrick Esume also expressed his excitement about the selected venue: “We’re celebrating a huge football party with fan from all over Europe”. Esume even took it a step further and pointed at the two new franchises in Austria that joined the league over a month ago: “With the new franchises in Vienna and in Innsbruck, Austria definitely has two hot irons in the fire. We can't wait to welcome fans from all over Europe to Klagenfurt and celebrate a huge football party with them”.

With the official venue of the 2022 European League of Football Championship Game revealed, twelve teams are ready to tackle the off-season. But there could be more teams joining the league before the second regular season kicks off: "We are still in intensive talks. Twelve teams are certain to start, but it may well be that there will be 14 or even 16 [teams]”, Commissioner Esume revealed.

Tickets for the 2022 Championship Game in Klagenfurt are already available via Ticketmaster.