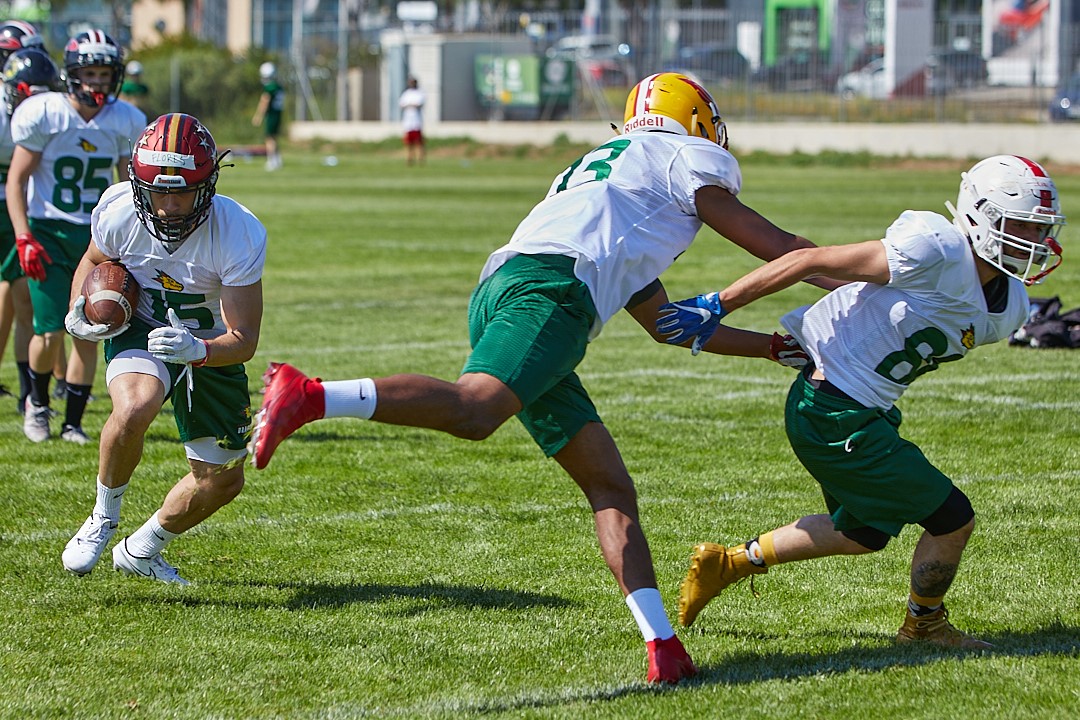 While we focused on the Northern Conference, let’s have a look at the Southern Conference. The battle between both conferences will lead to a huge final we are about to experience.

Even if Jean Constant, former Stony Brook wide receiver and returner, outruns the opposing defenses one guy to watch behind him is Mario Flores. A receiver that will not disappear in the shadow of standout player Constant. Flores has phenomenal hands and great awareness to attack open spaces inside defensive structures of opposing teams. He is as smart as he is athletic and could become a touchdown-machine, having Constant as Barcelona’s possible go-to-guy.

Smart and a huge frame to attack the air. Lorenz Regler will be a force in the passing attack. With 1,94m/ 6‘36ft, Lorenz is one of the tallest receivers in the league, running with huge strides and covering a lot of room. A receiver paired with other receivers like Anthony Mahoungou and quarterback Jakeb Sullivan could be a scary sight.

There is a lot of talented guys coming up for the Surge. Louis Geyer and Alex Eitel are the ones that could make the next step this upcoming season. Eitel is more of slot guy to include in short passes with quick releases and jet sweep concepts, while Geyer could be physical upfront being a force in the running game as well. Both guys are a must watch from week 1 on.

It’s not a one-man-show with Quinten Pounds at wide receiver in Cologne. One other guy that could be outstanding if he reaches his full potential this season is Ramin Akhlaghi. He works well in traffic and can play inside as well as outside. Akhlaghi finds open spaces and can win 50:50 balls against taller cornerbacks. This makes him one of the more interesting players to look out for coming late in June.