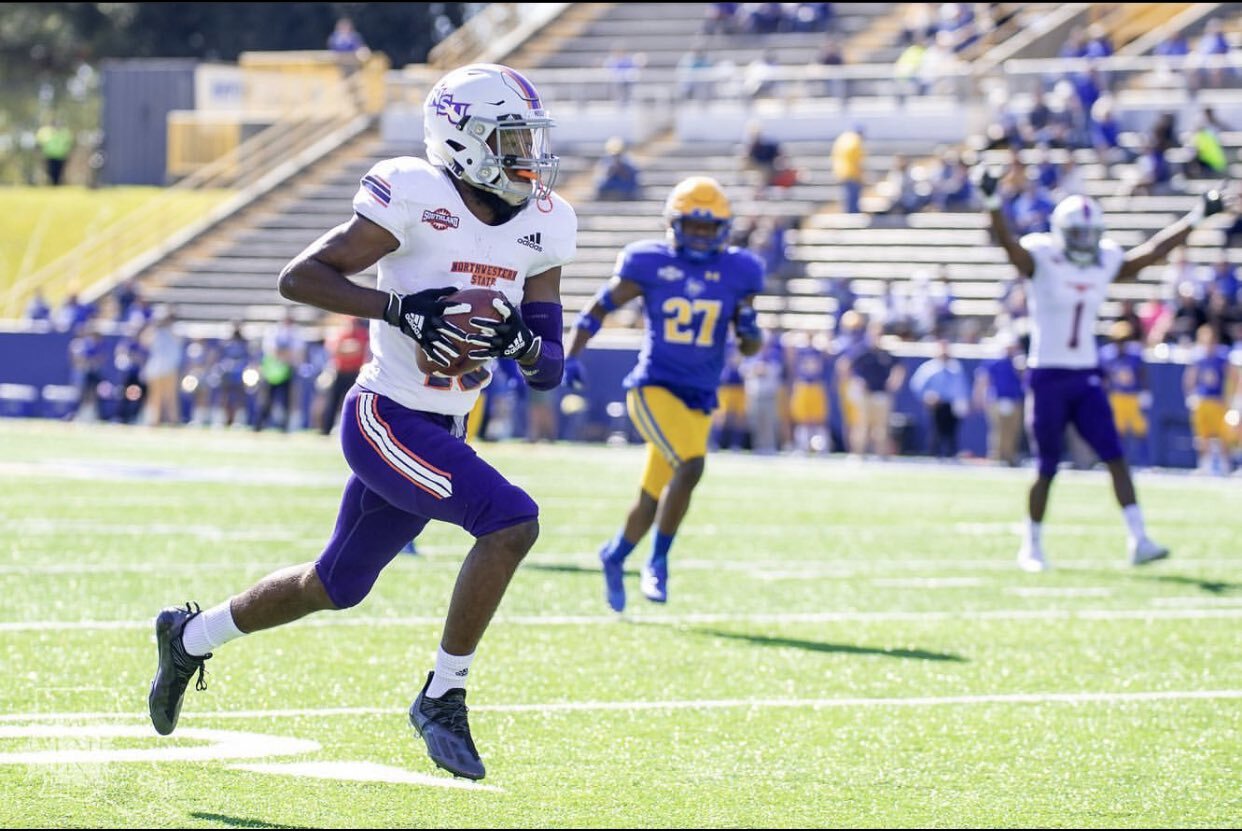 Fehérvár Enthroners sign one of the fastest players the European League of Football has ever seen! © Northwestern State Athletic Department

The European League of Football heads towards its third season. All 17 franchises are looking for the best players available in Europe and from around the world. But what franchise won this past week with its mind-blowing signings?

The Fehérvár Enthroners are secretly having a great offseason so far. No matter if it is signing former Leipzig Kings quarterback Gabriel Cunningham or Hungarian turnover machine Dávid Tóth, the Enthroners are adding playmaker after playmaker to their roster.

Now, the Hungarian franchise added one of the fastest players the European League of Football will see in 2023. American wide receiver Jay Griffin IV will be a force to be reckoned with simply because of his speed. Look out for him to take the top off opposing defenses on a weekly basis.

But the 180cm tall and 75kg heavy speedster has more to offer than just his athletic ability. His four years of Division I football at the New Mexico State University and at Northwestern State will certainly help him to produce a ton of yards and touchdowns in his first year of American football in Europe.

The Galaxy are getting one of their most important players on defense back. Defensive tackle Marc Anthony Hor was one of the unsung heroes of the Galaxy’s success over the past two season in the European League of Football.

With his 41 total tackles and three-and-a-half tackles for loss last season, the 187cm tall and 130kg heavy defense lineman is set up for another successful year with the Galaxy in 2023!

In addition, the Galaxy added 19-year-old linebacker Noah Sommer to their roster. The young German athlete already competed at a high school in the United States and now looks to develop his skills with the Galaxy in 2023. Look out for Sommer who could already make an impact in his first year joining the European League of Football!

The Sea Devils upgrade a position that they have liked most over the first two season of the European League of Football: the offensive line.

With former Raiders Tirol offensive lineman Daniel Claus joining the Hanseatic franchise, the Sea Devils once again put their emphasis on dominating defenses up front. The 203cm tall and 145kg heavy offensive lineman started his career with the Elmshorn Fighting Pirates back in 2013 and now returns close to home.

In addition to this exceptional signing for the offensive line, the Sea Devils also extended defensive end Nelson Imasuen who has been a difference-maker for the German franchise since day-one on the defensive side. The 207cm tall and 124kg heavy defensive end terrorized opposing offensive lines by producing more than ten sacks over the last two seasons for the Sea Devils. Having him back will certainly help to chase down opposing quarterbacks in 2023.