Hill on the Berlin Thunder: “The best is yet to come”. 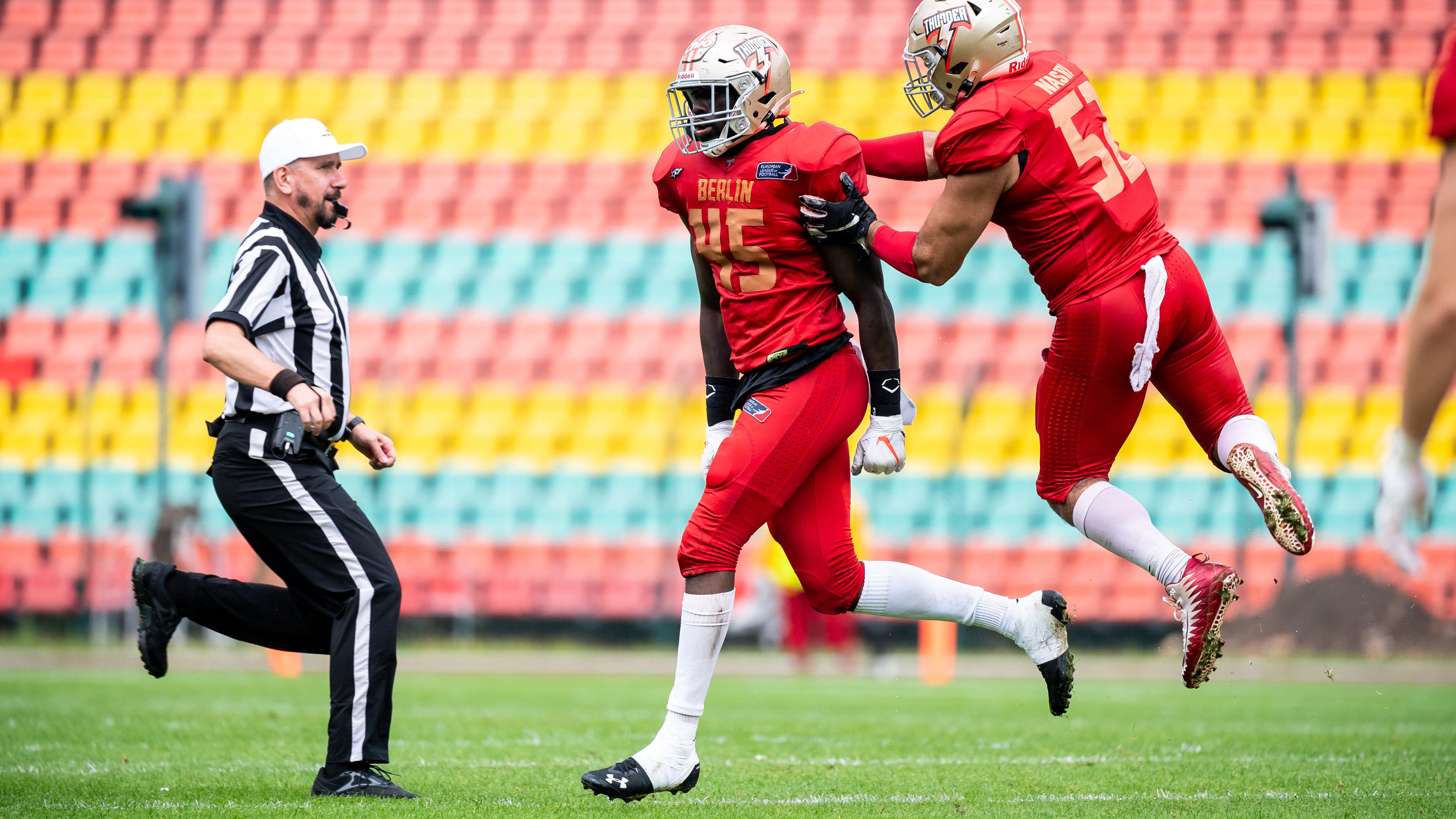 When the fans voted for the “Chio MVP of the Week” after week ten of the regular season, Berlin Thunder defensive end Kolin Hill was the runner-up with his outstanding performance on defense. Hill totaled five sacks in Thunder's win against the Dragons last Sunday and even forced a fumble. His incredible play together with the overall performance of a strong defensive unit enabled the Thunder to come up with a 19-3 win over the visiting Barcelona Dragons.

Despite loosing one of the closest MVP voting’s the league has had so far, Hill still wanted to thank his fellow defensive players for his accomplishments: “[…] My teammates had a great performance and brought that energy as well, so I attribute those 5 sacks to them too”.

Because it was heavily raining in Berlin during the game, both offenses struggled with their passing attack: “It was a defensive game to say the least, weather conditions limited the offenses from really moving the ball, so we automatically knew we had to take it into our own hands as a defensive unit”, Hill explained.

The win on Sunday not only brought Berlin’s score up to 2-6, but also marked a happy ending to the first season for the Berlin Thunder in their last home game. Hill explained what he and his team have in mind for their last two games: “[We] just [want] to finish the season strong! It’s about pride at this point. We’re 2-6, so we just want to show the league that we’re better than our record shows”.

After loosing four games in a row, Hill believes that the Thunder finally found their defensive identity: “It’s tough when you deal with as much adversity as we did in the beginning. But in the end I feel like we’re beginning to find our identity as a defensive unit. So, we got to keep up with this momentum that we have going".

In our conversation, Hill even touched upon his future and the future of the BerlinThunder in the European League of Football: “I know that this season didn’t go as planned but I can assure you the best is yet to come”.

As fans play a big part for players all around the league, Hill wanted to thank the fans of the Berlin Thunder: “Thank you for showing up and riding for us through thick and thin!”.

The Thunder formed their identity this season and still have two games left to built on their accomplishments. However, Hill believes that “the best is yet to come” for the Berlin franchise. So, stay tuned and do not miss their last two games of the season on 29th August and 5th September.