Saturday Recap: Brutal game in Istanbul and battle of the undefeated

Saturday offered two completely different games for fans in the European League of Football. So, let’s dive right into it. 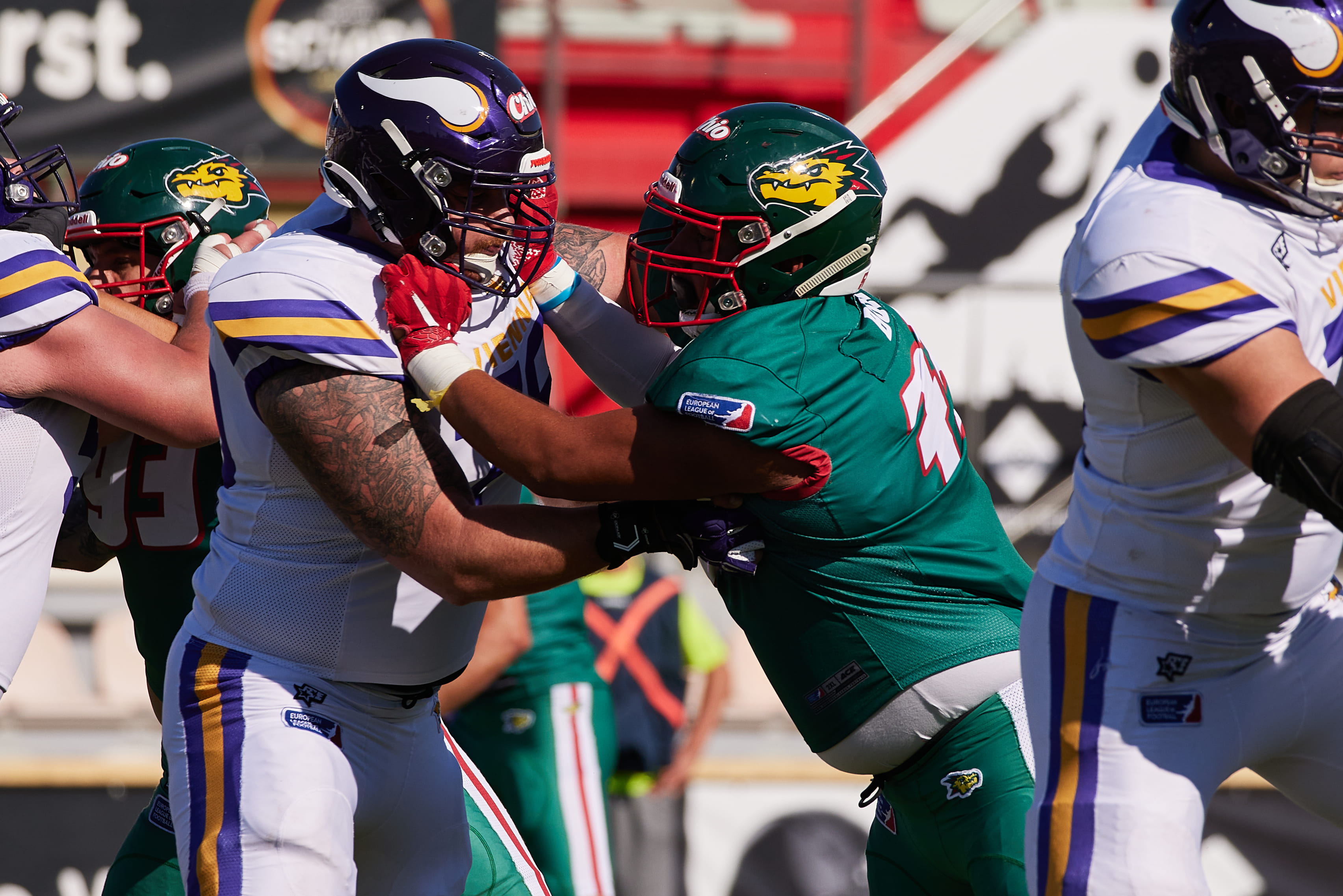 This game was just like it looks on the scoreboard. The Rams were completely outmatched by the dominant performance of the Hamburg Sea Devils. Several European League of Football records got broken today. Glen Toonga rushed for 100+ yards for the sixth game in a row, thus breaking the record from last year’s MVP Madre London. Sea Devils kicker Eric Schlomm not only attempted the most PATs in a game (10), but also scored the most with 8. Hamburg set the record for the biggest margin of victory and the most points scored in a game. The Rams punter Mehmet Furkan Sarıkatipoğlu set the record for most punts in a game with 11. The Rams and Sea Devils are now both heading into their bye week before facing the Barcelona Dragons will travel to Istanbul and the Sea Devils will rematch with the Rhein Fire.6-0

The battle of the undefeated definitely kept what it promised: A thrilling showdown that was close until the last snap that left fans in Reus in agony, as the Vikings end the Dragons’ win streak and are the only team without a loss on their record. Barcelona led comfortably throughout most of the game until Jackson Erdmann and his Vikings capitalized of the Dragons’ mistakes scoring 19 unanswered points in the fourth quarter. A tough loss for the Dragons, who were the more dominant team. Now they have to keep their heads up and “always look on the bright side of life”, as fans sang in the stadium after the end of the game. After heading into their bye weeks, Vienna will head into the rematch of the “battle of Austria” at home against the Raiders, while Barcelona has to travel to Turkey.