With the signing deadline being tomorrow at 9 pm, teams in the European League of Football might be tempted to pull some blockbuster signings out of their sleeves. Here are some potential candidates for you. 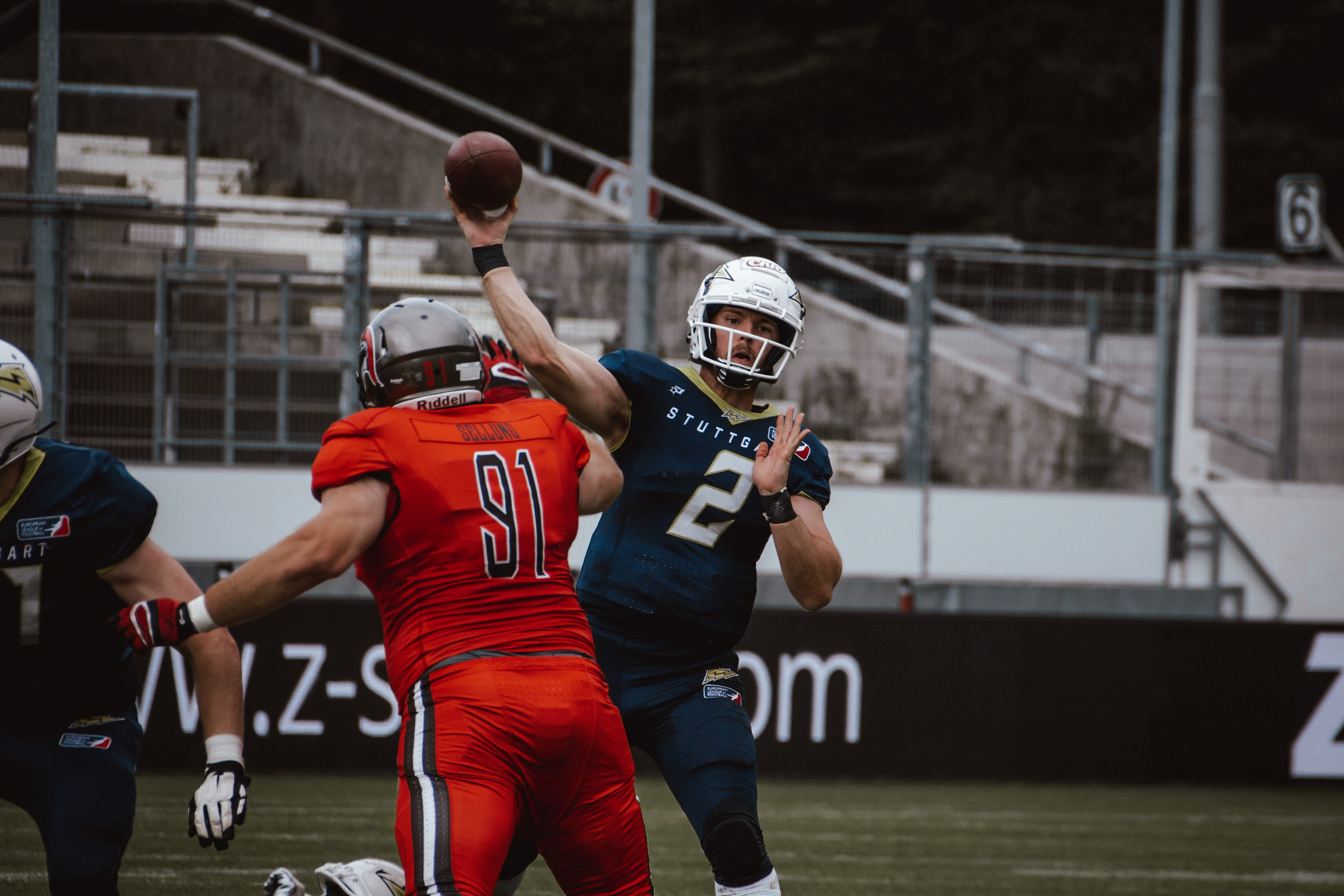 After leading the newly promoted Telfs Patriots (Austrian Football League) to a surprising playoff appearance, Aaron Ellis is seemingly looking for a new challenge. Ending the season with 3125 passing yards, 36 touchdowns, and only 4 interceptions, Ellis showed that he is ready for a bigger challenge. Playing for the Stuttgart Surge last year, a return to his former team is not too unlikely given the ongoing struggles of Dante Vandeven.

Last seasons passing yards and touchdown leader Lukas O’Connor is a hot candidate to make his return to the European League of Football. After surprisingly not signing with any team before the 2022 season, O’Connor signed in an American league. With the league folding before their first game day, the former Wroclaw Panther is now looking for a new team. O’Connor would be a high-level day one starter and arguably an instant top-five quarterback in the league, which makes him interesting for a lot of teams around the league and even some playoff contenders like the Hamburg Sea Devils.

Fabian Eder is without a doubt more of a dark horse candidate, but you should keep an eye on him, nevertheless. With Michael Schachermayr, the AFL’s leading receiver just signed with the Vienna Vikings a few weeks ago, proving that franchises are looking at AFL talent. With Fabian Eder ranking third in the league with 710 receiving yards and an additional seven touchdowns, the 18-year-old wideout showed that he has the potential to become a star. So why not pick him up? Being from Austria, Eder is an interesting option for the Raiders or the Vikings (for which he is playing in the European League of Football).

After ranking 4th in rushing yards last year, Philéas Pasqualini was surprisingly released by the Wroclaw Panthers after week five of this season. Since then, Pasqualini has been on the radar of some teams, but never signed with any of them. That might change now. Standing at 1,80m and 106kg the Frenchman is a perfect fit for any team that is looking for a powerful back to pair him up with a more elusive one. There are plenty of options for Pasqualini, and it would be quite surprising if he does not end up somewhere.

Ranking fifth in rushing yards last season and seventh this season (5th when he was released), Jason Aguemon has shown on many occasions that he deserves a roster spot in the European League of Football. Being on the free market now, Aguemon is a viable option for any team that wants to improve its running game.

In what might be the most surprising move of the season, the Raiders Tirol released cornerback Dominique Shelton. Shelton, who hauled in three interceptions and had six pass breakups is now available. A stroke of luck for franchises that are battling with injuries at the defensive back position like the Cologne Centurions or Berlin Thunder.

Despite being one of the best defensive players in the European League of Football last year, Olav Røhnebæk was not signed to a contract for the 2022 season. His 74 tackles, four-and-a-half tackles for loss and two-and-a-half sacks prove that the Norwegian linebacker deserves another chance in the league. Signing him would improve nearly every defense in the league and might be a game changer in the playoff race.