Some possible adjustments ahead of week ten! 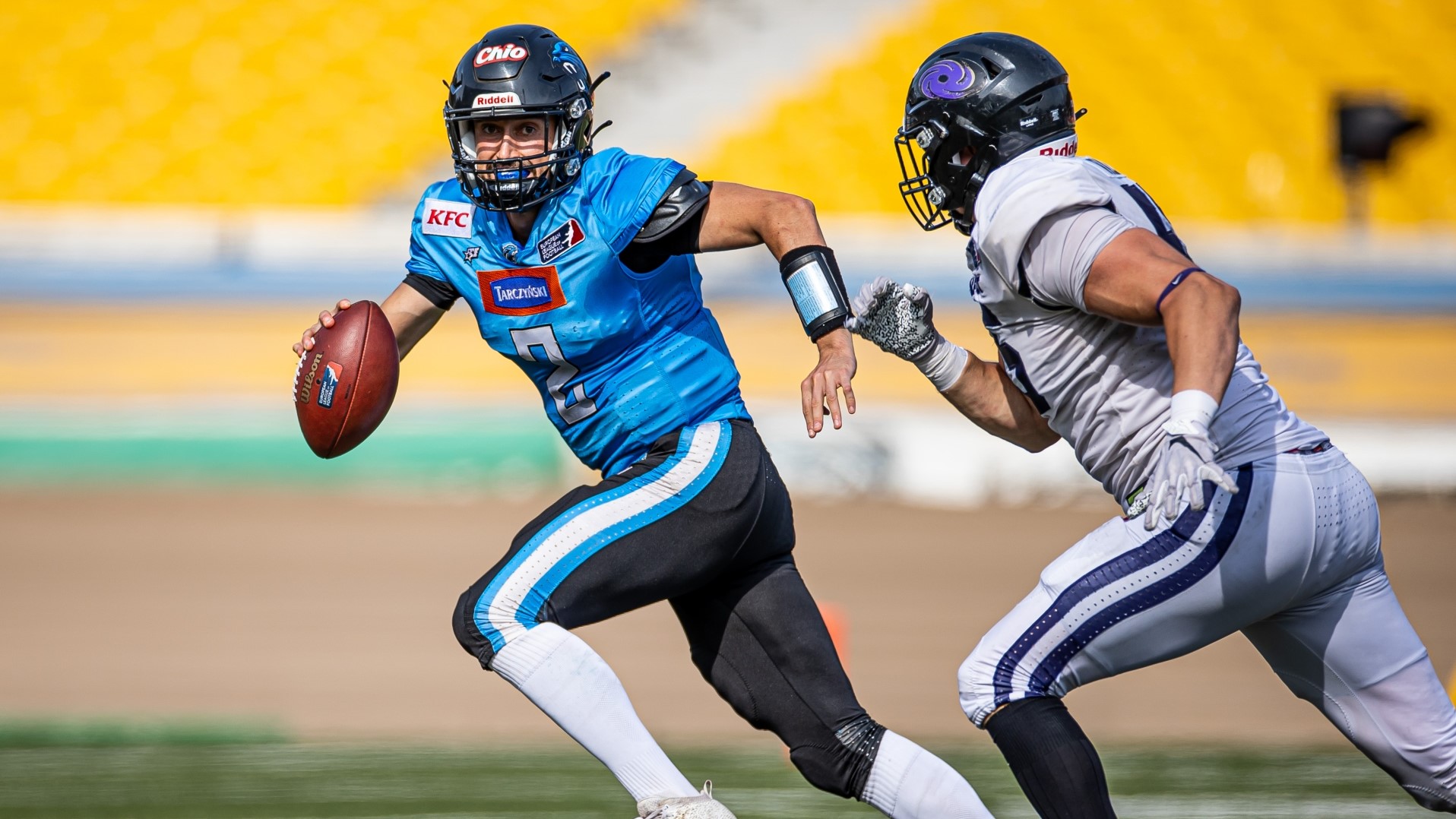 Panthers QB O'Connor under pressure in their week nine loss against the Galaxy. Credit: Łukasz Skwiot

The weeks pass, opportunities come and go, and adjustments happen. With week 10 ahead, there is not much room left to change steps and reads. Players got in last second of week eight and are now looking to pick up speed to help their teams in the crucial moments of the season. We will have a look at some adjustments that team could use to make the final steps.

For the 3-4 Panthers, the matchup on Sunday marks one of the most important games of the season. Why? The team led by Head Coach Jakub Samel lost three games in a row, having problems with pressure on quarterback Lukas O’Connor and playing a crucial game against the Sea Devils who happen to play the Kings right after. All of that while the 3-4 Kings and the Panthers fight for the second spot. Pressure produces turnovers and that‘s what the Panthers struggled with. The Galaxy showed great coverage and coverage sacks were the consequence to be a big part of the struggle. Lukas O’Connor was throwing wild balls into the hands of the Galaxy defenders with no receivers around. Wrong reads and bad throws combined; O’Connor must adjust to a well coached Sea Devils defense.

For the Kings and the 4-3 Centurions, the last weeks will decide if they will or will not make the playoffs. For the Centurions, the secondary had time to develop even more over the course of the season. And not only the defensive secondary, but the linebackers as well as the defensive line needs to bring everything they have to defend against a multidimensional Kings offense. This offense is now even more explosive with starting quarterback Birdsong back behind the center. The stud is including receivers and makes room to let the running backs roam free. The coverage and scheme of Cologne will decide if the Kings take home the “W” which is one of the most important parts against one of the best receiver cores. The Kings Crown most definitely.

We also saw adjustments in the rushing game of the Dragons. But if they still produce under 50 rushing yards for the rest of the season, it will be hard to win offensively. This one-sided offense would be easier to stop for opposing defenses. Including the run game and preparing for the constant thread of Jimenez and Co. rushing through the line will be something the Dragons offense needs to do in oder to get Zach Edwards the time he needs to develop plays and find his receiver deep to put points on the scoreboard.