Maxime Rouyer: “I never thought that I would come back to Europe to play football”

How the European League of Football has drawn Maxime Rouyer back to Europe and more. 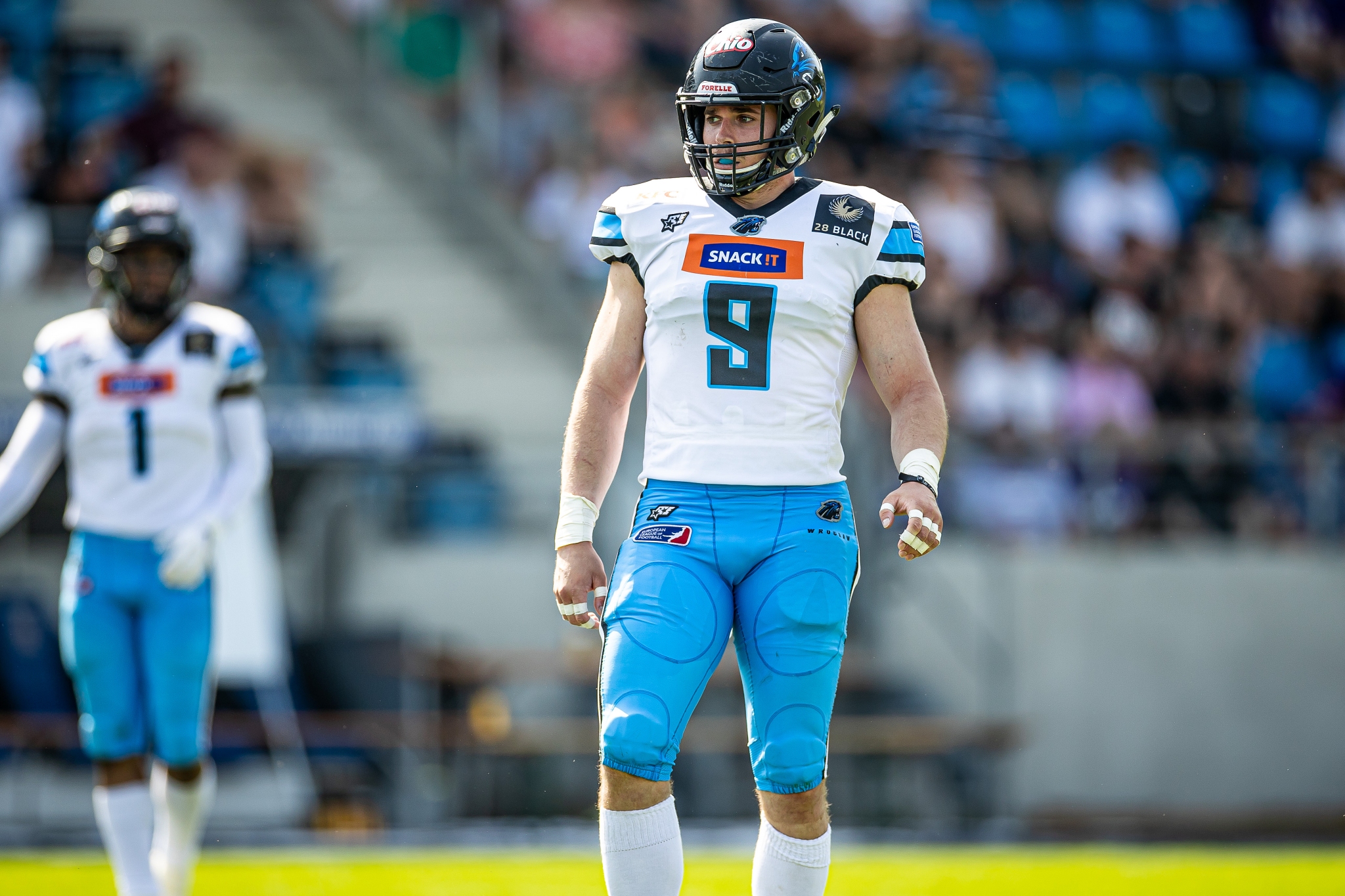 Expectations were high when the Wrocław Panthers announced the signing of standout linebacker Maxime Rouyer just two weeks before the season. Since then, the French native has been balling out and made himself one of the most important players on the roster. But who is Maxime Rouyer, and how did he end up on a Polish team in the European League of Football?

Maxime Rouyer was born and raised in Troyes, France, where he, like many other Europeans, played soccer for eleven years before stepping foot on the gridiron at the age of 16. But despite being new to the sport, Rouyer showed his potential and talent early on. After only playing three seasons for the Pyragues de Troyes, his head coach, who was Canadian, got him in contact with universities in Canada. There, he played two seasons for Cégepde Jonquière, before transferring to McGill University. During his time there, he played with former Dragons wide receiver Rémi Bertellin, as well as Dragons wide receiver Benjamin Plu and this year's teammate Philéas Pasqualini. His first two seasons at McGill went well, before a severe knee injury forced him to sit out his third season. Coming back after from a knee injury is usually not as easy as Rouyer made it look like. His fourth and final season at McGill turned out to be his best one. His 27 tackles, 3.5 tackles for loss and 3 sacks in only eleven games showed that he had what it took to play at the next level.

Taking the next step

In 2019, Rouyer was the fourth pick in the 2019 CFL European Draft and the second linebacker selected, with only Thiadric Hansen going off the board before him. His time in the CFL started out great, playing in every game of the season as a rookie. But when COVID struck, the 2020 season was canceled. In 2021 a nagging foot injury kept Rouyer off the field for the most time, only playing one game before reaggravating his injury. After the 2021 season the coaching staff was renewed and with that Rouyer was gone as well.

Still having contact to his former teammates and fellow French players came in handy for him in this situation. Rouyer was watching the European League of Football during his time in the CFL, and after his CFL time, he linked up with former teammate Philéas Pasqualini and asked him about his experiences playing in the league. Actively reaching out to franchises, he got in contact with Jakub Samel, the Panthers head coach. “Conversation went pretty well. They are a great organization. So, one thing led to another, and I just signed there,” he stated in an interview.

A surprising move, not only for fans in Europe but for himself, too. “I never thought that I would come back to Europe to play football,” Rouyer said, “but we have the right people here. We want to be a contender, and the guys here are trying to do everything in favor to do so.”

Now back in Europe, Rouyer was faced with getting used to the rules: “It has taken me an adjustment, because it is definitely different to Canadian Football,” he admitted. But he seems to have acclimated well, having the second most tackles of all players in the league with 31. And he has high ambitions: “My goal is to win a championship with this team. Obviously, if I can make a name for myself during that process, that would be great, too. I hope that we as a team can get the best out of every player and just ball out as a team and as a unit and win a ring. I don’t really care about the rest.”

By starting the season 2-1 the Panthers started the season out right and are in the mix for winning the Northern Conference. There are still many challenges ahead, before playing in Klagenfurt on the September 25,and maybe Maxime Rouyer and his team will make it all the way.