Teams are making moves and updating their rosters every minute. 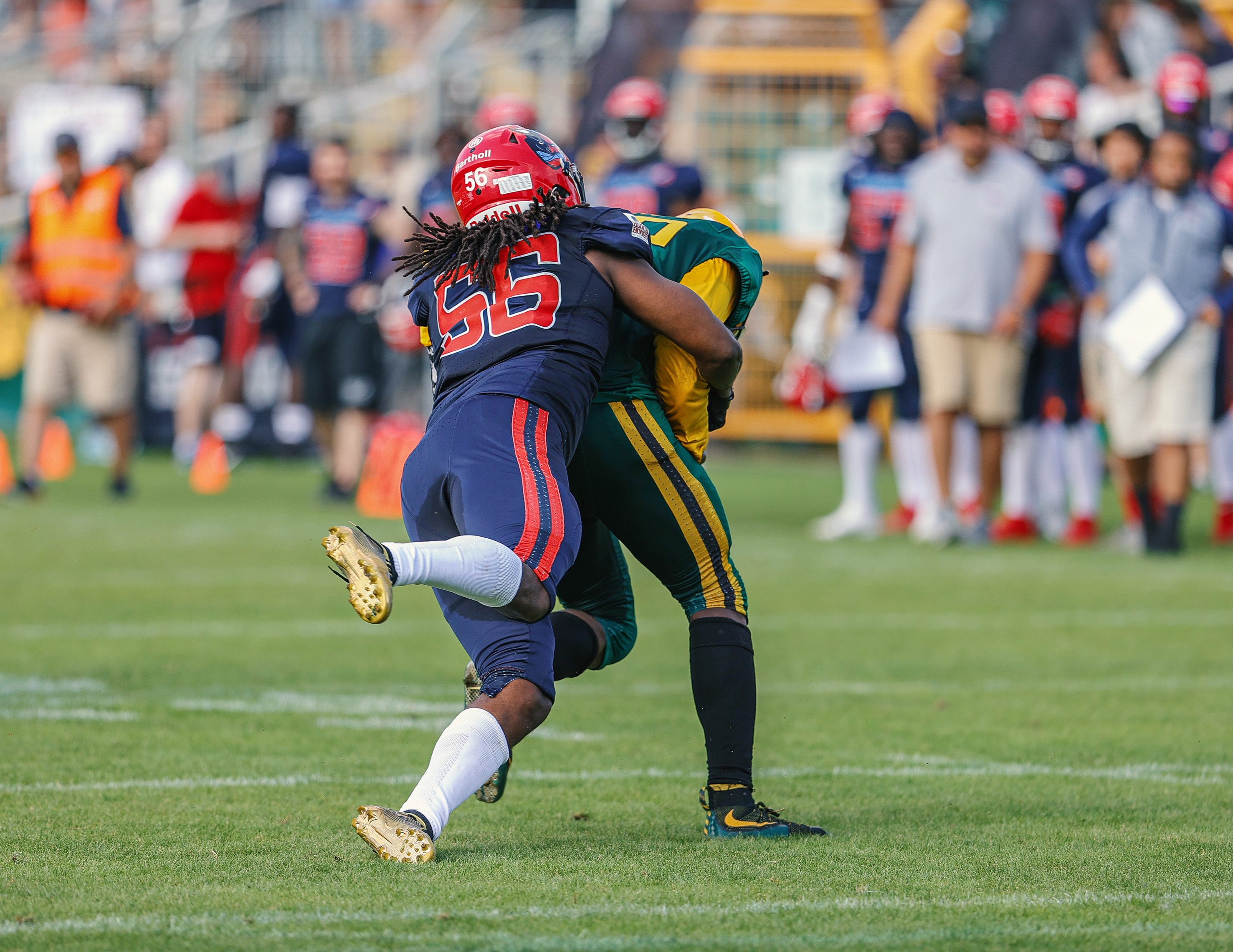 Giovanni Nanguy getting his first sack of the season. Credit: Michael Freitag.

Half of the inaugural season is almost over and there are still roster-moves expected to be made. Teams have the chance to fill their roster until week eight, including their practice squads. Even teams who are in a comfortable position could as well make moves to get higher chances of making the playoffs and even win the championship in the end. In this high-level competition, every percent counts. If it is the one linebacker filling up a spot later in the season or a special teams player putting his team in different field positions. Everything counts.

Roster-changes to bolster the defense

Seeing the weeks pass bye, teams had the chance to stack up wins, but some still struggled to do so. The Cologne Centurions played and lost against the Galaxy and the Panthers but won their last two games. Having Chris Ezeala out for season because of personal reasons and Thiadric Hansen joining the CFL, there are some defensive spots to be filled. A new defensive liner is in town with Mike Taylor III to maintain pressure on the opposing quarterbacks. The roster could be filled with more defensive players in the upcoming weeks to stabilize that part of the team. With the change of former Centurions’ quarterback Danny Farley into a coaching position, one roster spot was freed which was then used for Mike Taylor III. Quarterback Jan Weinreich is now in good position to be the only German starting quarterback in the European League of Football.

On top of the league, the Hamburg Sea Devils are 4-0 with a lot of changes still happening. The switch of the Head Coach had no major impact on the team, it even improved the Sea Devils productivity. With signing linebackers Giovanni Nanguy and Daniel Rotärmel, who already played in the game against the Kings, the Sea Devils stack their linebacker-core even more. In return, Jonas Tykfer and Paco Varol were released.

In the south division, teams are doing their best to get one of the popular playoff-spots. The Barcelona Dragons are trying to fix their offensive line by releasing Offensive Line Coach Smeltzer and signing Giuliano Cattaneo as his replacement who played for the Texas State Bobcats. Looking at their line, quarterback Zach Edwards had no time to throw the football and let plays develop. Additions to the line would help, regarding the fact that the kicker position was fixed having former NFL player Giorgio Tavecchio as the kicker from now on.

Coming in for the Surge are players on all ends. Plans are there to fill the remaining practice squad spots with offensive linemen as well as offensive playmakers. Linebacker Zachary Blair, running back Jean-Charles Moukouri and offensive lineman Al Mustafa Almakki were added.

The Panthers are more than ready to take on the Sea Devils this weekend. Pierre Courageux who played and caught his first interception against Berlin is one of the new faces for the Panthers; and he immediately impacted the game.

Considering the big impact new players could have and already had, some teams are still expected to make moves soon.