Week 9 of the European League of Football offers some of the best matchups this season. 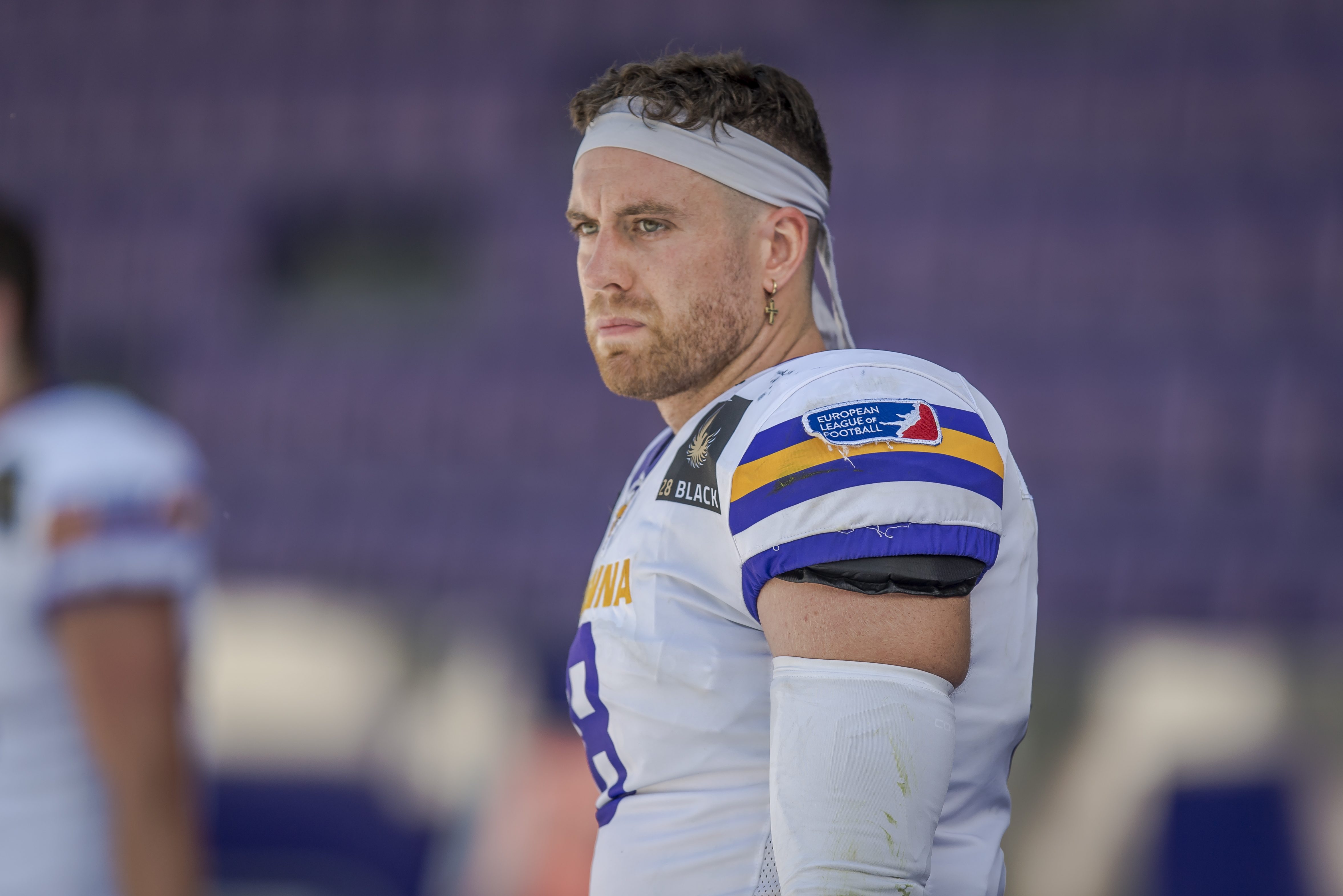 Last week showed that the connection between Dragons’ Kyle Sweet and Zach Edwards is crucial for Barcelona to win games. Taking away Sweet would help Rhein Fire to strengthen their defense. Till Janssen could be the field cornerback in charge, covering Sweet with help over the top by Omari Williams. Against the Centurions, Janssen showed that he was able to take away Pounds. Kyle Sweet, on the other side, has over 1000 receiving yards this season. He might be the best receiver in the league.

The duel between what seems to be two of the best quarterbacks might decide the matchup of the Wroclaw Panthers and Frankfurt Galaxy. Both quarterbacks are the leaders of their respective teams. Jakeb Sullivan, the MVP of last years Championship Game, has fewer weapons on offense but showed brilliance in most appearances. Jarman on the other side is the face of the Panthers. Both teams struggle with running backs, both have a clear number one target in Reece Horn and Malik Stanley. These teams are surprisingly similar offensively.

Even with the new Quarterback Isaiah Green and Taha Çokadar as their leading running back, the Hamburg Sea Devils front seven looks dominant on paper. With Evans Yeboah still inactive and the Rams coming in with momentum, this could look closer than one might think. The Istanbul Rams offense learned how to do the basics right. And they have nothing to lose. A characteristic that should not please even the strongly positioned Hamburg Sea Devils front seven, with dominant big names like Tim Hänni, Nelson Imasuen or Miguel Boock.

What seems unequal is probably one of the most exciting duels of the week. Christoph Nitzlnader is one of the best cornerbacks in the league, only 20 years old, and has no trouble taking on the best receivers in Europe; Horn, Breuler, you name it. With Seantavius Jones, however, comes the fifth best receiver by touchdowns. It's worth keeping an eye on.

Botella Moreno aka "El León" might be one of the best European tight ends in the league and is now back for the Vikings after an injury. In five games played, he now has two touchdowns and about 270 yards receiving. It should be key for the Stuttgart Surge to defend Botella Moreno and keep him on his toes all game. And the Surge defense can do just that. Next to Ronley Lakalaka and Precious Ogbevoen, Paul Veritas will likely be the Sam linebacker to go against Botella Moreno. The only question is whether he can keep up with the one of the Vikings best red zone threats.

Despite the uncertainty of whether Jan Weinreich will be healthy again after his concussion, the squad looks better than it did against the Galaxy. Paul Lenhardt could return to the starting roster. There is enough power with wide receiver Quinten Pounds and Louis Geyer. On the other side, the Thunder defense backfield is the second best in pass defense and yards against. A tough matchup. "The game against Berlin will definitely not be easy. Berlin's defense is very strong and the offense is also getting better and better,” Frank Roser, head coach of the Centurions said.