Dominating performances under the radar in Week 1

Fans saw a lot of breath-taking performances to start off the 2022 European League of Football season. But who flew under the radar? 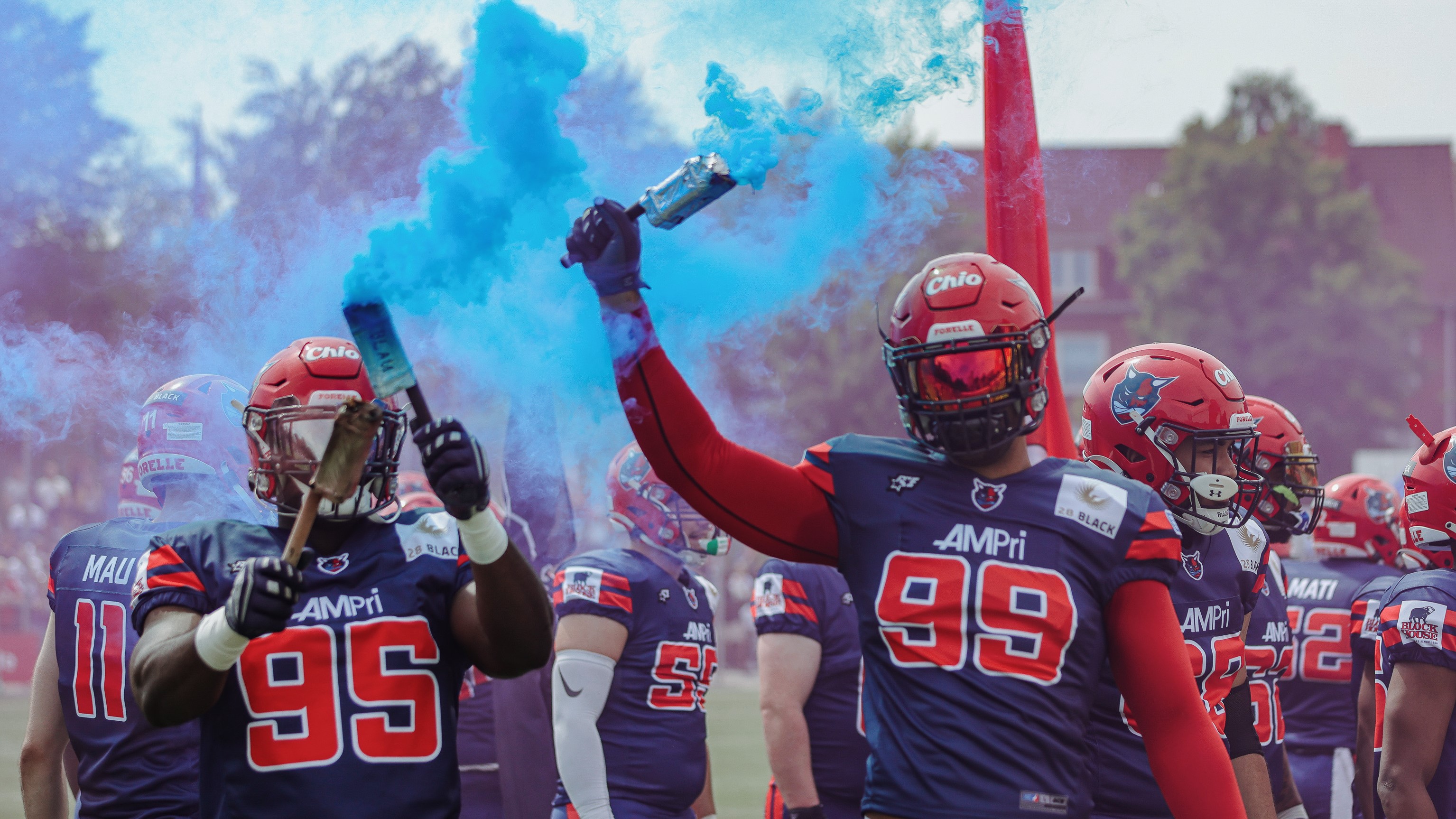 Hamburgs defensive line was off the charts. © Michael Freitag

When looking at the first week of a sports league, it's often a feeling out, a sniffing out, and a gauge of performance so far in the off-season. Some teams were convincing, some teams were disappointing. Let’s look at dominating players that went under the radar in week one.

In Hamburg at the game of the Sea Devils against the Berlin Thunder, a tendency was clearly visible: The defensive line was the decisive factor. Tim Hänni, the Swiss defensive tackle, was unstoppable and within seconds in the Thunder backfield. With two tackles for loss and five solo tackles, Hänni drew a double-team on almost every snap.

Next to him was Evans Yeboah, who was similarly physical going into the game. Nelson Imasuen, Kasim Edebali and Berend Grube did the rest. Nose tackle Hiswill Awuah also stood out against the run. Edebali, now healthy unlike last season, was one of the fastest players off the edge, with two sacks, two forced fumbles and three tackles for loss. There was hardly a unit last weekend that put up this much pressure on the opposing quarterback.

William Lloyd was there last year and is there again this season! Ten total tackles, one and a half tackles for loss and two forced fumbles – including the game winning fumble – were helping the Panthers to dominate. Lloyd, Steffen, Rouyer and Zec were all over the place. Expect Lloyd to have a major impact under the lead of defensive coordinator Dave Likins in the coming weeks!

If there was one guy keeping the offensive line rolling, it was left tackle Sven Breidenbach. The huge 1,97 m and 145 kg giant was able to dominate the line and climb up to the second level, giving opposing linebackers headaches.

Breidenbach might be the most dominating left tackle, the league will see this year. With the German left tackle and the offensive line, coached by Erol Seval, the running game was able to make big things happen. Aguemon, Rennich and Matt Adam combined for 150 rushing yards to start off the season.

While looking at the Dragons roster last year, Zach Edwards and Jéan Constant were all over the place. In losing Constant, fans and supporters were unsure about the Dragons reaching the same amount of production this year. In Kyle Sweet,the Dragons found their next Constant. The US receiver had the Stuttgart Surge, with cornerbacks Benji Barnes and Malcolm Washington, on their toes. The receiver had 135 yards and two touchdowns in just eight catches.

Lukas Ruoss the head of the squad

Rhein Fire came to Frankfurt with one of the best middle linebackers in Europe. The Swiss athlete showed right from the start where he sees himself and his defense this year. At the top. Five tackles, one interception and the sole presence were enough to put Galaxy quarterback Jakeb Sullivan in trouble. Backed by his team, Frankfurt Galaxy's offense was forced to be one-dimensional.