The upcoming games in week seven feature some ciritcal matchups to look out for! 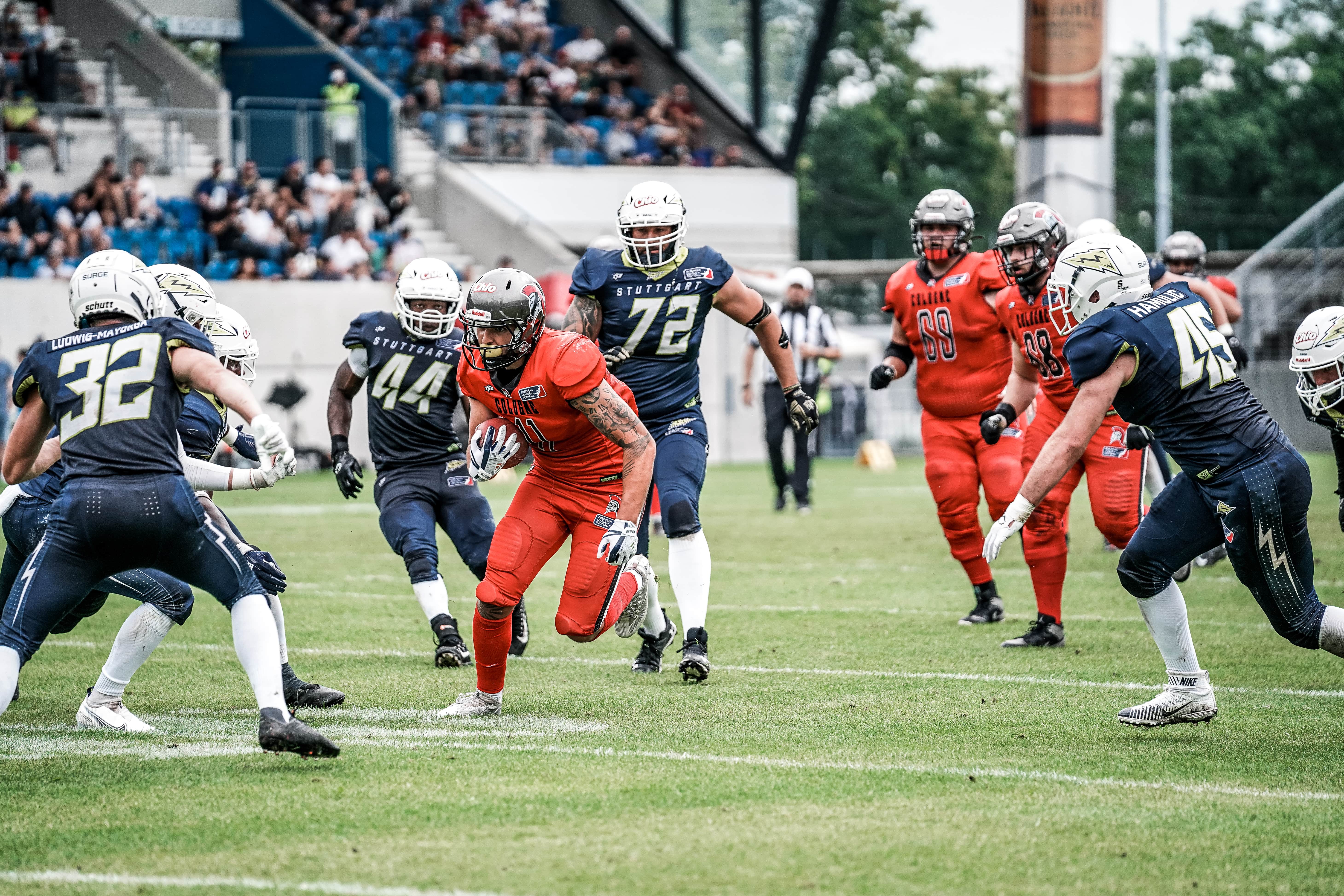 After we reached the halfway point of the inaugural season of the European League of Football, the different franchises are now fighting for the playoff spots. With closer games and head-to-head matchups of conference rivals, the season is in full swing. The 5-0 Hamburg Sea Devils will welcome the 1-4 Barcelona Dragons at home on Saturday at 6 p.m. whereas the other six teams will match up in three games at 3 p.m. on Sunday. Let’s have a look at critical matchups for the upcoming week seven.

The Sea Devils passing attack had some problems against a solid Panthers secondary in their win last Sunday. Quarterback Jadrian Clark only passed for 165 yards and one touchdown while throwing two interceptions. The Barcelona Dragons won their first game of the season due to a strong offensive but also defensive performance that included three interceptions of which two were returned for touchdowns. Look out for the Dragons secondary covering the Sea Devils receivers in an interesting interconference matchup this Saturday at 6 p.m. CEST.

The 3-2 Wroclaw Panthers have one of the best quarterbacks on their team with Lukas O’Connor. However, the quarterback struggled against pressure when they played the Frankfurt Galaxy a few weeks back. On that day, he threw four interceptions because of heavy pressure created by the Galaxy defense. Look out for the Centurions to put pressure on O’Connor in this week’s matchup. Luckily for the Centurions, they just signed American defensive lineman Mike Taylor III who will help to rush the quarterback and force mistakes.

The Stuttgart Surge cornerbacks had a rough day against the Cologne Centurions at home last weekend. Wide receiver Quinten Pounds caught three touchdowns and over 200 yards against a struggling Surge secondary. However, the Surge were heavily focused to stop star running back Madre London as well. This week, the Surge are going to face the Frankfurt Galaxy which lean more towards using their receivers than their running backs compared to the Centurions. Look out for the Surge cornerbacks who line up against the Galaxy wide receiver in this matchup. It remains to be seen if theSurge can stop a high-powered passing attack from the Galaxy but playing against quarterback Jakeb Sullivan doesn’t make it any easier.