The European League of Football Championship Game features some of the best running backs in the league! 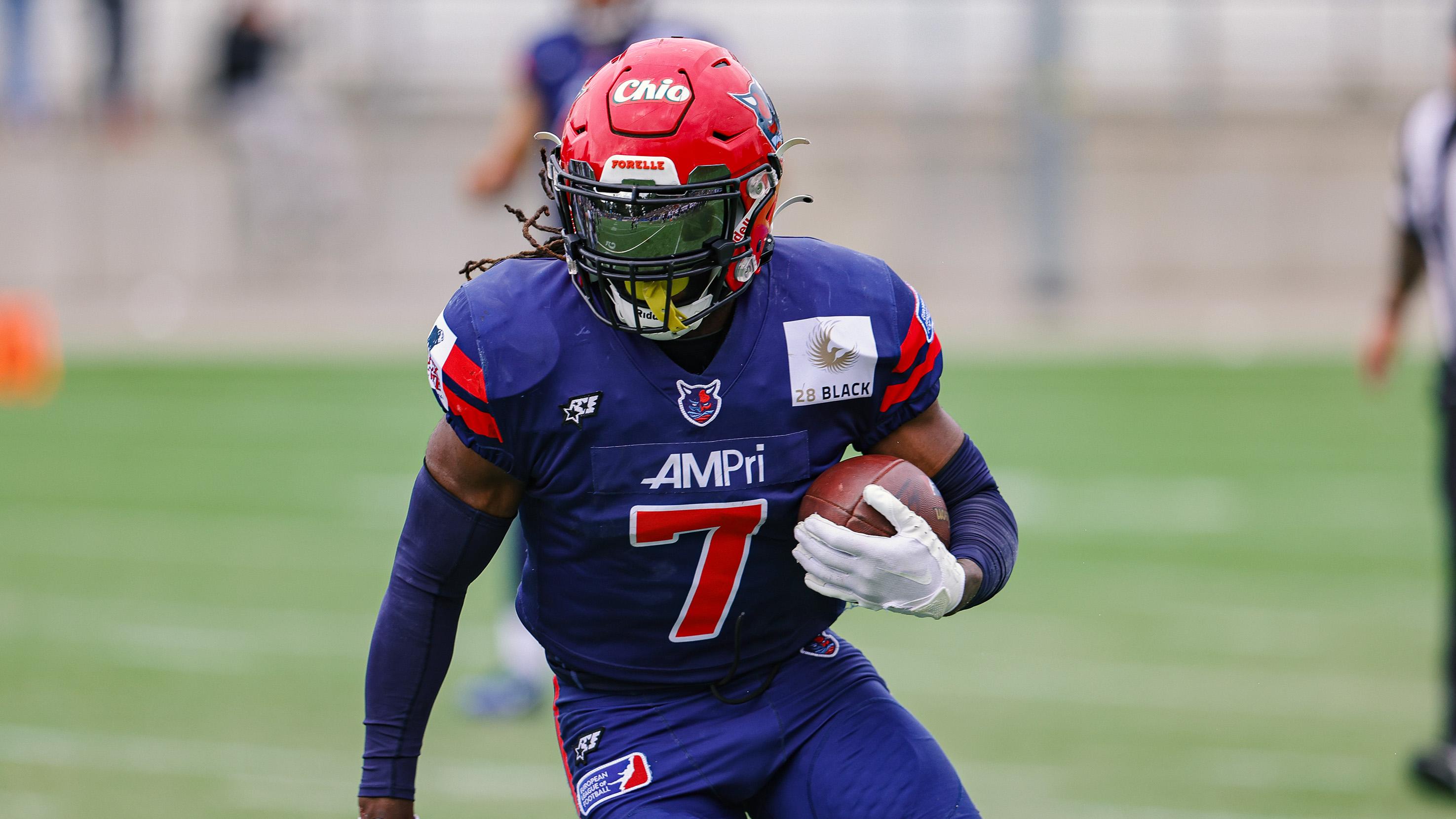 The Vienna Vikings had one of the most stable rushing performances on offense all season long. With the Wegan-brothers in the offensive backfield supported by powerful running back Modeste Pooda, the Austrian franchise has dangerous weapons at hand.

Leading the backfield is 26-year-old running back Anton Wegan who produced the third most rushing yards and the third most scores on the ground in the 2022 regular season. He even managed to gain 6.3 yards per carry which is more than the league-leading rusher playing for the Hamburg Sea Devils (5.7).

The Hamburg Sea Devils will play in their second straight Championship Game but almost have an entirely new offensive backfield. Only young German running back Simon Homadi remained on the squad after the devastating loss to the Frankfurt Galaxy in last year’s final.

Leading the pack is British running back Glen Toonga who is even acquiring international fans with his 1468 rushing yards over the course of twelve regular season games. Despite fumbling the ball six times this season (t-2 most), Toonga also leads the league in rushing touchdowns (21) and rushing attempts (257).

The performance of the British bell-cow back is one of the reasons why the Sea Devils find themselves in another Championship Game. Will he be able to run the Hanseatic franchise all the way to the history books?