Andrew Weidinger on the Vienna Vikings: “We'll put the ball down, [...] and we’ll get it settled”

The Vienna Vikings and Barcelona Dragons meet in probably the most interesting duel of week six in the European League of Football. Both coaches are hot for this showdown. 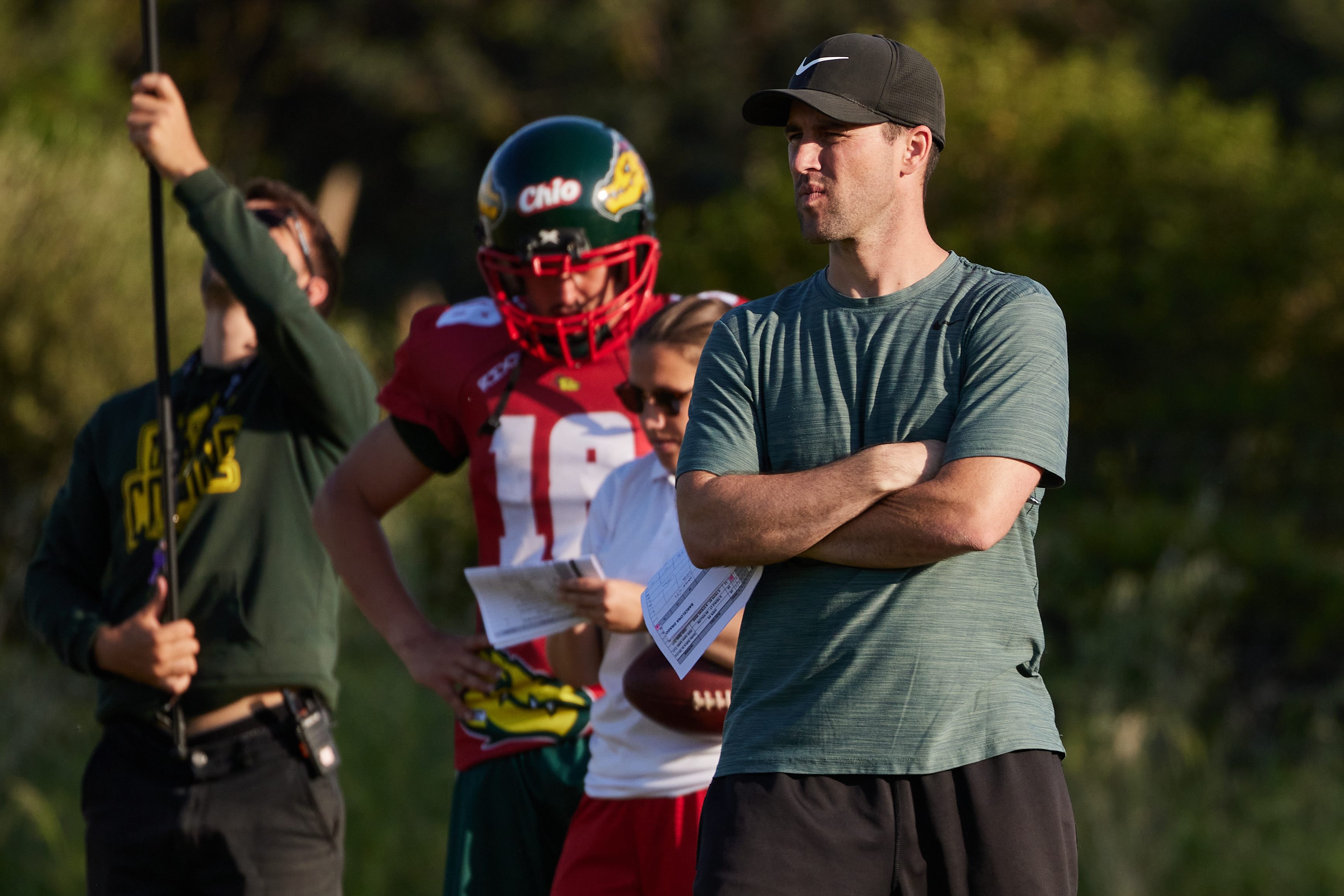 Andrew Weiding is looking forward to the matchup. © Eric Ribé

After this weekend, there will be only one team without a defeat in the European League of Football. With the Vienna Vikings and Barcelona Dragons the respective leaders of the Southern and Central Conference will meet.

Chris Calaycay, Head Coach of the Vienna Vikings, is looking forward to the task in warm Catalonia. "We are both 5-0. If you look at Barcelona, you expect Zach Edwards and Kyle Sweet to be the leaders of their offense, putting points on the board. The thing with us is, we are focused on us, and we are doing well playing defense and offense,” said Calaycay analyzing the Dragons and Vikings. And indeed, the Vienna Vikings are doing great. First in scoring-offense, first in rush-defense. Only the passing defense (rank eight) is below average. Dangerous when going up against the Edwards team, Calaycay also knows: “The whole focus of the league is on Zach Edwards,” he said. “It’s going to be interesting to travel to Barcelona. […] The game is a very interesting one for all European League of Football fans.”

Have a look at all roster moves

Via rostermoves, the Vienna Vikings added Michael Schachermayr, Modeste Pooda and Samuel Taylor. Schachermayr was the number one ranked receiver in terms of yards for the just finished Austrian Football League. Pooda comes from the Parma Panthers from Italy. Samuel Taylor replaces Blake Nelson, who is inactive this week. Enough weapons for Jackson Erdmann, as one of the strongest quarterbacks in the league. Nevertheless, they want to improve steadily, Calaycay also says. “We’ve been banged up, this week it’s going to be different. We continue to do roster moves if needed and were happy to add three more players.”

Still, the Dragons are hungry. A team that is currently surfing on a wave of success and seems to be the team of the hour. Head coach Andrew Weidinger is convinced.
“Those guys, they’ve got more grid, determination, want-to and heart than I’ve ever seen,” said Weidinger in the latest weekly update by the Dragons. “The Vienna Vikings are an absolute model [franchise].” But he says, “It doesn’t matter who we are playing, come on bring the 40 years of tradition. […] we do not care, we put the ball down, 6 p.m. here in the Dragon dome and we'll get it settled.”

‍
The Dragons seem ready, are ranked second in passing, total offense and scoring. Only the rush offense is still upgradable. Defensively, the Dragons are in the top five in all major categories, ranking 7th in passing defense alone. It's THE duel on Saturday at 6pm. Will the Dragons be able to stop the Vikings? Will the Vikings get a handle on Zachary Edwards, who could surpass 4,000 yards all-time this weekend? Andrew Weidinger calling out the fans: "This week is the week to be here!"

Get your tickets now or watch the game live with our Gamepass here!