Today’s games showed us everything that our sport has to offer. From dominant blowout victories to two thrilling overtime showdown, Week 6 was just as exciting as we could have hoped for. Let’s dive right into it! 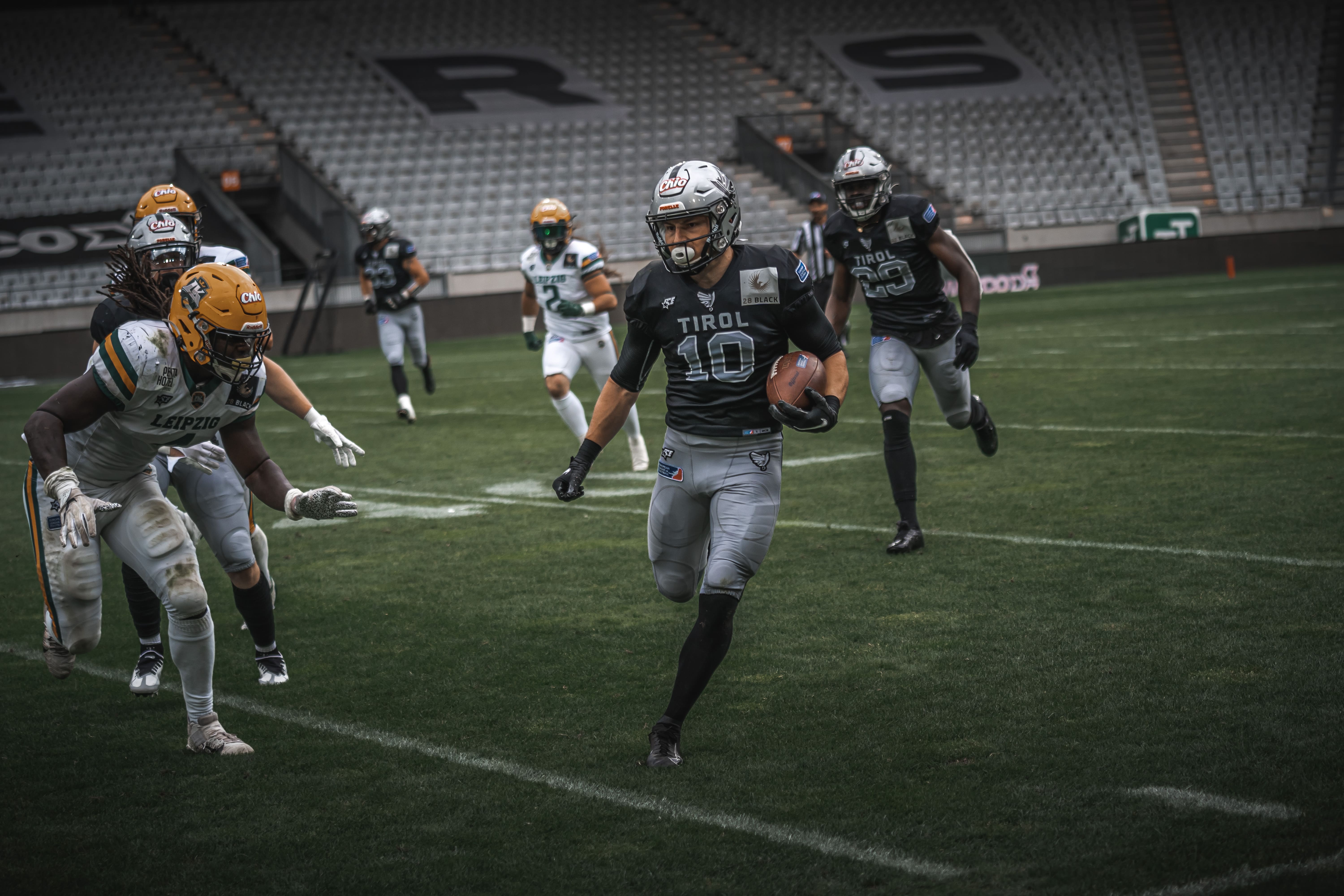 After two straight losses, Rhein Fire showed everyone today why they are heralded as one of the best teams in the league. A dominant defense left the Cologne Centurions no breathing room at all and made life difficult for backup quarterback Alexander Frisch, who had to take the field in the second half. In front of a record-breaking 9496 fans in attendance, the Rhein Fire offense played to their strength and melted the clock with their dominant run game. Standing at 4-2 now, Rhein Fire is well in the playoff picture again.

Right from the start, the Raiders made clear who would win this game today. With a 28-0 lead at the end of the first quarter and a 34-0 lead at the half, the game was never even close. In the second half the Raiders shifted down a few gears, just managing the clock. Just like that the promising Kings winstreak was ended, while the Raiders extend their run to four in a row, collecting extra momentum before the “battle of Austria” against the undefeated Vikings after the bye week.

In the longest game in the history of the European League of Football history the Frankfurt Galaxy took down the still winless Stuttgart Surge in triple overtime. The game had an intense fourth quarter will multiple turnovers that should have sealed the deal but did not. The three overtime periods had four missed kicks and an interception, before Jakeb Sullivan connected with wideout Lorenz Regler for the walk off touchdown. The Surge fought hard until the end but will be winless for 365 days tomorrow.

In double overtime the Berlin Thunder secure and important home victory over the Wroclaw Panthers. After Wroclaw took the lead early, Berlin fought back and dominated the second half, until Slade Jarman led his team down the field for a touchdown and a game tying two-point-conversion. In the first overtime period, both drives ended with missed kicks, before Berlin put up a clutch stop on fourth down. On their possession it was Jocques Crawford (who else?) who took on the responsibility and rushed for the game-ending touchdown. With that the Panthers have just as many wins as overtime losses on their record, while Berlin solidified their number two spot in the Northern Conference.