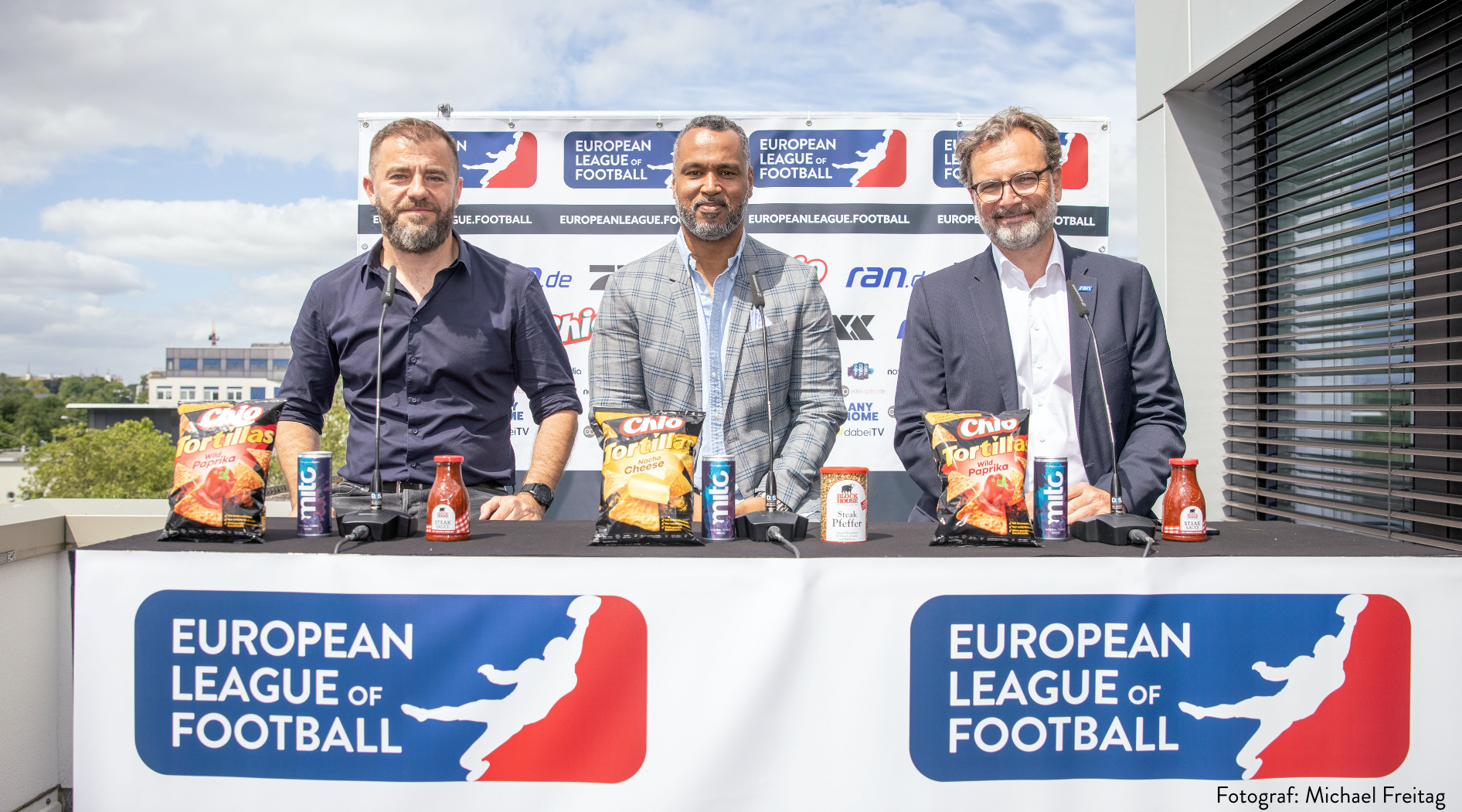 The European League of Football held a press conference today at 12pm MESZ. It was live on YouTube, ran.de and on the European League of Football website. The main characters on stage were CEO Zeljko Karajica, Commissioner Patrick Esume and “ran” sports director Alexander Rösner. In addition, almost all of the General Managers of the eight teams in the league were in Hamburg at the press conference as well.

The press conference started with a short introduction by Jennifer Becks. Then, CEO Zeljko Karajica, Commissioner Patrick Esume and “ran” sports director Alexander Rösner answered questions asked by members of the media who were at the press conference. For example, CEO Karajica mentioned all the available sources to watch the games: ProSieben Maxx, ran.de, More Than Sports TV, #dabeiTV on MagentaTV, and last but not least the European League of Football League Pass. In addition, fans in Spain can watch all of the Barcelona Dragons games on TV3. Among other content related to the league, there will also be re-lives of games available on Samsung TV Plus.

Another highlight of the press conference was the delivery and presentation of the game ball for the inaugural season of the European League of Football. A parachutist jumped out of a plane one thousand meters above the ground. Although he was not able to land on the roof of the “Hamburger Ding” due to gusting wind, he was able to land safely next to the building and delivered the first game ball to Commissioner Patrick Esume.

You can watch the entire press conference as a re-live here on the website or on ran.de.