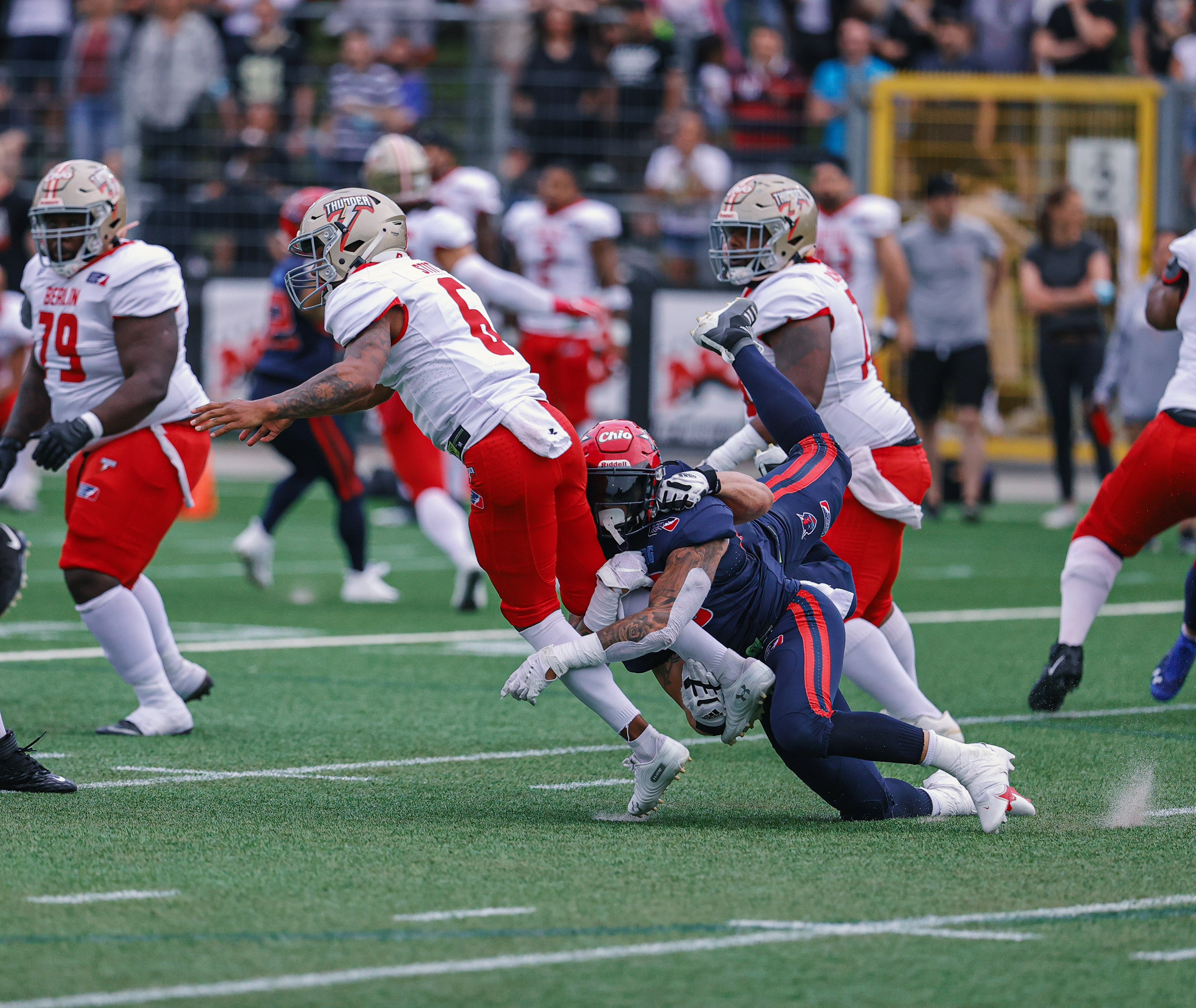 This upcoming weekend promises a lot of great matchups as the Frankfurt Galaxy kick off week five against the Barcelona Dragons at the PSD Bank Arena in Frankfurt on Saturday at 6 p.m. CEST. The other two games of this week will kick off on Sunday at 3 p.m. CEST, including the Berlin Thunder, Wrocław Panthers, Hamburg Sea Devils, and the Leipzig Kings. The Cologne Centurions and the Stuttgart Surge have a bye-week to recharge their batteries and to focus on their opponents in week six. So, let’s have a look at the first matchup this weekend.

Refueled Barcelona Offense vs. “Guardians of the Galaxy”

The 0-3 Barcelona Dragons will travel to Germany for their matchup on Saturday against the 3-1 Frankfurt Galaxy. The Spanish franchise comes out of a bye-week in which they were able to focus on different adjustments. It will be interesting to see how the Barcelona offense will play against one of the best defenses in the European League of Football: the Guardians of the Galaxy. Although the Dragons just hired a new Offensive Line Coach, it will be difficult to immediately see a jump of productivity when it comes to their running game and pass protection. However, Dragons quarterback Zach Edwards had some strong performances so far and could profit from an improved offensive line in the future. In this matchup though, it will come down to how productive the Barcelona offense can be against a top defense in this league.

The 1-2 Berlin Thunder will host the 2-1 Wrocław Panthers in an interesting northern conference showdown. In my opinion, the game will come down to the battle at the line of scrimmage. Berlin Thunder quarterback Calvin Stitt was constantly under pressure against the Sea Devils last week which limited his productivity throughout the game. This weekend, the Berlin Thunder are going to face yet another talented defensive line. The Wrocław Panthers will put pressure on quarterback Stitt just like they did with quarterbacks in their previous matchups. Consequently, the Berlin Thunder offensive line has to step up in order to give their quarterback Stitt time to throw the football. Otherwise, the Panthers defensive line including Gustav Karlis Brauns and Hubert Ogrodowczyk will get after Stitt in a hurry.

The 1-3 Leipzig Kings have a high-powered offense that, if healthy, is able to put up a lot of points on the board. However, this game will be about the Leipzig Kings defense as well. With a strong defensive line but some holes in the secondary last week, the Kings must be a unit on defense to stop Sea Devils quarterback Jadrian Clark and his playmakers this week; keeping in mind that the Sea Devils were held to only six points in the first half by Berlin Thunder in their last matchup, but exploded for another 38 points in the second half. So, the Leipzig Kings have to be consistent on defense to limit the Sea Devils on offense in order to upset the only unbeaten team left in the league.