Reignite the fire against Rhein Fire

Today, the Cologne Centurions face the derby against Düsseldorf Rhein Fire. A win is important for the Cologne team to stay in the race for the playoff spots. 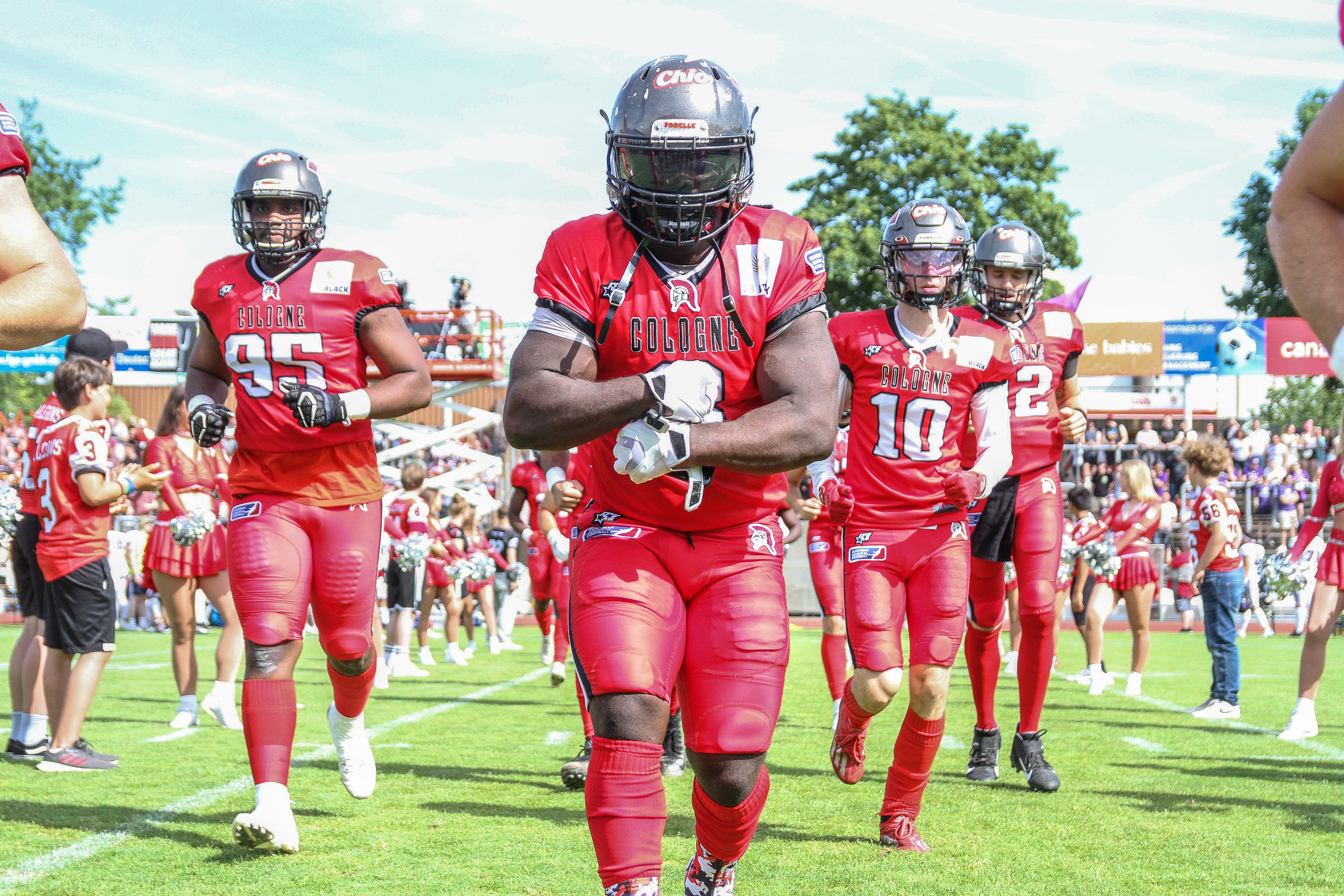 Today, the Cologne Centurions face the derby against Düsseldorf Rhein Fire. A win is important for the Cologne team to stay in the race for the playoff spots.

“On game day I love to look people in the eye and see the fire there. That overwhelming joy after a play, after a drive, after a game. That's what I love most about this incredible sport. I'm passionate about coaching our team and it's an honor for me to be able to lead these 50 men.” It's not just these words that show Cologne's head coach Frank Roser how enthusiastic he is about the sport and coaching. Even after the recent defeats, this fire has not been extinguished. "On the contrary, I see it as an opportunity to show how we deal with failure. We can play better than against Berlin and Frankfurt and we will play better."

The Centurions proved in the first three games of the season that they can do better. Against the Istanbul Rams, the Tirol Raiders and the Barcelona Dragons, the Cologne offense set off offensive fireworks each time and produced an average of more than 40 points. Unfortunately, the Centurions were plagued by injury after that, sometimes up to 15 players were out at the same time due to injury and illness. For the game against Düsseldorf, however, the situation finally seems to be easing and some regular players will return to the team. "The important thing now is to move on. We have to remember who we are and who we can be. We can be a really good team if we are fully focused."

Full concentration will be required in the Rhenish derby. With three victories, the newly founded team from Düsseldorf is currently one place ahead of the team from Cologne. A win would help both teams in the race for the playoff spots. "I'm trying not to think about the playoffs, I'm trying to plan game by game. But of course we know that every win is important. The boys are going full throttle in training and our coaches are doing an incredible job of meticulously preparing the game plan. If we do everything we can, good things will happen. I'm sure."

It is also certain that the atmosphere at the upcoming away game against Rhein Fire will be particularly fiery. Both the Cologne and Düsseldorf fans have already shown that they have a passion for their respective teams. Due to the local rivalry, exceptionally loud support is to be expected. “Our fans are incredible. Their support helps us a lot and I hope we can celebrate a win together with them.”