Barcelona Dragons re-sign Zach "Magic" Edwards and with him one of the most versatile quarterbacks of the last season. 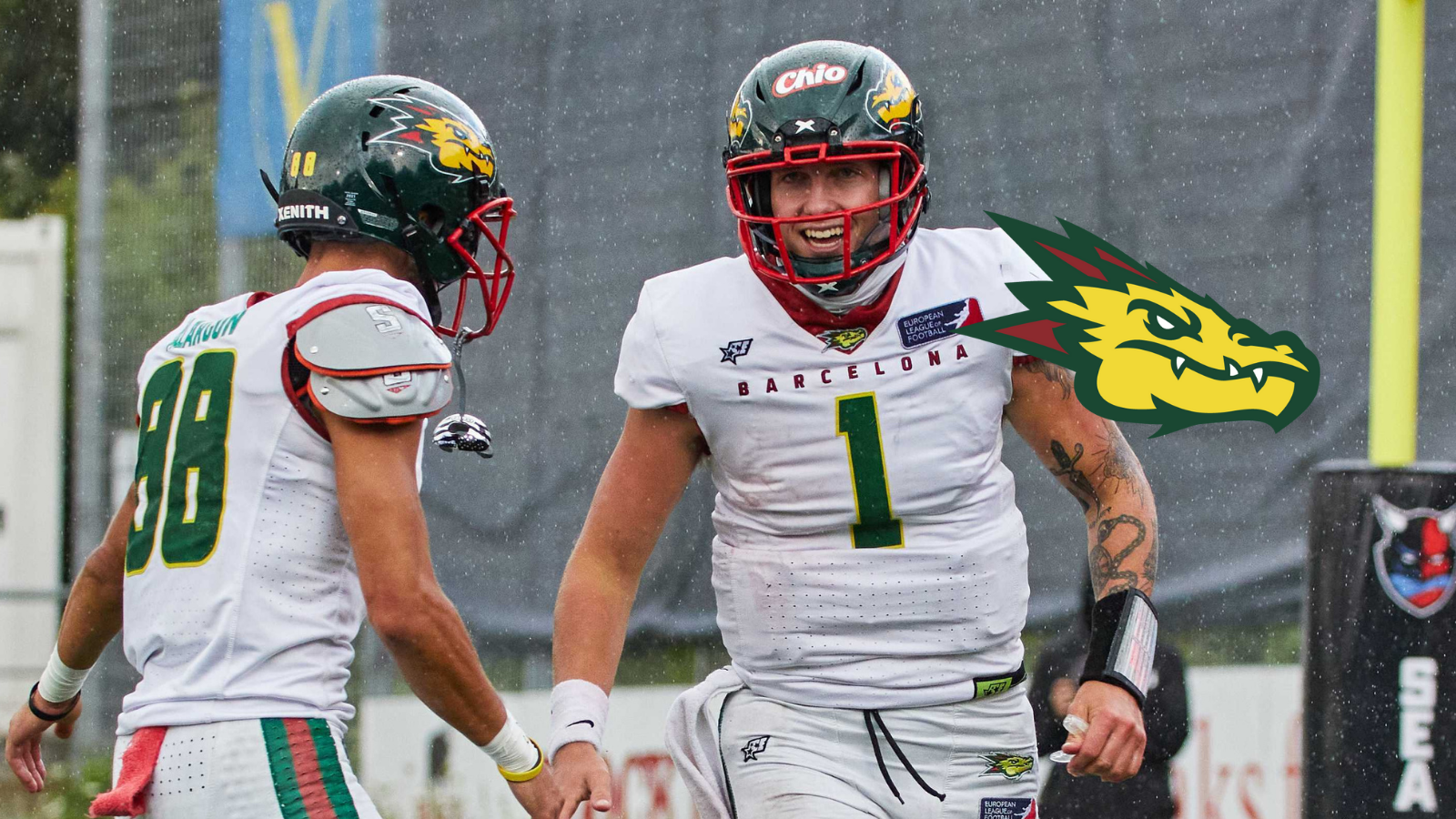 Quarterback Zach Edwards re-signed with the Barcelona Dragons for the 2022-season. ©Michael Freitag

The Barcelona Dragons sign Zach Edwards for the 2022-roster. The quarterback was the Chio-MVP of week 8 and one of the most important components of the Barcelona Dragons offense. His decisiveness and decisionmaking helped the Dragons to come back from a 4-game losing streak and almost make the playoffs in the first season of the European League of Football.

Despite being sacked 52 times throughout the season, being first in sacked allowed, Edwards had a good season.

For the Dragons, Edwards is the first American import who signed a new deal, while Jean Constant left the Dragons to join the Hamburg Sea Devils. Rémi Bertellin was one of the best targets, too.