Wrocław Panthers president Michał Latoś: "You also have to be able to lose".

The Panthers 2022 season turned out to be quite disappointing for the Polish. 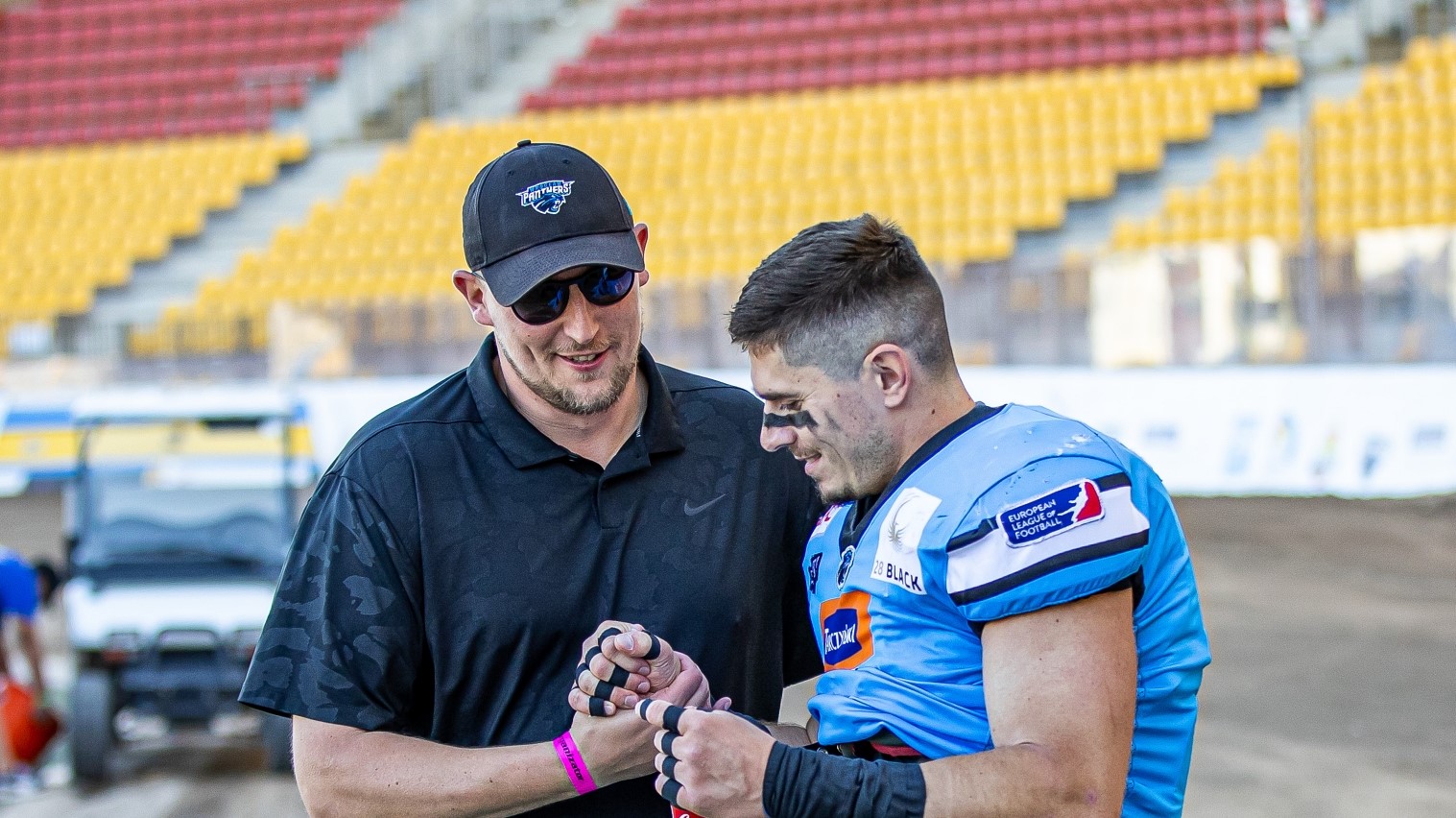 At the Panthers Wrocław, they had hoped for more in their second season in the European League of Football. While they were able to reach the playoffs in the first season, they had to settle for third place in the Northern Conference in 2022. Five wins and seven losses were the result of a season that was riddled with injuries. With Justice Hansen, Slade Jarman, Bartosz Dziedzic and John Uribe, the Panthers had four different quarterbacks, three of them US-American. Emblematic of a jinxed season.

However, burying one's head in the sand never seemed to be an option, according to Michał Latoś, president of the Panthers: "If we always wanted to win, we would stay in the Polish league and play games that even our fans didn't want to see. Of course, a season like this is difficult, but you also have to be able to lose. That's sports. [...] It teaches patience, which is the key to success in sports", said the president in an interview with the weekly magazine "Slowo Sportowe" and on their website.

The team the Panthers want to be

At the same time, the character of the team to be achieved in the coming season seems to be already clear. "The motivation to play better in the next game than the week before is dominant. That's the kind of team we want to be and that's why even in the last game against the Vienna Vikings, when the season was already lost, we gave our best and won against the future European champions," said Jakub Głogowski, general manager of the Panthers.

The injury worries and restructuring was noticeable last season. For example, Philéas Pasqualini, who was one of the top performers in the previous year, had to leave the Panthers early. No adequate replacement was found at the running backposition by the end of the season. Commenting on the decision, Latos said on the website, "Any decision to part ways with someone who has been a part of the team is difficult. Discussions about Phil's future went on for several weeks, and for a few games we hoped to see the same performance as last year. But unfortunately, it was still blocked by something, and we had to look for other solutions." If and how the squad will look like next season is still unclear.

"The head coach will certainly be [...] from the United States"

What is certain is that there will be changes in the coaching positions. The first "is the change of position of Jakub Samel from coach to sports director. This is the way to a better training of our players, even better recruiting and promotion of young talent. Of course, there will be a new head coach, who will be recruited based on the specific characteristics and vision of the team,which we have agreed with the club owner," said Latos in the interview.

Who will take over the head coach position should have been announced by the end of October. According to Latos, one thing is clear: "The head coach will certainly be a coach from the United States."