Two out of four players allocated to NFL teams through the NFL IPP Program this year are players from the European League of Football! 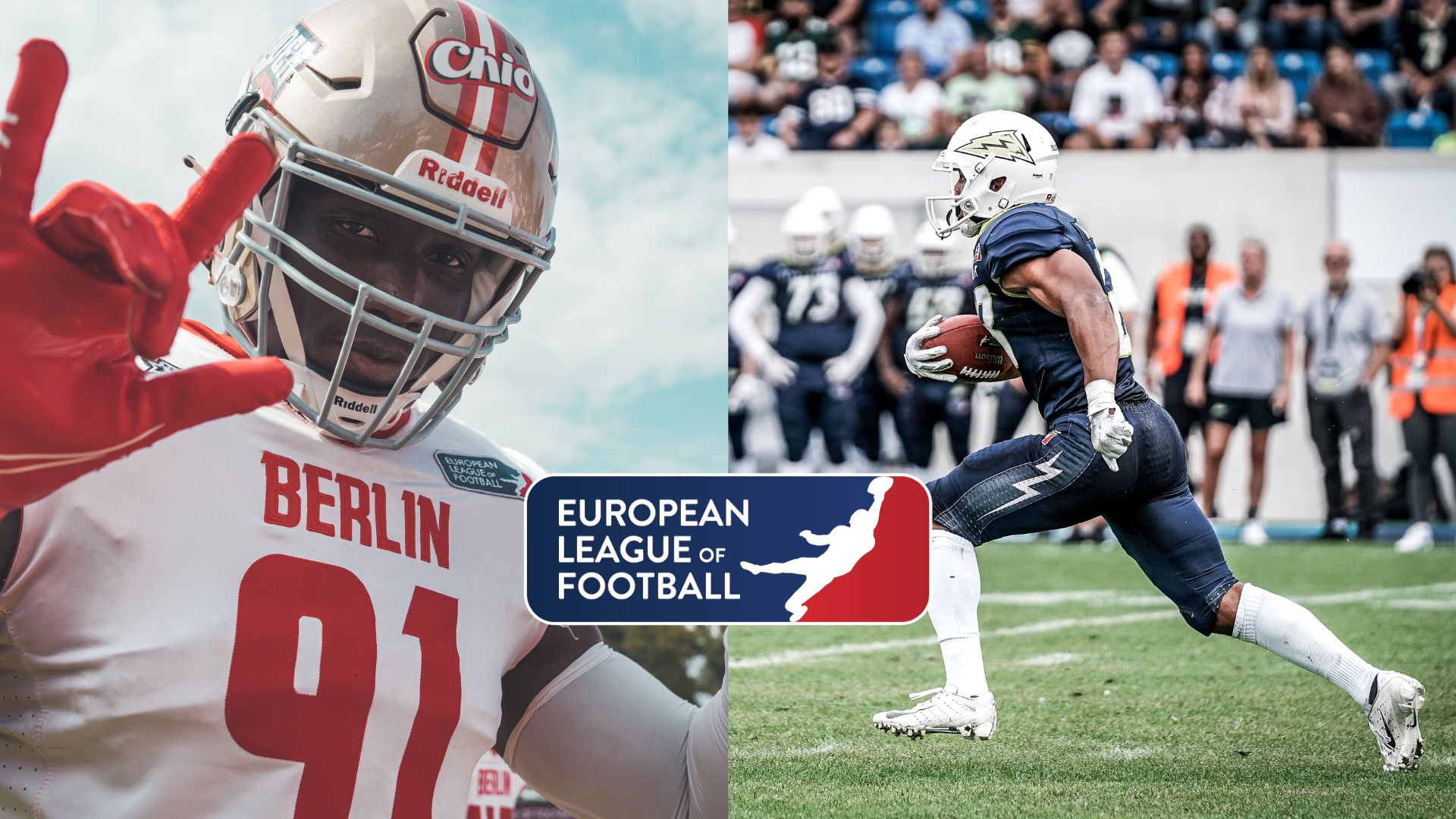 The last seven days in the European League of Football were full of signings and headlines. Former Surge cornerback Marcel Dabo and former Thunder defensive lineman Adedayo Odeleye were allocated to NFL teams via the NFL IPP Program.

The Centurions have found their replacement for 2021 MVP Madre London in American running back Tre King. The Raiders were able to add high-level players to their roster for their first season in the European League of Football.

The Spanish is currently conducting their training camp. The Dragons also released their final roster with former defensive back and 2021 All-Star Niko Lester playing running back this season. Click here for more information on Lester and why he switched positions.

The Thunder announced some more players over the past few days. French defensive back Amir Kilani and offensive lineman Luca Dohn will join the German franchise in 2022.

Former Thunder defensive end Adedayo Odeleye was allocated to the Houston Texans as part of the NFL IPP Program. He will be part of the Texans for the next two years and try to make the 53-man roster.

The Centurions have found their replacement for 2021 MVP Madre London. Former Texas Tech running back Tre King will suit up for the German franchise this season. King adds to an already deep running back group featuring Dean Tanwani and Toby Nick.

The Frankfurt Galaxy have signed defensive linemen Koku Giede, Than Le Minh, and Tim Göckus to be part of the reigning champion in 2022.

Despite being drafted by the B.C. Lions in the CFL, John-Levi Kruse decided to stay with the Hamburg Sea Devils in the European League of Football this year. Click on the post below to see his full statement.

The Rams announced Maltepe Hasan Polat Stadium as their home stadium for the 2022 season.

The Kings have started to practice at the beginning of May, like every other franchise in the league.

The German franchise has also announced the hiring of Marius Adler as the assistant defensive line coach and defensive quality control.

Over the past week, the Raiders have signed defensive backs Maxime Roger, Lucas Veluire, and offensive lineman Manuel Lortzing.

Former Surge cornerback Marcel Dabo was allocated to the Indianapolis Colts as part of the NFL IPP Program. TheGerman athlete will be part of the NFL franchise for the next two years and learn alongside veterans like Stephon Gilmore.

The German franchise has also added defensive back Eric Köhncke and wide receiver Moritz Riedinger to their roster.