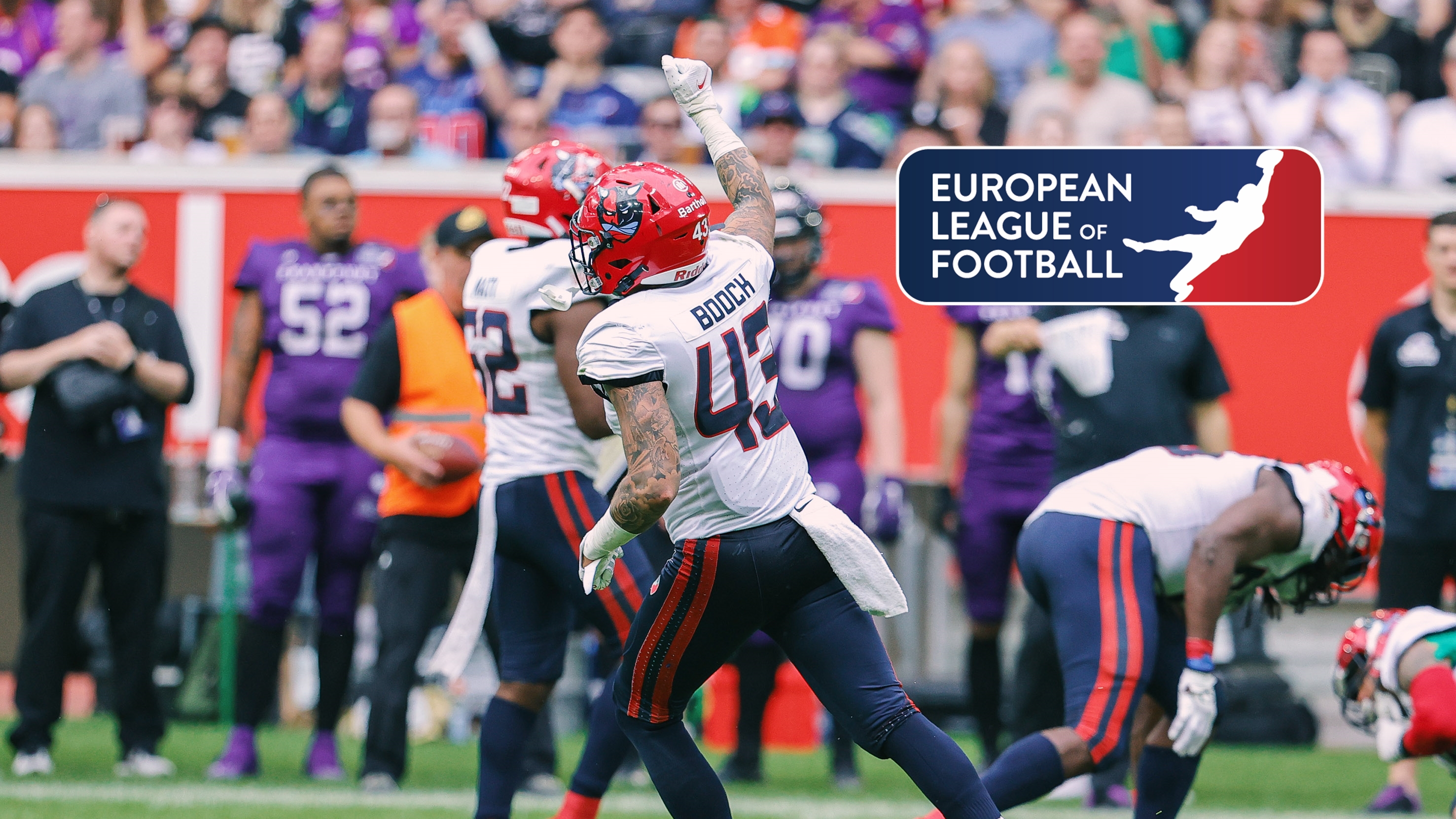 The last seven days in the European League of Football were full of news. Franchises around the league re-signed players, introduced new athletes, and even launched the first episode of a podcast.

The Barcelona Dragons re-signed 2021 running back Adrian Jiménez and signed Mathias Roll Hummelmose to their 2022 roster, as the team reported.

The franchise from the capital of Germany launched their own podcast this week. Thunder fans can listen to the Berlin Thunder Podcast wherever podcasts are available.

The Thunder also started to sell season-tickets on Friday. For more information and updates, visit the Thunder social media outlets.

The Centurions re-signed 2021 starting guard Frederick Weinreich to the 2022 roster, as reported by the team.

The Düsseldorf Rhein Fire announced Daniel Thywissen as one of seven co-owners of the German franchise. The new franchise officially hired former NFL Europe running back Oyeniran Olalere Odunayo Ojo as their running back coach for 2022 as well.

The Sea Devils announced that 2021 defensive coordinator Kendral Ellison will stay with the team in 2022.

The German franchise also confirmed that 2021 head coach Andreas Nommensen will not return to the team due to personal reasons. In a corresponding move, the franchise announced former Centurions’ head coach Kirk Heidelberg as the new offensive coordinator for 2022.

The Vienna Vikings announced the signing of wide receiver Anton Wegan and running back Flo Wegan. Click here for more information on the signings.

The Polish franchise also announced longtime head coach and defensive master-mind Dave Likins as the Panthers defensive coordinator for the 2022 season in the European League of Football.

The Leipzig Kings announced the postponement of their tryout which was scheduled to take place on December 5th due to COVID-19 regulations. As of now, the franchise is looking to reschedule the event, according to the franchise.