A few weeks into the first European League of Football off-season, all twelfth franchises already made moves to improve their product on the field. 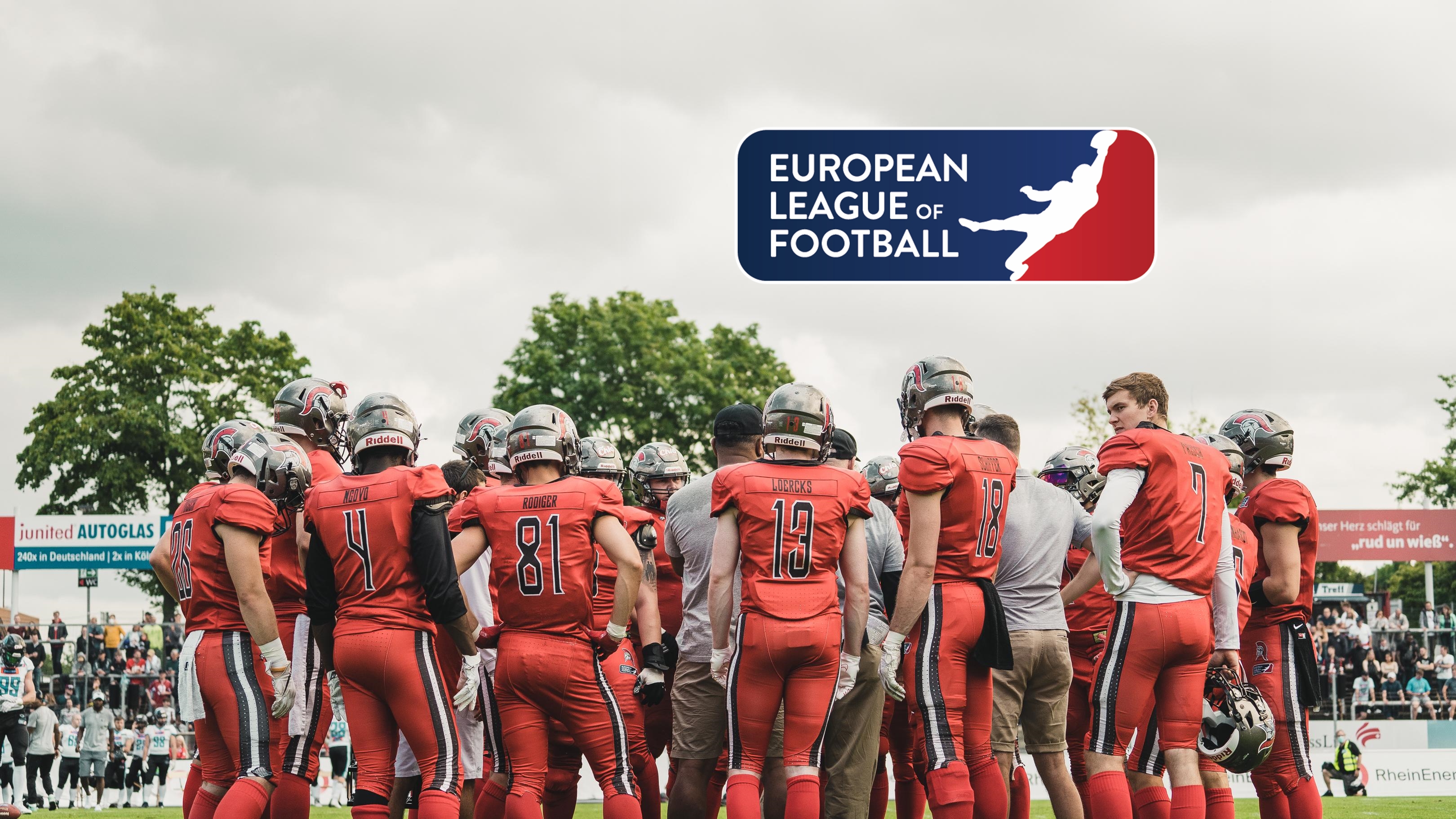 In the past week, most franchises in the European League of Football were active in re-signing players from last season, signing new players from other franchises, building up their coaching staff, or even holding combines to scout new football talent for the 2022 season.

The Centurions were active this week and re-signed their starting quarterback Jan Weinreich for the 2022 season. “Jan is an important part of our team moving forward. One who leads the way and who is a true role model as a person and a player. He is one of the local heroes this league so desperately needs. We look forward to continuing to work together”, general manager David Drane commented, according to the Centurions press release. The Cologne franchise also re-signed defensive lineman Julian Völker for the 2022 season. With him, the Centurions get a key player on defensive back for their second campaign in the European League of Football.

The Rhein Fire announced several additions to their coaching staff. Detlef Reck will work as the tight end coach and time coordinator. Stefan Nickel will support the special teams and function as the kicking consultant, according to Rhein Fire. Another coach who was introduced by Düsseldorf over the course of the week was Pascal Hohenberg who will be the defensive line coach for Rhein Fire in 2022.

The Westphalian franchise also announced their first official player signing. Offensive lineman Sven Breidenbach was introduced by the franchise yesterday and will protect their quarterback in the upcoming season.

The Frankfurt Galaxy announced a Galaxy Dancers Casting for next season. Registration to take part is open until November 21st. The event itself will take place on November 28th, as the franchise announced on social media.

The Istanbul Rams posted one of the most active weeks of any franchise in the league this week. Four coaches to help head coach Val Gunn in the 2022 season were announced by the team. Alex Burdette will work as the offensive coordinator and wide receiver coach. Matt Lawson will function as the Rams’ running back coach for upcoming season. Defensively, the Rams announced Andre Whyte as their defensive back coach and Kasey Crosby as their defensive line coach.

On top of strengthening the coaching staff, the Rams introduced one playmaker on each side of the ball. Former Stuttgart Surge linebacker Zachary Blair was official signed by the team last week. On top of that, American running back and wide receiver Jalen Conwell was introduced by the team as well.

The Vikings are holding a combine today. The Austrian franchise announced that more than 70 players from 19 different countries were registered two weeks prior to the event. More information about the combine and official combine testing results will follow as soon as possible.

The Polish franchise announced the re-signing of two defensive players that were not with the team for the inaugural season in 2021. However, Lary Adam and Wis Krzysztof were now re-signed by the team and play for the Panthers in 2022. (Social Media)