The Stuttgart Surge have scored the least points in the European League of Football this season so far. Will this change with a new quarterback under center? 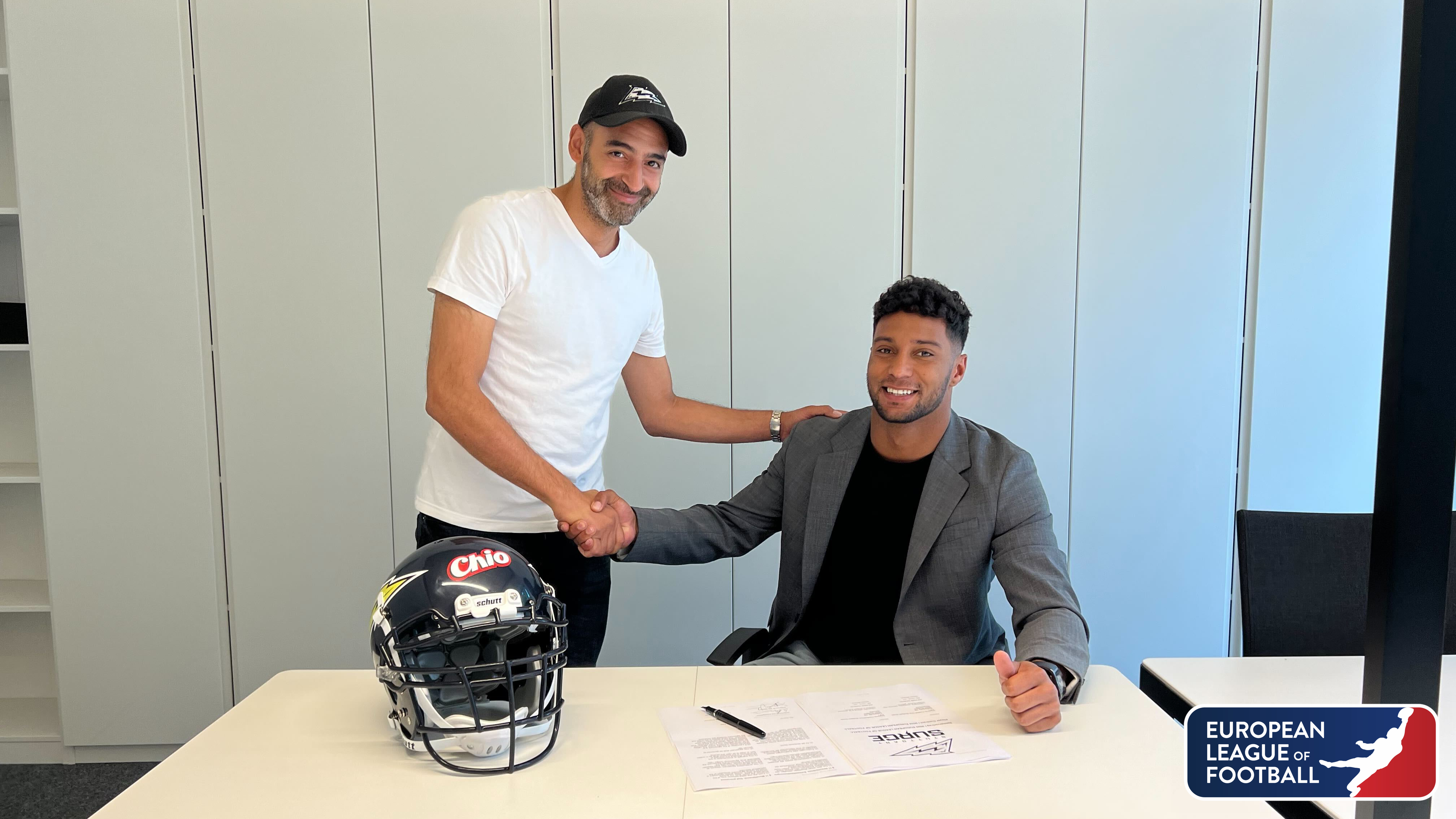 Some teams lose, others win. But every franchise has one thing in common: to have the best players possible on your team every single week!

Let’s have a look at the latest roster moves around the European League of Football.

The Berlin Thunder have re-signed French safety Maceo Beard who took part in the 2021 NFL International Combine. He was signed by the Saskatchewan Roughriders in the CFL earlier this year. Now, the Frenchman returns to the capital of Germany to play for the Thunder in the European League of Football.

The Stuttgart Surge have released with running back Chris Voumbo and kicker Jonata Loria. The Surge have also parted ways with American tight end David Meza.

The reigning champions have released quarterback Jasper Small. In a blockbuster signing, the Galaxy have announced former NFL wide receiver Reece Horn to join the active roster for the remainder of the season.

The Rams have parted ways with British running back Tyrese Johnson-Fisher, as announced by the franchise. The Turkish franchise has also lost Swedish defensive back Noah Allsten for the remainder of the season due to an injury.

The Vikings have announced that defensive back Florian Albrecht and Clemens Walz are out for the remainder of the season. However, the Vikings have signed wide receiver Marian Deininger in a corresponding move.

On the flip side, the Polish franchise has signed offensive linemen Sebastian Kojkol and Lukáš Bočkay to their active roster.