The Cologne Centurions have added a strong piece to their defensive by picking up former Rams defensive back Chad Walrond! 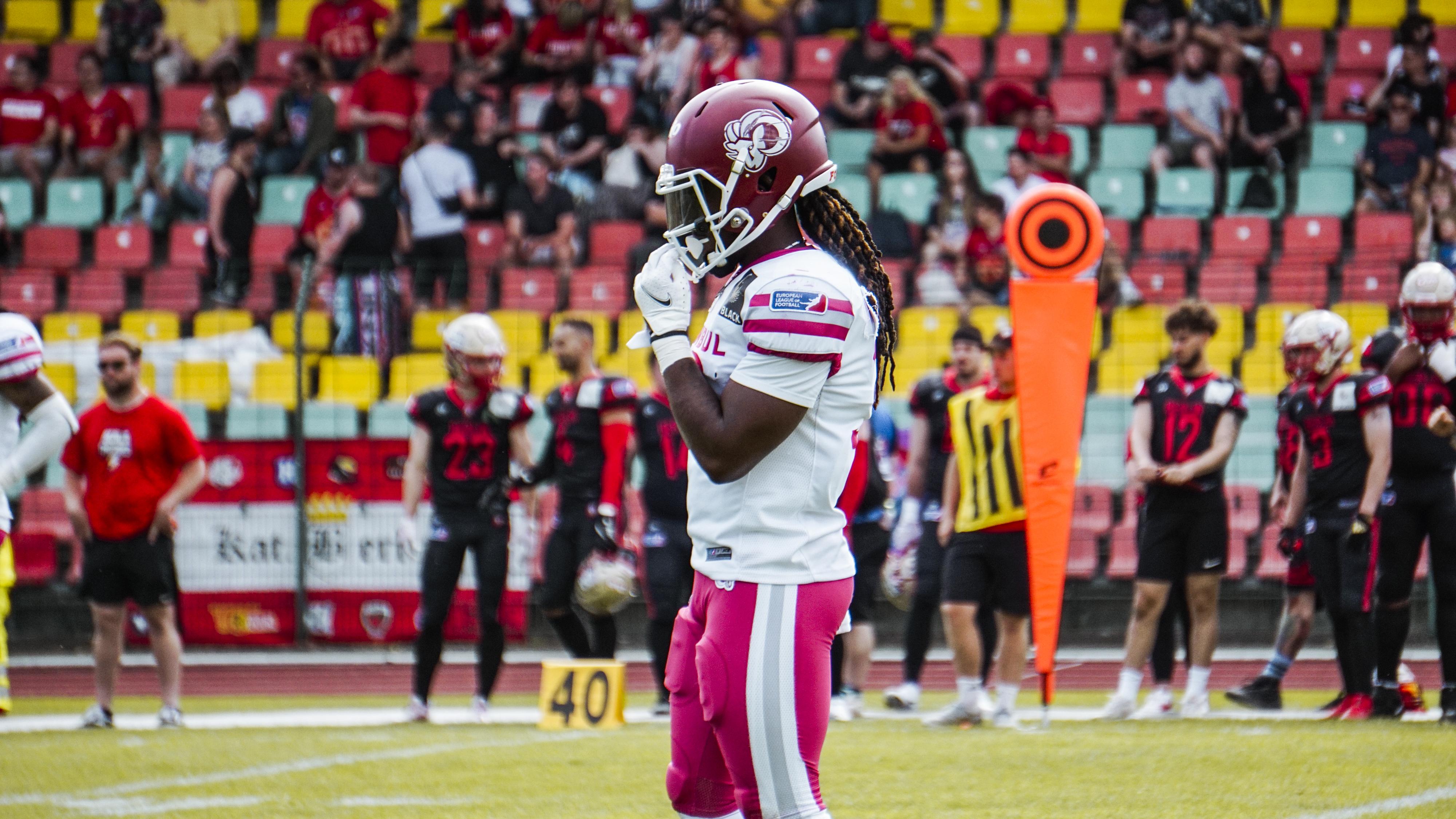 Some teams face a difficult stretch of games ahead with a losing record of 0-3. Others have to remain as competitive as in the past three weeks to remain on top of their conference.

The Barcelona Dragons have signed Spanish quarterback Sergio Barbero to their roster.

On top of that, the Thunder have released offensive lineman Oleg Gerats.

The Cologne Centurions have announced the signing of former Istanbul Rams defensive back and NFL International Combine attendee Chad Walrond.

The Frankfurt Galaxy have lost linebacker Sebastian Gauthier for the remainder of the season due to injury. They have also released American cornerback Jermaine Brealy Jr and have placed defensive lineman Sven Rieger on the injured reserved list.

The Raiders Tirol have lost American running back Logan Moragne for the remainder of the season due to injury and released in him in a corresponding move.

The Rams were once again bugged by a list of injuries as they had to place American running back and wide receiver Jalen Conwell, offensive lineman Ayberk Kursinlu, wide receiver Alihan Agackesen, and linebacker Aykut Aslan on the injured reserved list.

However, the Turkish franchise has signed American defensive back Andre Whyte which will be the third defensive player who takes an American import spot for the Rams.Therefore, wide receiver Devin Heckstall remains the only American import player on offense.

Rhein Fire has added linebacker Wesley Baer to their defense.

The Kings have re-signed their 2021 defensive lineman Vincent Buffet who was cut by the Frankfurt Galaxy last week. The German franchise has also re-signed safety Florian Borger and has released running back Florian Giese and offensive lineman Zacharia Junior Davidson-Bentham.

The Vikings have announced the loss of wide receiver Florian Bierbaumer due to a season ending injury. They have also released offensive lineman Matthias Stockamp and wide receiver Raoul Hrouda.

The Panthers have lost starting quarterback Justice Hansen due to a season ending injury but have already signed former Division II quarterback Slade Jarman as his replacement.

As the contracts of American import players Nemieceo Loureiro and Charleus Dieuseil have expired, both of them will no longer be on the Panthers roster moving forward.