Week 9 in the European League of Football was full of incredible moments. But what can we take away from each game? 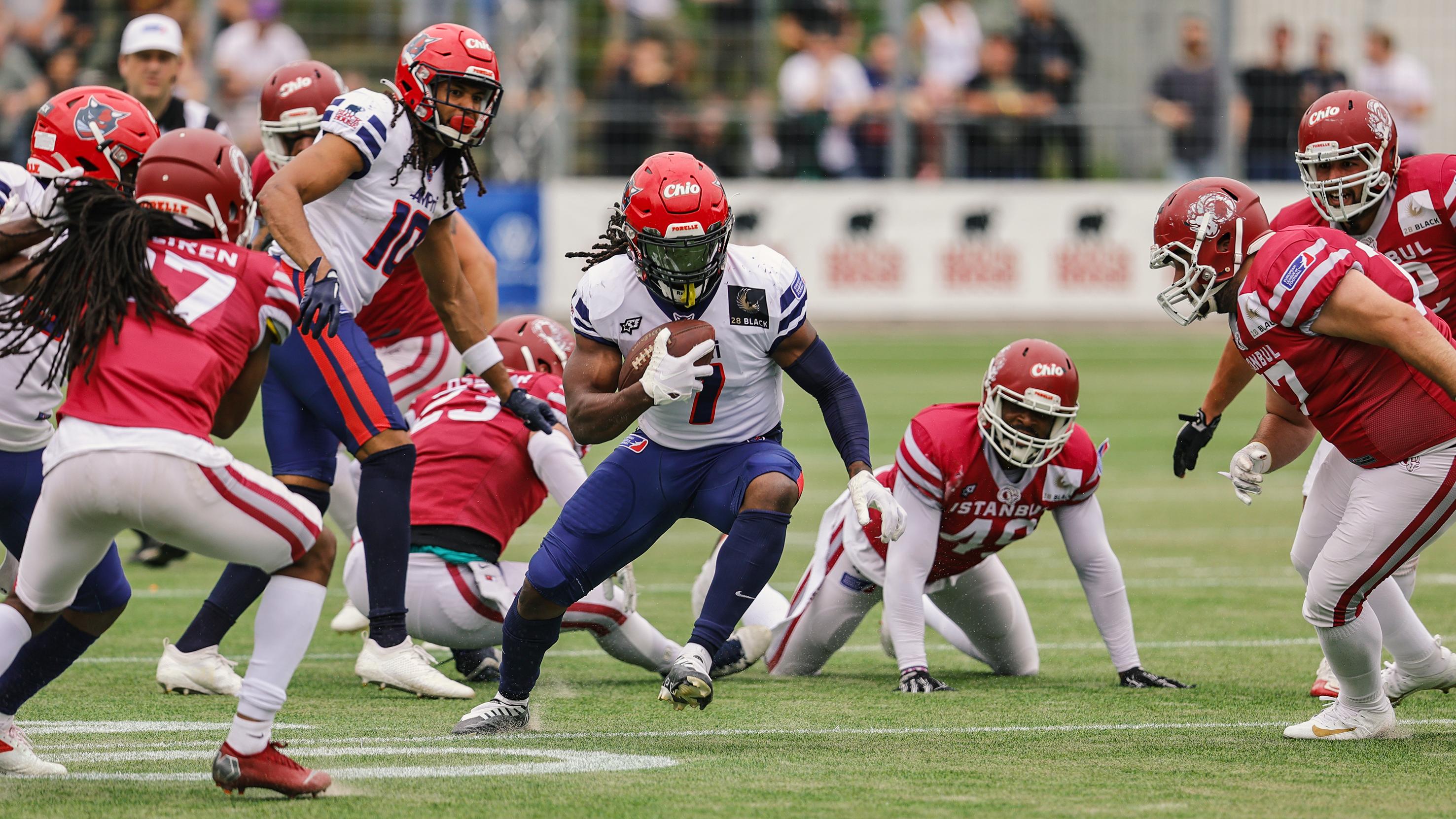 Quarterback Zach Edwards did not have his best game last Sunday against Rhein Fire. But he did what was needed to be done in order to on top of the South Conference.

With 23 completed passes, Edwards threw for 211 yards, two interceptions, and two touchdowns. On the ground, Edwards was rolling again with 18 carries for 87 rushing yards and one additional touchdown.

Edwards is one of the best quarterbacks in the league who is hard to stop through the air by its own. But one he takes of running, good luck with stopping him before he magically ends up in the endzone.

Will the magician show his skills in Week 11 against the struggling Centurions once again?

Remember the times when the Galaxy were not able to convert any long field goals to close out games? Those times are over.

With former Division I kicker Ryan Rimmler, the reigning champions have signed a reliable player who can win you a game in the last seconds of the fourth quarter.

Against the Panthers, Rimmler’s 52-Yard field goal was much need as the Galaxy trailed the Panthers with a score of 27-29 and only four seconds remaining on the clock.

The 7-1 Sea Devils were shocked by the 1-7 Rams this Sunday. As the 2021 playoff team demolished the Turkish franchise with a final score of 70-0 in their first matchup, the Rams were shutting down the Sea Devils completely in the first half.

After a Ram’s lead of 17-0 in the third quarter, the Sea Devils finally came on the board because of running back Glen Toonga.

The Sea Devils usually dominate their opponents but started this game from behind. Although the German franchise did not want to be in that situation, they proved their ability of winning games from behind. Having this mentality will be important once the playoffs come around.

Raiders quarterback Sean Shelton proved once again why he is probably the best quarterback in the league.

With 83.3 completion percentage on 36 pass attempts, 438 passing yards, five passing touchdowns, and one rushing touchdown, the American gunslinger put on a show in Leipzig.

Will he be able to keep the Raiders in playoff position?

The Vienna Vikings posted their third win this season in which they did not allow any points. With their 41-0 win over the 0-8 Surge, the Austrian franchise is going for it all this season!

With quarterback Jackson Erdmann throwing for 318 yards and a score, the Vikings were rolling offensively. But the Surge were able to slow down running back Anton Wegan who ran in for a score but only for 18 yards overall.

Surprisingly, fellow running back Modeste Pooda had more success with the same amount of carries but 57 rushing yards and a score as well.

Besides all those offensive performances, the Vikings were not able to keep up their pass rush against the Surge. With no sacks against quarterback Dante Vandeven, the Vikings need to find a way to the passer once again in Week 11.

Three touchdown passes, no interceptions, and almost 300 passing yards underlines another great outing by Thunder quarterback Joe Germinerio. The one-time Chio MVP of the Week had everything under control besides one fumble which was recovered by the Centurions.

Will the American quarterback lead Berlin into the playoffs?