Istanbul almost pulls of the upset in Hamburg and more! 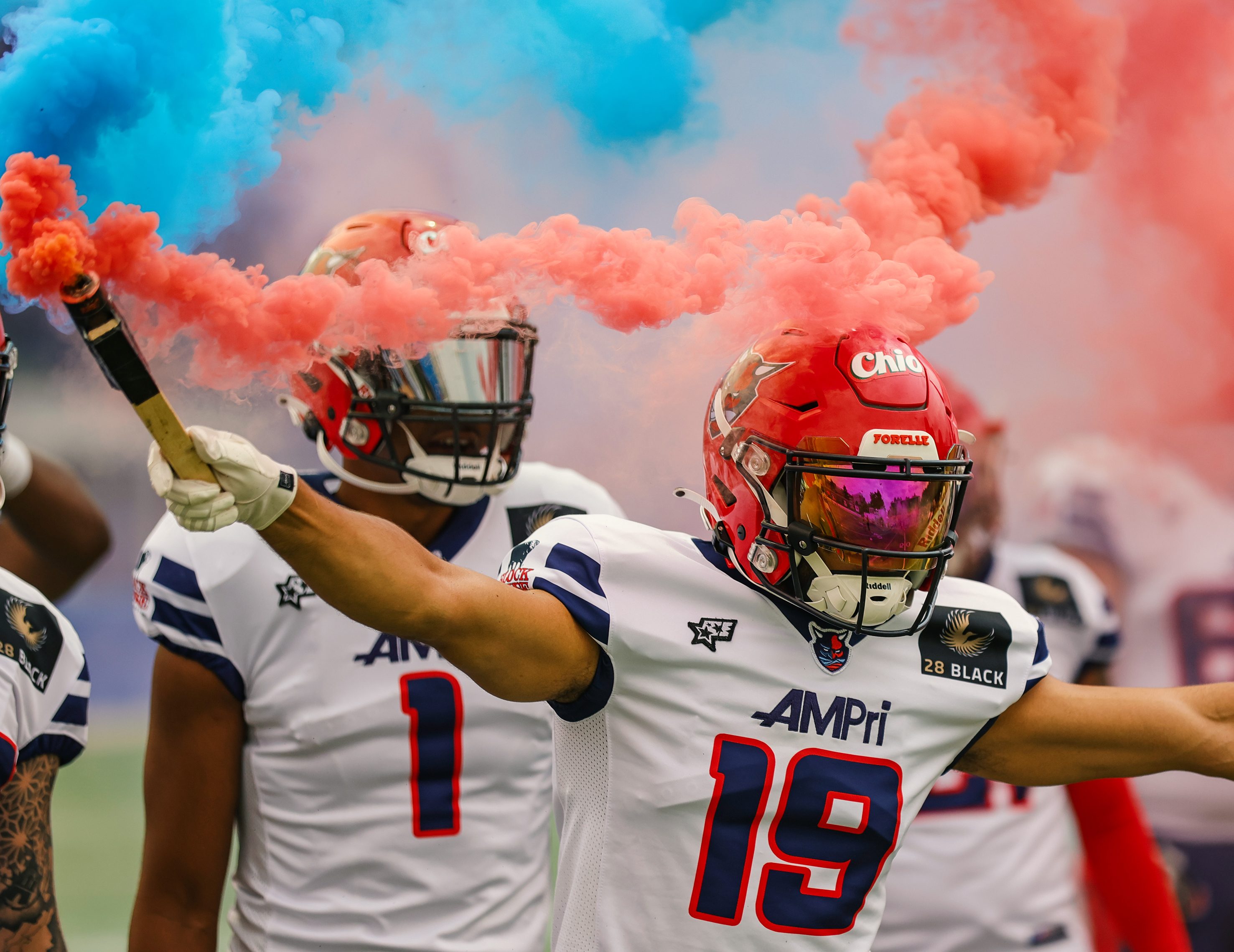 Coming into the game, everyone knew a 70-0 win for the Sea Devils was not expected another time. The Istanbul Rams progressed with a renewed roster against the Barcelona Dragons and were fired up to get the second win in a row against the Hamburg Sea Devils. To start the game, the Rams came out sharp while on the other side, Salieu Ceesay had problems finding his receivers. The Istanbul Rams went into halftime with a 17-0 lead, a concussion to Sea Devils’ defensive end Giovanni Nanguy left a bad taste of the first half. Seemingly, a moral boost for the Sea Devils that started the second half with two straight touchdown, both by Glen Toonga. The game was decided in overtime, when again, Glen Toonga scored the finishing touchdown, marking the highest comeback victory, after a 17-point deficit, in European League of Football history. With 29-26, the Sea Devils stumble into the bye-week.

The Frankfurt Galaxy were travelling to the Wrocław Panthers with their “Champion carrier” for the first time. Unfortunately for the Galaxy, the Panthers had not yet closed their view on the Northern Conference leaders Berlin Thunder and Hamburg Sea Devils. Slade Jarman provided 3 touchdowns and over 260 yards passing, while Jakeb Sullivan even surpassed his production with 320 yards and four touchdowns late into the game. With Malik Stanley for the Panthers and Reece Horn for the Galaxy also two of the best receivers in the game met. Even though the Frankfurt Galaxy were trailing the whole game, it came down to a 52-field goal attempt by Ryan Rimmler, putting the Galaxy on top and keep the playoff-hope alive. The game ended 30-29.

The Raiders are getting better and better every week. Against the Leipzig Kings, Sean Shelton had a phenomenal performance to start the game and ended even better. In 36 attempts, he completed 30 passes for 5 Touchdowns and 438 yards. An MVP-worthy performance. Marco Schneider and Yannick Mayr were the top targets of the US-American, who carried his Raiders to the 56-14-win. The Leipzig Kings’ run game with Bahr and Connor Miller struggled to produce, it took away opportunities for the offense and Connor Miller in sunny weather. The Raiders were just overpowered in every statistic, making the Raiders one of the teams of the hour.

The Stuttgart Surge offense continued to struggle against heavier opponents. Jackson Erdmann and Anton Wegan put the Vikings early on the board, Surge quarterback Dante Vandeven seemed lost behind a line that could not protect their backfield. Neither the running game, nor the passing game made a turn to the better after last weeks release of former head coach Martin Hanselmann. While the Vikings dominated the line of scrimmage with three more touchdowns by Modeste Pooda, Erdmann and Johannes Schütz, a harsh 41-0-loss for the Stuttgart Surge kept the team of George Streeter away from getting their first win. Vikings stay undefeated with 8-0.

The formerly 2-5 Centurions were visiting the 4-3 Thunder on the road. The first half contained a lot of breath-taking plays with deep passes, interceptions, fumbles and much more.
German wide receiver Robin Wilzeck continued where he left off last week. With four catches for 126 yards and one receiving touchdown, the NFL-hopeful proved his value once again. The Centurions had big-plays on offense supported by their new running back Joshua Mack. However, starting quarterback Alexander Frisch was injured in the second quarter which forced the
Centurions to play their third-string quarterback. Even wide receiver Quinten Pounds threw a pass which ended up in the endzone for a score. After bouncing off score after score, the second half promised a lot of more action! Despite wide receiver Pounds behind for the majority of the second half, the Centurions were able to move the ball effectively. However, Pounds tried to force the throws down the field which resulted into an interception. In the fourth quarter, Berlin began to shake on offense but found their rhythm again with a touchdown run by Jocques Crawford. Pounds continued to play quarterback for the Centurions and turned the ball over once again with a fumble. At the end, the Centurions tried their best but stood no chance against the Thunder without a quarterback behind center.