Week 9 Preview: Will the Dragons stay on top of the South Conference?

Week 9 is almost here! Who is ready for a Sunday featuring five games? 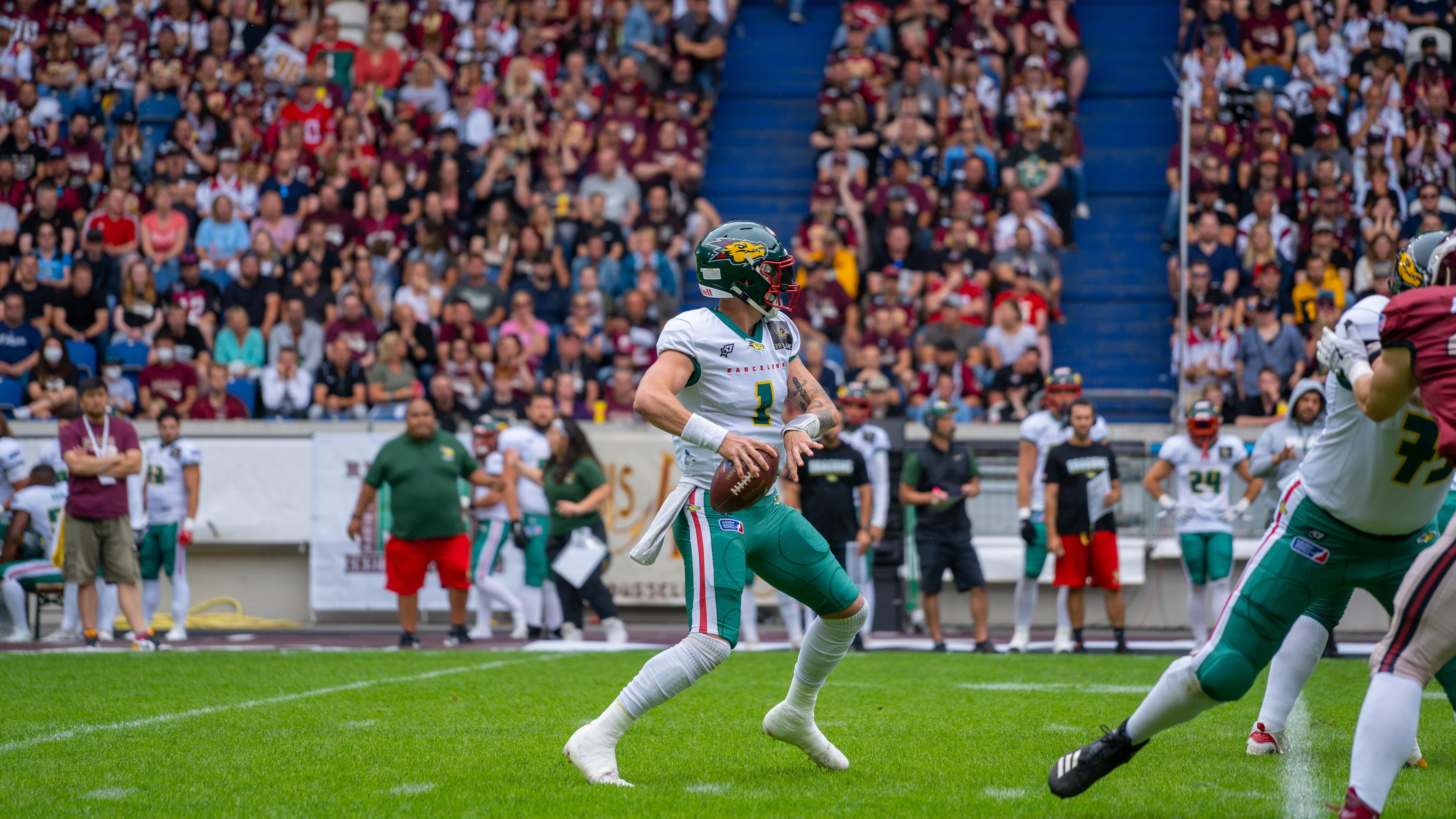 This game has ‘playoff implications’ written all over it. With the 4-3 Rhein Fire visiting the 5-2 Barcelona Dragons, both teams will battle for the top spot in the South Conference.

Will the Dragons be able to finally establish their run game? Are the Rhein Fire ready to take the next step offensively with their new quarterback Jadrian Clark?

All of these questions will be answered in a tough conference matchup that could already be a deciding game looking at the playoff picture.

The only undefeated team visiting the only winless team in the league. This is a matchup not a lot of fans will die to see, but are the Surge completely helpless?

With interims head coach George Streeter taking over the Surge, it could well be that the running game will finally take a step forward. But is quarterback Dante Vandeven ready to step up against the best team in the league right now?

The Vikings defense is looking better than ever with both defensive ends Blake Nelson and Leon Balogh coming off a multi-sack game. But watch out for linebacker Thomas Schnurrer to have an impact for the Vikings defensively as well!

This is a must win for both team. The Cologne Centurions started the season 2-0 and have since then lost five straight games. How will head coach Frank Roser react to Jan Weinreich being potentially out for the game due to his injury suffered against the Galaxy?

But noting is lost for the Centurions. With American running back Joshua Mack, the Centurions have a three-down back to lean on offensively no matter who will be behind center.

But the 4-3 Berlin Thunder are on a roll. Quarterback Joe Germinerio and defensive end Kyle Kitchens both won the Chio MVP of the Week over the last games. Let’s see what an electrifying Thunder team will look like against the 2-5 Centurions who will do everything to avoid their sixth straight loss .

As most matchups in Week 9, it is all about conference standings and playoff spots. The Frankfurt Galaxy are currently ranked third in their conference despite a positive record. The Panthers currently sit at three as well, right behind the 4-3 Berlin Thunder and the 6-1 Hamburg Sea Devils.

If the Galaxy can be as dominant as in the last weeks, it will be difficult for the Panthers to win at home. But quarterback Slade Jarman proved to be a weapon for the Polish franchise so far.

Let’s see catches up in their conference and who will be pushed down after his exacting matchup on Sunday!

Will we see another upset happening this Sunday? I would not say never, but at least a lot of facts are pointing in another direction.

The 6-1 Hamburg Sea Devils are currently riding their wave. Offensively, defensively, and on special teams, the Hanseatic franchise is almost unstoppable. On top of their running game with leading rusher Glen Toonga, quarterback Salieu Ceesay is getting more comfortable behind center.

However, the 1-6 Rams are looking much better compared to their first weeks in the European League of Football. With American quarterback Isaiah Green commanding the offense, the Rams seem to have one of the most dual-threat quarterbacks in the league on their roster.

Will the Sea Devils come crushing down on the Rams or will the Turkish franchise shock everyone again?

On paper, this game looks like a trap for the Raiders Tirol. Currently having a seat in the playoffs, the Austrian franchise could find themselves out of contention after visiting the Kings in Leipzig.

Having the third-best passing game in the league, the Kings will challenge Shelton with their pass rush. Especially on third down, the Kings defense is stopping the opposing offense with only having allowed 29 third-down conversion over the course of the season so far (4th).

Will the Raiders stay in the playoff race, or will the Kings upset the Tyrolians?