Week 8: Is QB Jadrian Clark about to take revenge?

After starting for the Hamburg Sea Devils in 2021, Clark faces his old team this Sunday! 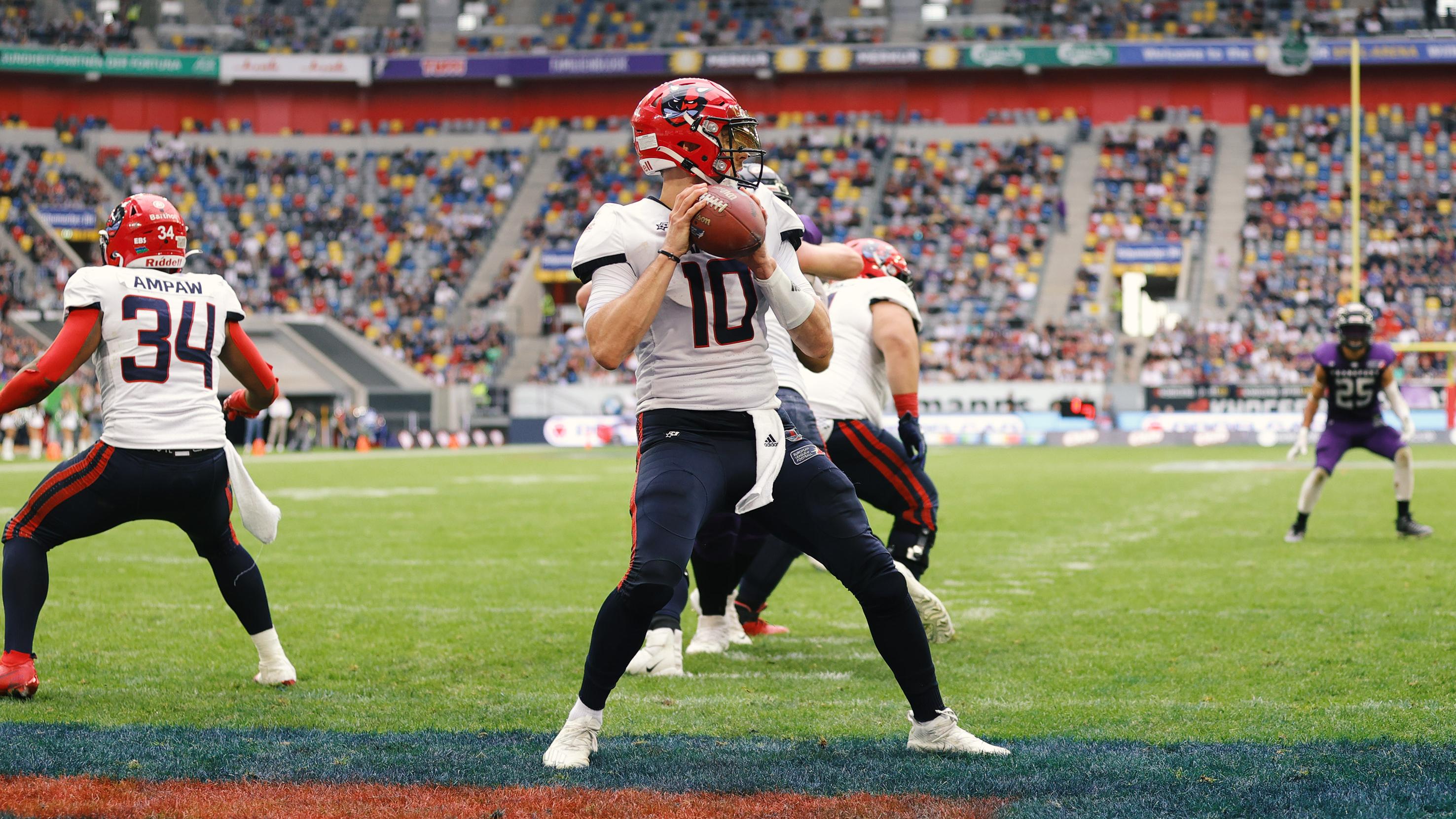 After the 2021 season came to an end, the Hamburg Sea Devils reassessed their quarterback position and decided to roll with homegrown quarterback Salieu Ceesay as their starter for the 2022 season.

The 2021 back-up quarterback showed some splashes during games in the inaugural season and ended up getting the nod over Jadrian Clark. This left the former Division I player without a team in the European League of Football for the 2022 season, until now.

Just after news broke that former starting quarterback Matt Adam suffered a season-ending injury, Rhein Fire announced that Clark will be their starting quarterback for the remainder of the season. However, backup quarterback Rohat Dagdelen could be stepping in against the Sea Devils on Sunday since he knows the playbook. This would give Clark some time to get comfortable in his new offense.

In 2021, Clark reached the first ever Championship Game of the European League of Football with the Sea Devils. Will he be able to reach the playoffs with his new team once again?

Looking at the stats

In comparison, Matt Adam has completed 55.91 percent of his passes so far and has thrown for 165 yards, 1.6 touchdowns, and 0.4 interceptions per game.

Although both quarterbacks threw for the same amount of touchdowns per game, Clark has thrown more than one interception per game on average. It will be interesting to see if the former Division I quarterback can correct this number with theRhein Fire in 2022.

But no matter the turnovers, Clark did not have wide receivers like Timothy Knuettel and Nathaniel Robitaille as premier targets with the Sea Devils in 2021. So, let’s see what he will possibly do against his old team with some new weapons on Sunday!