Week 7 in the European League of Football was filled with highlights and individual breakout games. But what are the major takeaways from this week? 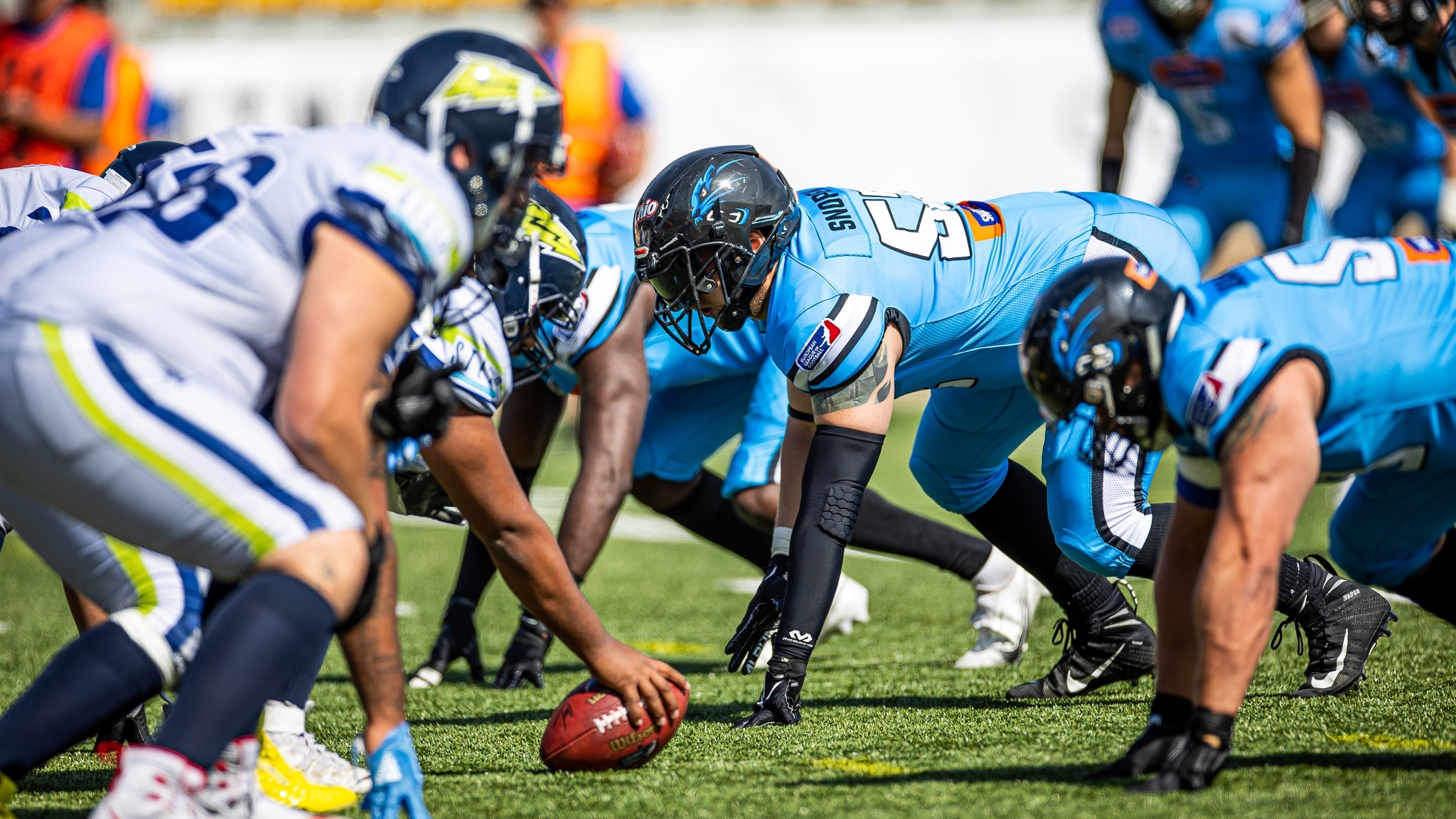 It seems like the Surge are like a light switch. Sometimes they’re turned on and find enough power to force the reigning champions into overtime. Other times, they’re completely turned off and don’t even put any points on the scoreboard against the formerly 2-4 Panthers.

Surge quarterback Dante Vandeven told me that his team has the players and athletes to compete with everyone in this league. Well, this didn’t turn out to be the case on Sunday. Although facing one of the better defenses against the pass in the league, 76 yards through the air, no touchdowns, and three interceptions are just not enough to win.

However, being blown out 34 – 0 by the Panthers is not solely Vandeven’s fault as he racked up double the yards (61) on the ground compared to the Surge starting running back Jalen Conwell (29).

All in all, it will be interesting to see where the Surge will go from here. Will they be plugged in next week or completely out of energy once again?

Thunder QB Germinerio is turning up the heat

Thanks to an incredible performance by quarterback Joe Germinerio, the Berlin Thunder are over .500 for the first time in 2022.

With 3 passing touchdowns, 2 rushing touchdowns, and almost 370 yards of total offense, the American proved that he can put the team on his back and win it all.

After a slow start scattered with costly turnovers in almost every game, Germinerio finally played a game without turning the ball over as well. For an often times shaky Thunder offense, this game was much needed.

But will the Thunder stand a chance against the Sea Devils in the North Conference?

Is Frankfurt back on track for another championship?

Again and again, Frankfurt proves to be back to its old form. Despite a 0-2 start to the season, the reigning champion showed what franchises around the league have to deal with on a weekly basis.

A brutal offense led by elusive quarterback Jakeb Sullivan, a crushing defense that still features a number of playmakers after heavy injuries, and a solid special teams performance led by former Division I kicker Ryan Rimmler overwhelms almost every team in the league.

Not to mention that former NFL wide receiver Reece Horn scored at least one touchdown in each game with the Galaxy since he joined the team in Week 5.