Today six teams of the European League of Football will face of before they are heading into their bye week. Which teams will give it their all, and who’s mind is already in the bye week? 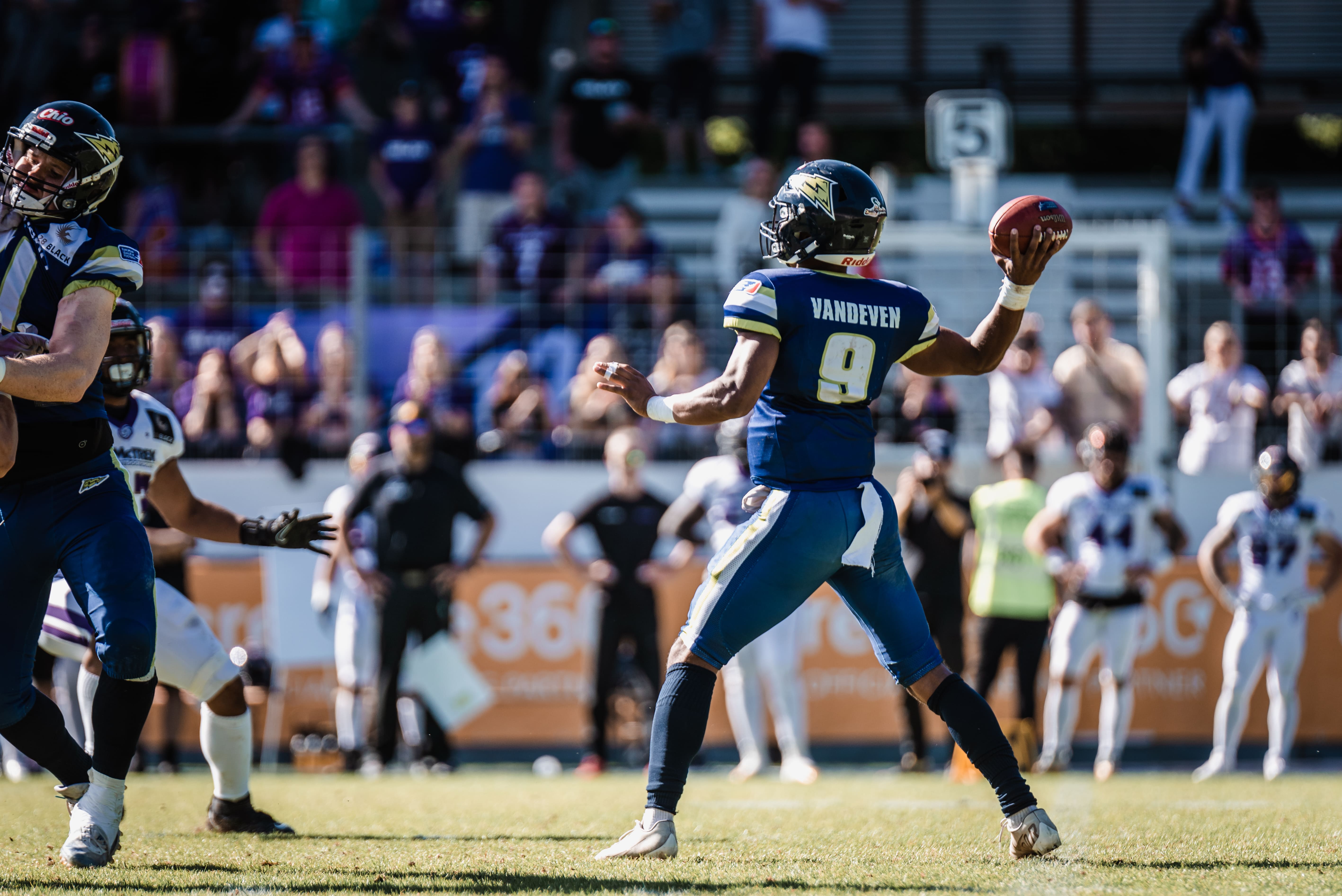 Dante Vandeven on the move for the Stuttgart Surge. © Fiona Noever

Today, Cologne’s defense will finally have to step up, if they want to end their four-game losing streak. A vital point of shutting down the Galaxy offense, will be taking out former NFL wide receiver Reece Horn. Best suited to fulfil that tasked is former UTEP cornerback Kalon Beverly. Although Jakeb Sullivan has many more weapons to throw to, covering Horn well would be a big win-factor for the Centurions.

Newly signed Kings quarterback Conor Miller will make his European League of Football debut against what is probably the league’s best defensive backfield. Led by Robby Kendall, the Berlin backfield features many more top-level European talents like Maceo Beard or Moritz Thiele. Can Conor come in with a bang, or will the Thunder be over .500 for the first time this season?

Since signing Vandeven, the Surge made massive steps in the right direction, almost winning against the Galaxy last week. But unnecessary turnovers are still bugging the winless team. The Panthers may have been struggling over the last weeks, but they still have a standout cornerback in Darius Robinson, that you cannot ever count out to make the game deciding play. Can Vandeven carry the Surge to their first victory, or will his gunslinger play still cost them once again.