Week 6 Preview: Who wins the battle of the undefeated?

Week 6 puts a smile on the face of many fans. Which of the undefeated teams will prevail in the end of the sixth week of the European League of Football 2022? The Vienna Vikings or Barcelona Dragons? Which team in the Northern Conference will stay on top of the Hamburg Sea Devils? Who will win the battle for the river Rhine? Let’s take a closer look. 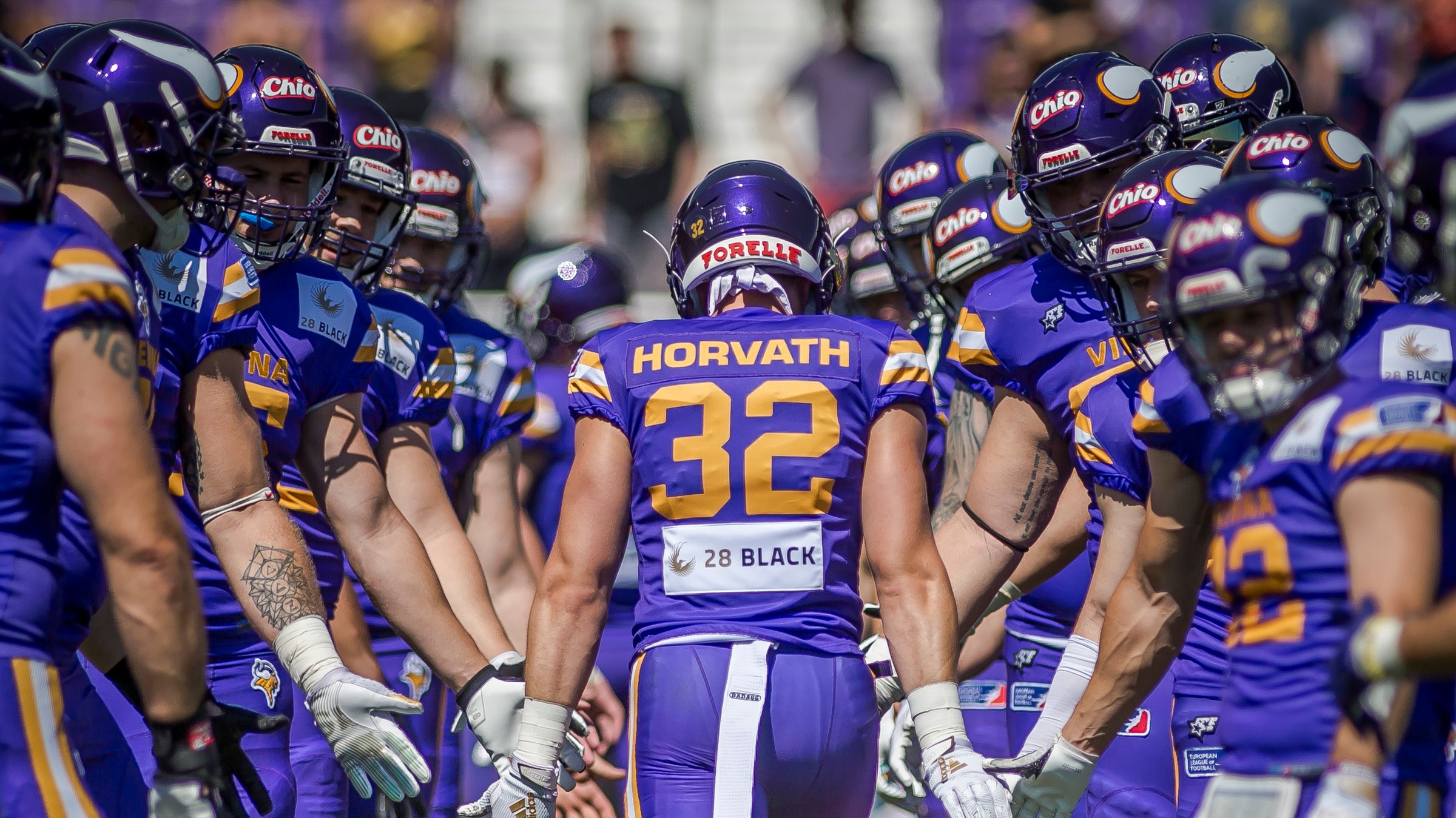 The Vienna Vikings are one of two undefeated franchises. © Hannes Jirgal

It seems to be an unequal competition. The Hamburg Sea Devils come to Istanbul with a lot of motivation to be undefeated for the fourth game in a row. The Istanbul Rams are looking for their first win of the season. Will they succeed against the strengthened Sea Devils? The Hanseatic defense already dominated against Rhein Fire, and the Sea Devils' running game was also unstoppable. Now the Istanbul Rams need to put an exclamation mark out to the public. The game could become a trap-game for the Sea Devils if they don't take the game seriously. Although Head Coach Charles Jones had already addressed the issue, sometimes David can win against Goliath.

It makes your mouth water. The unbeaten Vienna Vikings meet the unbeaten Barcelona Dragons. A fight that only one team can win. Do the Dragons team have the passion to put a spanner in the Vikings' works at home? In the Dragons' favor is momentum and the strong offensive performance of quarterback Zachary Edwards, who carries the Dragons, along with Kyle Sweet. Edwards is making the players around him better, and the defensive players seem to be blossoming as well. However, the Vienna Vikings seem to be the more settled team at the moment. The team performance and squad decisions of head coach Chris Calaycay seem to bear fruit. It will probably come down to details.

How the playoff-picture looks right now

A game in which the role of the favorite is not clearly identifiable. The Wrocław Panthers are just like the Berlin Thunder a team with many facets and faces in the season so far, moreover, both are 2-3 and want to stay on the heels of the Hamburg Sea Devils. Slade Jarman, the Panthers' new quarterback, has an ever-stronger Thunder defense against him. A defense that had inflicted seven sacks on the Cologne Centurions. Furthermore, the Panthers had released Philéas Pasqualini during the week, but so far had not brought in a replacement. For the Thunder, the duel in front of a home crowd and on German free TV could be a momentum game, but it won't be an easy game against the Panthers.

The Frankfurt Galaxy goes into the duel with the Stuttgart Surge as the favorite. Both are fighting against strong competition in the Central Conference. With Reece Horn, a former NFL player came to the Main city of Frankfurt and gives new hope – despite the season ending injury of both Gauthier and Poznanski. Interesting for the Surge: With Dante Vandeven, the dual-threat quarterback seems to have finally been found. The US-American convinced against the Kings with a dominant performance, which should finally be crowned with success for the 0-5 team. Will the Surge win the conference-battle, or will the Galaxy come out on top as expected?

It is the game that is likely to break the next attendance record and as a game where both teams want to follow the Barcelona Dragons. Rhein Fire and Cologne Centurions have had similar weeks. The Centurions won the first two games, Rhein Fire the first three. Both meet after a losing streak and want to decide the season in their favor. The question is: Who will get their act together? Will Jan Weinreich or Matt Adam lead their own team to success? The magnificent homecrowd in Duisburg is likely to play a decisive factor.

The Raiders are the team that seems to be rolling under the radar. The Leipzig Kings are also doing well with two wins in their last two games. For the Kings, quarterback Jordan Barlow managed to find his rhythm last week, making throws to secure the win against the Surge. The Kings defense was most noticeable with a strong front seven, but something still seems to be slowing the team down. For the Raiders, the overall construct seems to be working. The offensive and defensive gears are meshing better and better, so it will be difficult to snatch the crown from the hosts in the Tivoli.

Watch all game live with our gamepass!