Week 4 in the European League of Football was filled with dominating performances as well as thrillers. But what stood out the most? 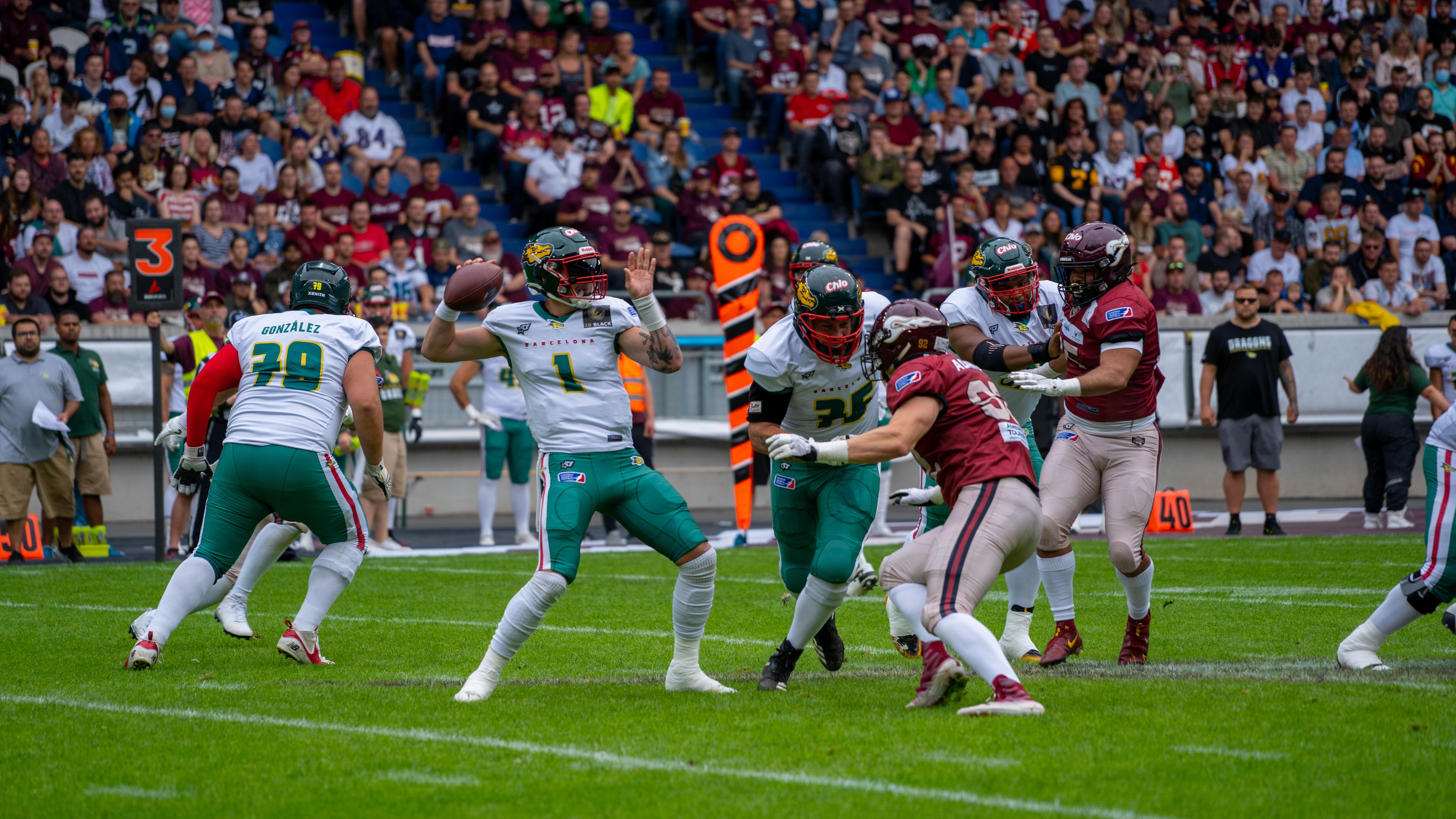 The Vienna Vikings were dominating the Istanbul Rams in Turkey last Saturday. With a final score of 49 – 0, the Rams stood no chance.

Despite great defensive performances by linebacker Zachary Blair and newly signed defensive back Andy Whyte, the Rams were a no-show on offense.

However, the Vikings were showing what defensive back Exavier Edwards can do once he has the ball in his hands. On three rushing attempts, the jack of all trades scored three touchdowns. Expect the Vikings to use him more on offense this season after such an incredible outing!

After starting the 2022 season with a 0 – 2 record, the Galaxy are back on track. With Sullivan connecting on 16 out of 23 passes and throwing for over 200 yards and three touchdowns, the Centurions had no answer on their side.

Both, running back Kai Hunter and fullback León Helm also scored twice on the ground which sealed the deal.

Just imagine the Galaxy having a true number one receiver next to playmakers like Lorenz Regler, Marvin Rutsch, and Nico Strahmann to further stretch the field.

Dragons win on all three phases

The Dragons did what they needed to do and got away with the win in Duisburg. On offense, quarterback Zach Edwards converted third downs when needed to. On defense, theDragons’ pass rusher put quarterback Matt Adam highly under pressure.

But the most important facet of the game was the performance on special teams lastSunday. Rhein Fire missed both field goal attempts and an extra point which would have got them seven extra points resulting in a win. On the flip side, the Dragons started off the game with a blocked punt which was returned for a touchdown in the first quarter.

This will not be the last game in which special teams will play a deciding factor!

33 – 0. If that doesn’t speak for itself, nothing does. The Raiders Tirol visited the winless Stuttgart Surge on Sunday and got overpowered by a ready and hungry Austrian team.

With quarterback Sean Shelton leading the way, the Raiders came out and put up points on the board. The Surge did not stand a chance on offense averaging a mere 0.7 yards per carry as a team.

With starting quarterback Randall Schroeder being played on the injury reserve list, it will be interesting to see where the Surge go from here.

We all knew that the Kings have a great defense. But combining for one sack, seven tackles for loss, two forced fumbles, three fumble recoveries, and two interceptions is a statement.

Winning the game against the Thunder with a final score of 19 – 15, the Kings defense played a major role in the defeat of the conference rival Berlin Thunder.

The Sea Devils defense played a great game against the Panthers with a pick-six by cornerback Justin Rogers, several sacks, and additional forced fumbles.

But the offense was having a strong game as well. Running back Glen Toonga recorded another 100-yard game on the ground and helped to set up some deep passes to Jéan Constant and Lamar Jordan II.

Against the Panthers, the Sea Devils wide receiver duo between Jordan II and Constant finally combined for over 140 yards. German quarterback was finding both speedsters deep on several occasions which seems to be a step in the right direction.