The Vienna Vikings win superior, the Barcelona Dragons continue to ride the wave of success and two teams urgently need to change something. 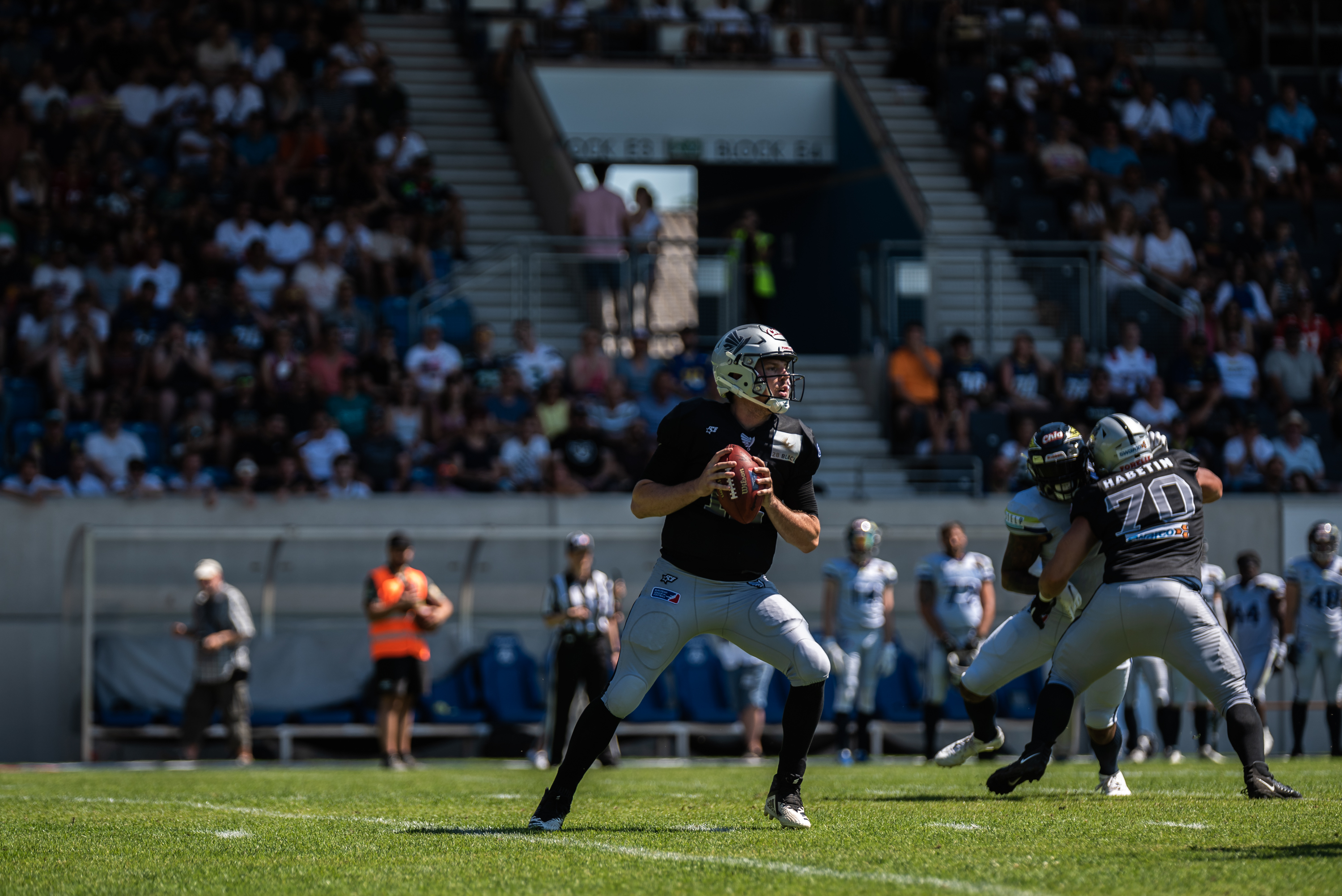 The battle of the undefeated versus the winless was over quickly. The Vikings arrived, quickly made things happen with offensive power and a clear game plan. 49:0 was the final score, the Vikings didn't show their best performance, but the quality was clearly too strong for weak Rams. Exavier Edwards, safety and running back, was unstoppable with three touchdowns. Breuler, Bouah, Botella Moreno and Wegan took care of the rest. The only bright spot again for the Rams: Devin Heckstall. Quarterback Stegman was also solid but could not provide a score. Currently, the question is: Who can the Rams win against?

The Galaxy are back. Jakeb Sullivan led his team to an important win after they started the season slowly. The Centurions never got into the game at any point. The Galaxy kept getting into important situations and were able to capitalize on their opportunities. The defense appeared in old strength, the new offensive backfield of the Galaxy showed their outstanding quality with Fischbach, Hunter and full back Leon Helm. The wide receivers were also better integrated. For the Cologne Centurions, Pounds was again the strongest player. The defensive backfield also looked too loose even with the addition of Chad Walrond. This 48-12-victory of the Galaxy is thought-provoking. On both sides.

This rivalry is hard to miss. Thunderous applause for the Panthers, screams and shouts after the final whistle. The Panthers and Sea Devils, as in every meeting of the two conference rivals, delivered a tough matchup that was dominated by both defenses, but in the end was decided by little things. Both sides benefited from debatable decisions by the officials. In the end, it was Salieu Ceesay on the Sea Devils' side who saved his team into overtime with a 50-yard pass to Lamar Jordan and a quarterback sneak. Ambroise Mati and Giovanni Nanguy provided the final touches to win 26-23 in the first overtime in European League of Football history with a forced fumble. In conclusion, both teams did not give up. Even with a new quarterback, the Panthers were solid, now waiting for the rematch hungrier than ever.

Things have to change. While the Surge's passing game was pretty good through quarterback Randall Schroeder to start the game – getting worse – they were miles away from the Raiders' performance. Special teams, offense and defense had a pitch-black day. Something will have to change for the Stuttgart Surge to keep up in the best European league. The Raiders, meanwhile, are getting better and better. Sean Shelton and his weapons delivered across the field, kept running even when the game seemed already over. Down 33-0, the Raiders consumed the Surge for a late lunch.

A day too hot for two teams that couldn't get their horsepower on the road. Berlin Thunder suffered from turnovers, which the Kings exploited ice-cold. Jordan Barlow was benched, whether injury or performance not yet known, Ferras El-Hendi took over. The Thunder lacked offensive firepower. Many flags and injury interruptions did the rest in a conference duel, with which both teams can not be satisfied. The Kings won with 19-15. Both teams stand with a 1-3 record and could struggle to keep up with the Sea Devils or Panthers.

It was the worthy duel of two 4-0 teams. Both teams gave each other nothing and offered top European football in front of 7500 spectators. Jimenez and Edwards put a smile on the faces of the Spanish fans, while Rhein Fire only failed to score four points. Rhein Fire was defeated 17-13 in front of their home crowd, partly because the kicking team was unable to convert two field goals, even one from the three yard line. Bitter for Rhein Fire, but no reason to bury their heads in the sand.