Week 3 in the European League of Football was full of surprises. But what stood out the most? 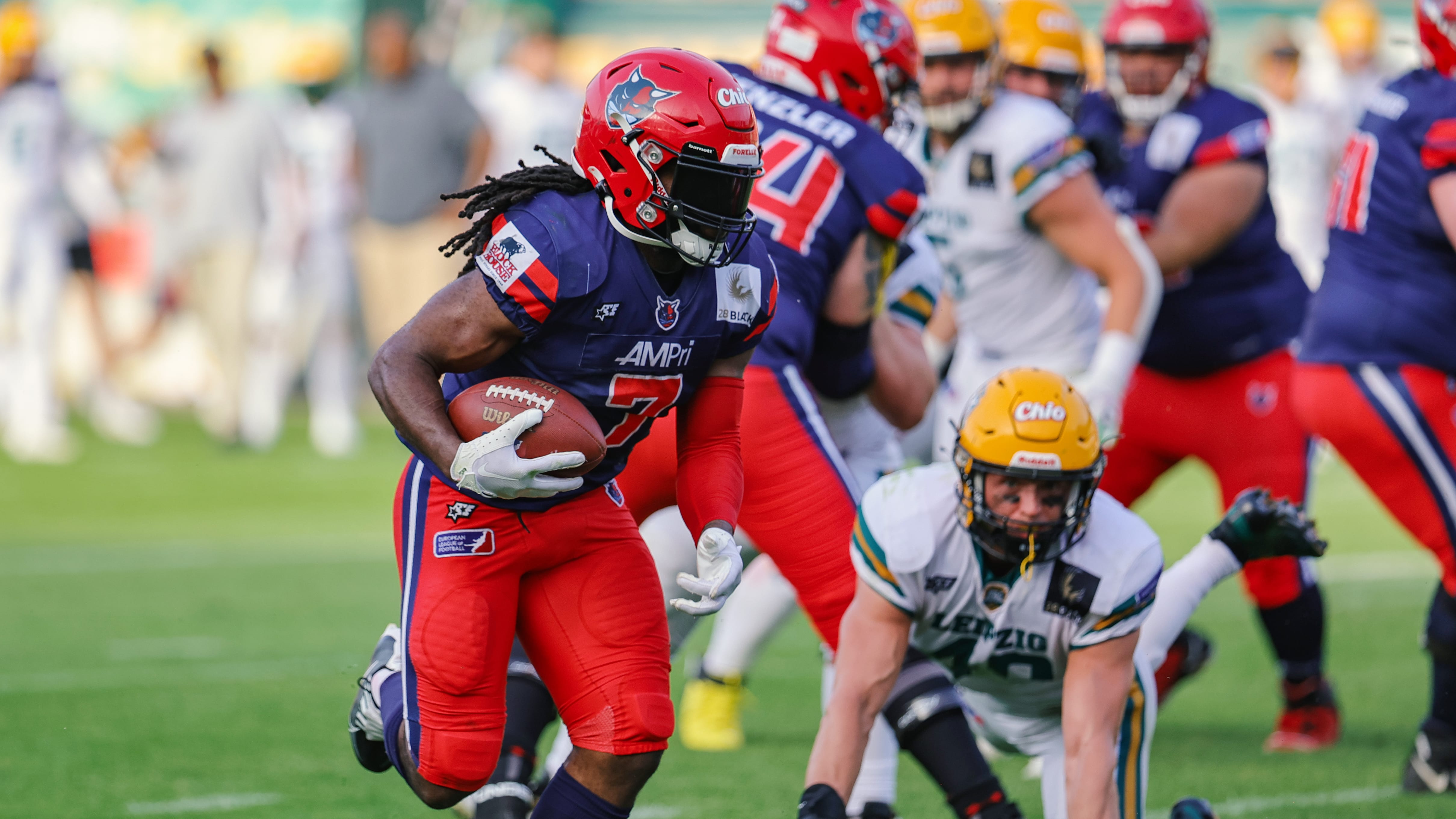 Dragons bring the heat once again

The Barcelona Dragons are here to be taken seriously. With another standout performance by American quarterback Zach Edwards with three passing touchdown, one receiving touchdown, and over 300 passing yards, the Dragons came away with the win at home.

Dragons’ wide receiver Kyle Sweet also got work and started off were he left in week two. With over 200 receiving yards, one passing touchdown, and one receiving touchdown, Edwards and Sweet possibly form one of the hottest WR/QB-duos in the league.

Will the 3-0 Rhein Fire be able stop the Dragons this week?

Glen. Toonga. Week after week, the British running back rumbles his way through defenses. Last week, the Toonga carried the Sea Devils to their second win of the season against the 0-3 Leipzig Kings. With 212 rushing yards and two rushing touchdowns on 26 carries, Toonga not only sits on top of the league’s rushing yard list but also makes a name for himself as a player to gameplan around.

Will the 2-1 Panthers have the strength and endurance to slow down Toonga over four quarters?

The Fire is back. And one player that was on fire all game in Duisburg was quarterback Matt Adam. With five passing touchdowns and just one interception, the American was pumped about his team’s performance after the game.

After leaning on the running game for the first two weeks, Rhein Fire showed what they can do in the passing game with wide receiver Nathaniel Robitaille and Harlan Kwofie both scoring two touchdowns.

It will be interesting to see how the Dragons will try to stop Rhein Fire’s offense this Sunday.

There is nothing better than being on the same team as your brother, isn’t it? Well, Anton and Florian Wegan are not only playing for the Vikings but both scored touchdowns to lead the Austrian franchise to its third straight victory.

Although quarterback Jackson Erdmann threw three interceptions, the Vikings offense was able to lean on the run and win against the Surge with three rushing touchdowns. All by the Wegan brothers.

Raiders quarterback Sean Shelton had a day to remember. With a completion percentage of 84,2%, 194 passing yards, and three passing touchdowns, the American gunslinger was as productive as they come.

Once again, Shelton was a big factor for the Raiders on offense and it finally paid off with their first win the European League of Football against the Berlin Thunder at home.

Back like he never left. The Frankfurt Galaxy finally had Jakeb Sullivan back in their lineup this past week against the Wroclaw Panthers and he delivered.

With four passing touchdowns, one rushing touchdown, and no turnovers, the 2021 Offensive Player of the Year showed what he can do with his offense.

Will he lead the 1-2 Galaxy to an even record in week four against the Centurions?