Week 3 Preview: Will the Centurions lose on the road?

Week 3 is just around the corner and a handful of teams are still undefeated. Who will face their first loss of the season? Let’s have a look at all matchups this weekend! 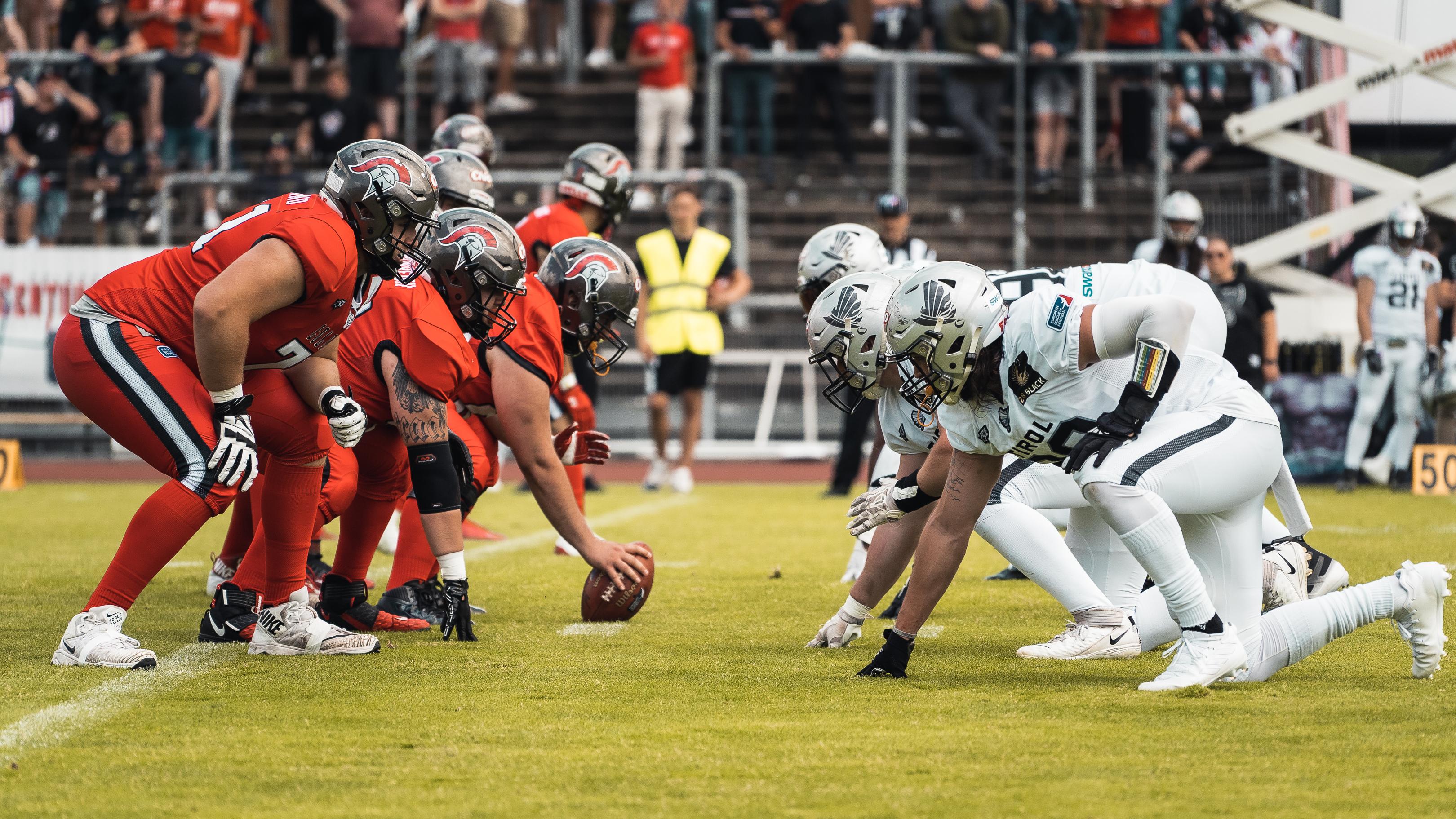 This game will be one of the most interesting ones in week three. The Dragons and the Centurions are both undefeated going into this week and will battle it out in the South Conference.

With Zach Edwards, the Dragons presumable have one of the best quarterbacks of the league under center. However, Jan Weinreich leads the league in passing yards and passing touchdowns so far.

We don’t know if this game will be a shootout. But we do know that one of these two teams will be handed their first loss in 2022.

The Sea Devils will come out and be angry this Saturday. After losing to the Barcelona Dragons in week two, Hamburg has to bounce back against a familiar opponent.

With former Sea Devils pass rusher Jan-Philipp Bombek alongside Myke Tavarres, A. J. Wentland, and other monsters on their defense, the Kings are looking to make life hard for German quarterback Salieu Ceesay.

On the flip side, expect the Sea Devils to open up the passing game with offensive coordinator Kirk Heidelberg stepping down and former wide receiver coach PhilippS chulz taking over. So, keep an eye on Jeán Constant and Lamar Jordan II this week.

It does not look close on paper but expect the Rams to come out with a lot of power and enthusiasm. After releasing four players and adding American wide receiver Devin Heckstall alongside American safety Darius Lewis, the Rams could be in a much better place this week.

However, Rhein Fire proved to be back in NFL Europe form. Two games, two wins, and their first home game of the 2022 season just ahead. Their offensive line in combination with a strong running game could be the key factor for the Fire to soon be 3-0 in the South Conference.

This game is a must win for the Galaxy. After starting the regular season with two straight losses, the reigning champion has to find a way to bounce back.

As far as the Panthers are concerned, the Polish franchise will be without starting quarterback Justice Hansen who was placed on injured reserved by the team earlier this week. This puts both teams in the position to start their backup quarterbacks as Jakeb Sullivan is still not fully cleared to play this week.

So, expect the game to be dominated by both defenses and decided by ball security and turnovers.

The Surge face one of the toughest opponents imaginable in the European League ofFootball this week.

The Vienna Vikings are a team without a clear weakness. This will make it hard for the Surge to attack the Vikings and put points on the board. However, quarterback Randall Schroeder found some rhythm with his wide receivers in week two which he could build on this week.

The Vikings have to protect their quarterback Jackson Erdmann who was sacked five times by the Frankfurt Galaxy last week. If he has enough time to go through his reads, keep an eye on tight end Botella Moreno and wide receiver Florian Bierbaumer to have another breakout game.

The Raiders are standing with their back against the wall. By joining the European League of Football, the Raiders Tirol automatically joined the best competition they have ever faced. This week, quarterback Sean Shelton and the Raiders have another chance at winning their first game on the biggest stage in Europe against the Berlin Thunder.

On top of that, former Thunder head coach Jag Bal faces his old team as the defensive coordinator for the Raiders Tirol. It remains to be seen if his defense can hold up against running back Joc Crawford and the new quarterback in town: Joe Germinerio! But expect a game in which both teams fight for every single yard!