Week 2 in the European League of Football was full of surprises. But what stood out the most? 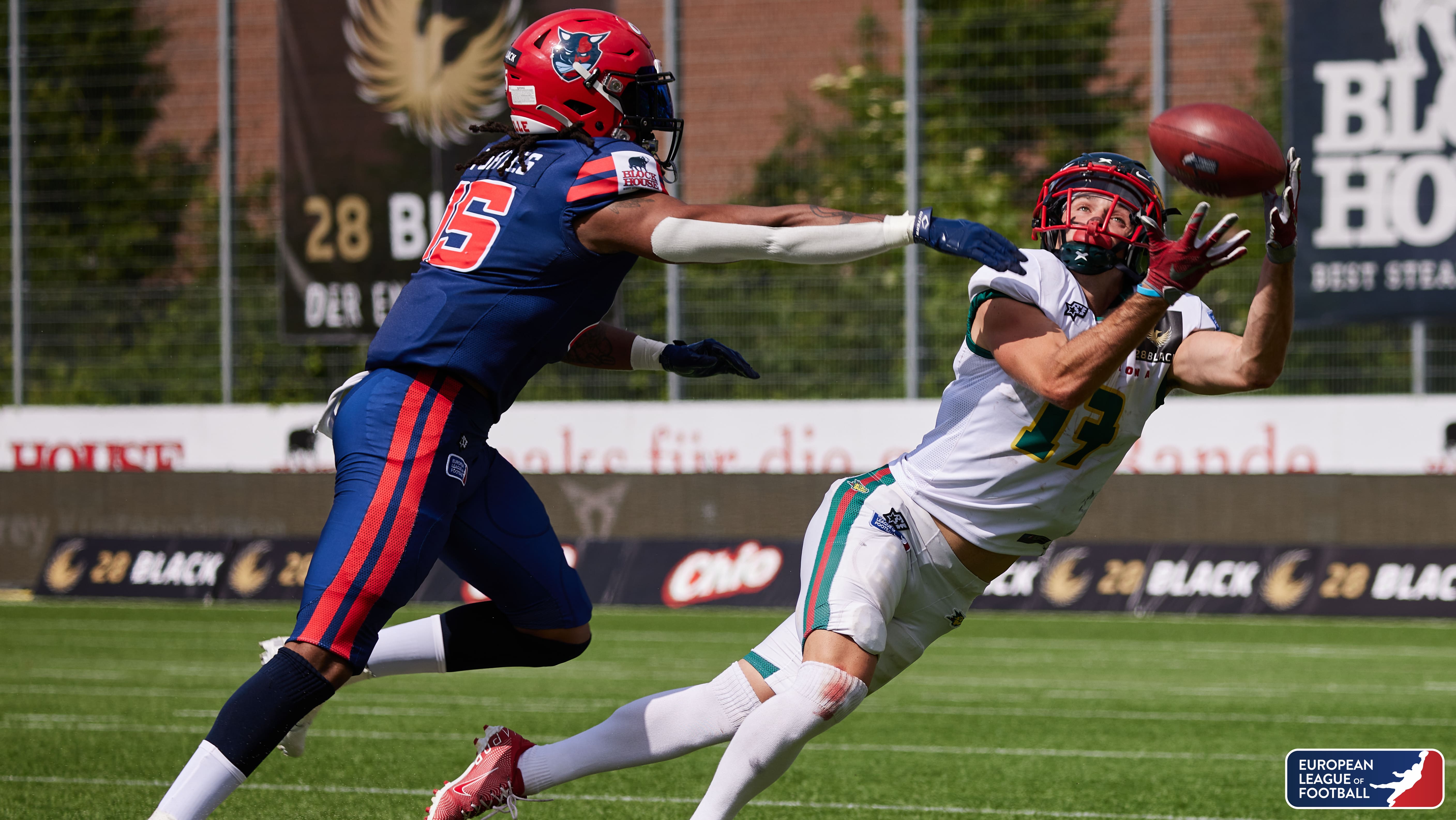 The Centurions did it. After putting up 19 points on the board in the first quarter alone, the German franchise came away with a historic win over the Raiders Tirol.

After completing 64,1% of his passes and recording 374 passing yards, Jan Weinreich proved that he belongs in the European League of Football as a starting quarterback.

As a comparison, the Raiders Tirol only allowed 122 passing yards and a completion percentage of 40% to Vikings quarterback Erdmann in Week 1.

Although Weinreich threw two interceptions, he also scored one touchdown himself on the ground to cap off the win with four total touchdowns.

RB Joc Crawford back to 2021 production

Joc Crawford is back. On just 19 carries, the 35-year-old running back accumulated 122 rushing yards and three total touchdowns. His performance clearly earned him a spot on the ‘Chio MVP of the Week’ ballot this week.

In 2021, Crawford ended the season with 1159 rushing yards and seven rushing touchdowns over a span of ten regular season games. All of that, despite poor quarterback play and a shaky overall offensive performance by the Thunder in 2021.

The Kings offense gave away a win again. The last four drives of the Kings all ended in turnovers.

After last week’s loss to the Panthers in the final minutes, the Kings are 0-2 because they are not finishing the game. Let’s see what they will do against the SeaDevils at home in Week 3.

The Surge are 0-2, but did you see the catch by wide receiver Paul Steigerwald? Unreal.

Anyway, the Panthers are 2-0 for a reason. But the Surge made life difficult for the Polish franchise in Stuttgart.

Quarterback Randall Schroeder stepped up and threw for 279 passing yards and two touchdowns. The defense turned up a notch with four tackles for loss, one forced fumble, and one interception.

Let’s see if the Surge keep building to harvest their first win in Week 3.

Zach. Edwards. The first ever quarterback in the European League of Football to have rushed for over 100 yards and have passed for over 200 yards in one game.

On top of that, the American standout connected well with wide receiver Kyle Sweet who ended the game with 12 catches, 86 yards, and two touchdowns.

What else could you say about the Vikings after their 30 – 10 win over the reigning champions?

Quarterback Jackson Erdmann proved to be one of the most reliable quarterbacks in the league once again with another solid performance. With a completion percentage of 80% and 285 passing yards, Erdmann had no problem in finding his weapons on offense.

Vienna’s defense also stepped up. Especially defensive back Benjamin Straight is making a name for himself with his second pick-six in his second game for the franchise.

After a win against the Raiders and the Galaxy, the Vikings enter Week 3 as the favorite over the Stuttgart Surge.