Week two is just around the corner and the Galaxy will be without starting quarterback Jakeb Sullivan. Let’s have a look at all matchups this weekend! 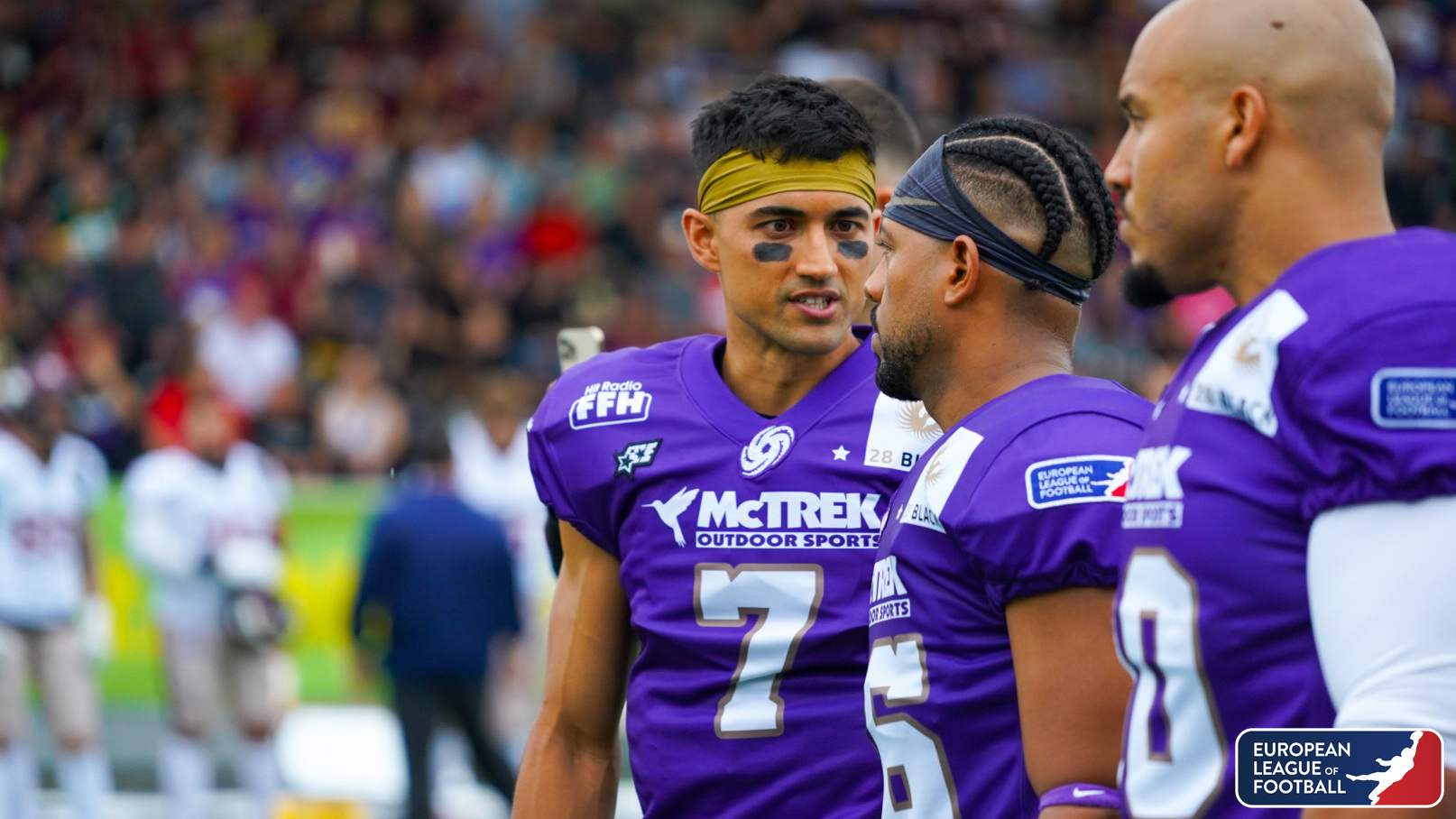 Frankfurt Galaxy quarterback Jakeb Sullivan will not start in week two due to injury. © Justin Derondeau

The 0-1 Raiders Tirol will play their first game outside of Austria since 2016. This game will show us how the new Austrian teams will stack up against a 2021 playoff contender. However, the Austrian franchise will be without wide receiver Yannick Mayr as he is rehabbing from an injury suffered in week one. As the team reported, Mayr is week to week with his injury.

For the 1-0 Centurions, it will be crucial to keep the passing attacking going. With another 300+ passing yards performance, Weinreich could help to open the running game for the German franchise.

Although running back Tre King rushed for 67 net yards, the Centurions only rushed for47 yards overall because of several tackles for loss against other players. However, King will not be able to play for the Centurions because of personal reasons. Instead, German running back Dean Tanwani will get his first start fort he Cologne franchise in week two.

The Istanbul Rams were still effective on offense last week, despite four interceptions by quarterback Jared Stegman. With over 200 passing yards and over 100 rushing yards, the Rams had a well-rounded offensive attack and underlined their competitiveness on the highest level of American football in Europe.

In an interview, Thunder head coach Johnny Schmuck commented that he wants to get into a rhythm on offense early on to give his defense a break. In their week one loss against the Sea Devils, the Thunder just made too many mistakes against a great team to come away with a win.

In week two, both teams are looking for their first win of the 2022 season!

Rhein Fire will visit the Leipzig Kings with more self-confidence than ever. After beating the reigning champions 29 – 26, Rhein Fire proves to have one of the best offensive lines and one of the best full backs in the league.

However, the Kings proved to be maniacs up front after sacking Panthers quarterback Justice Hansen six times, forcing two fumbles, and recording nine tackles for loss.

If one unit can keep up with Rhein Fire’s offensive line, it is the Kings front seven. Watch out for a battle in the trenches that will decide the game.

TheFrankfurt Galaxy are already under pressure. Starting the season 0-1 is nothing new for the reigning champion but playing the 1-0 Vienna Vikings in week two is.

According to the team, quarterback Jakeb Sullivan is not able to dress up against the Vikings because of an injury. However, newly signed quarterback Moritz Johannknecht is set to take the stage in Vienna.

But don’t be fooled: Johannknecht took over once for the Sullivan in 2021 and managed to win Chio MVP of the Week with an outstanding performance. Four passing touchdowns and one rushing touchdown was enough to prove that the German quarterback can play.

The WroclawPanthers are coming to Stuttgart. After losing to the Dragons in brutal fashion, Surge head coach Martin Hanselmann announced at the team’s press conference that he changed a lot of details to get his team in a winning position.

But thePanthers are coming of a close win against the Leipzig Kings and look to start the 2022 season 2-0. Let’s see what the Surge are able to adjust over the course of a week.

The only game in week two that features teams with winning records is the Game of theWeek at the same time.

In week one, the Sea Devils defensive line overwhelmed the Thunder offensive line and pressured quarterback Joe Germinerio throughout the game. However, Dragons quarterback Zach Edwards is one of the best quarterbacks in the league against pressure which could help the Dragons to perform on offense.

On the flip side, the Sea Devils rushed for 248 yards in week one. If they are able to repeat that, the Dragons will have a long day on defense. If not, former Dragons wide receiver Jéan Constant and Lamar Jordan II are just waiting for their opportunity to be fed the ball through the air.

In addition, American safety Shawn Wilson will not start the game but is listed on the gameday roster. This won’t help the Dragons pass defense deal with Constant and Jordan II.