The last regular season weekend European League of Football was all about ending the season on a high-note! 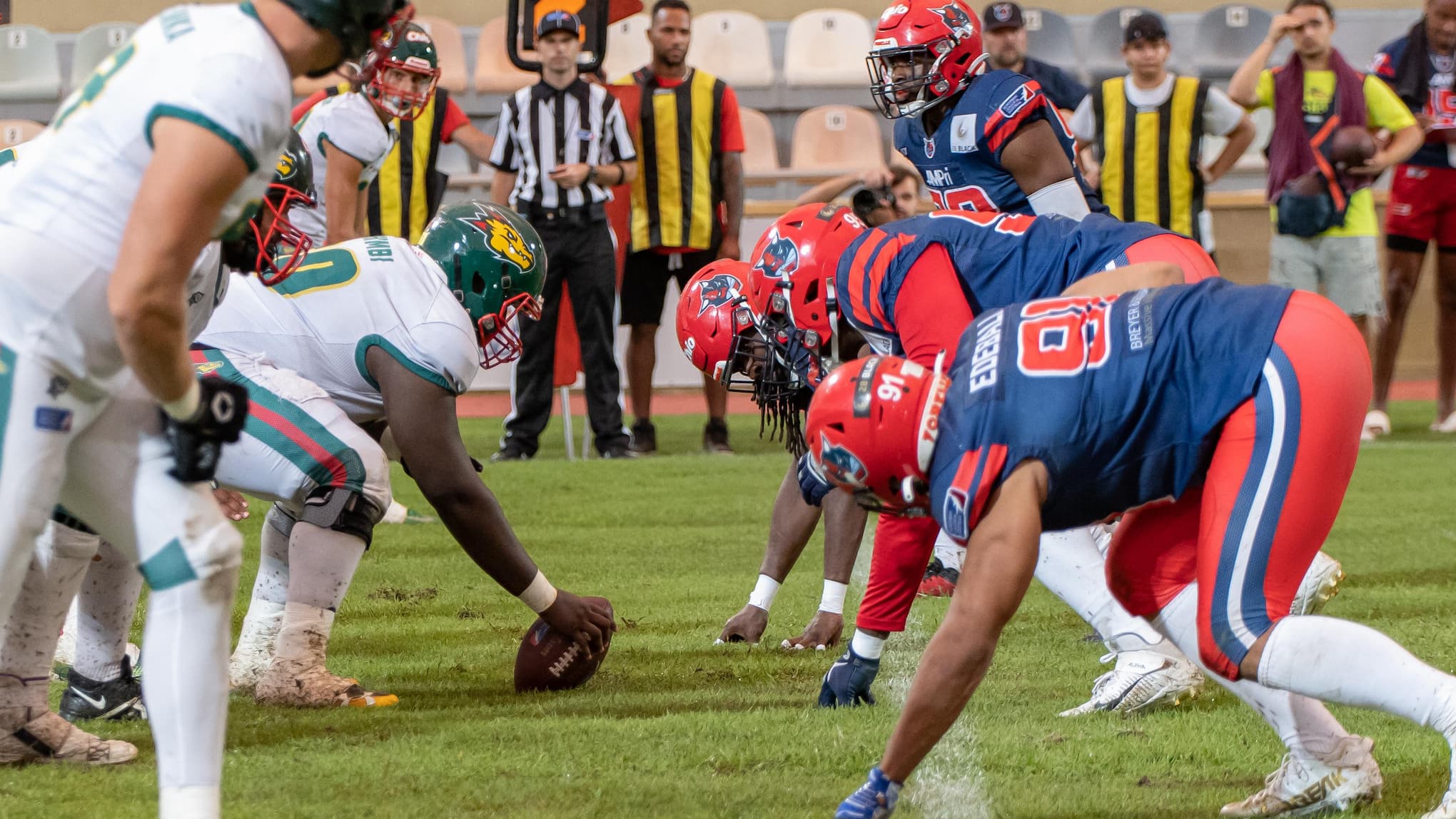 The Cologne Centurions were able to end the 2022 regular season with a win, after losing nine straight games in a row.

The German franchise started off the season with two straight wins but could not keep the momentum going from Week 3 onward.

Will Cologne bounce back in 2023? They definitely have the talent to do so with offensive lineman Leander Wiegand and linebacker Flamur Simon invited to the NFL International Combine this fall!

The Hamburg Sea Devils were finally able to defeat their arch-rival in Reus, Spain.

With the clock running out, the Hanseatic franchise pushed for the win with a go-ahead field goal. But an incredible performance by the Sea Devils defense with ten total sacks and twelve tackles for loss was just too much for the Dragons explosive offense.

Are the 11-1 Sea Devils ready for their second Championship Game appearance in a row?

Raiders have the best QB/RB-tandem in the league

Quarterback Sean Shelton was focused on by the Berlin Thunder defense but still managed to come away with almost 200 passing yards and two touchdowns. But in moments the Thunder defensed focused on Shelton, running back Okpalobi shined with big play after big play.

Will this dangerous duo be enough to beat the Sea Devils at home in the playoffs this Saturday?

The Frankfurt Galaxy started the season slow with two straight losses. However, the reigning champion was back to its old form at mid-season and from then on even managed to destroy the now 10-2 Vienna Vikings.

But after all, their performance this season was not enough to reach the playoffs for a second straight year. With a lot of season-ending injuries to key players like 2021 All-Star linebacker Sebastian Gauthier, the Galaxy still battled their way through the regular season.

Will the Guardians of the Galaxy come back stronger than ever next season?

He did it again. With another great performance against a winning team, Kings quarterback Gabriel Cunningham might have locked in his next contract with the team for the 2023 season.

Cunningham also produced 357 rushing yards and added four scores on the ground. Will we see Cunningham again with the Kings in 2023?

Vikings rest for the playoffs

The Vikings just played their starts for a handful of snaps in yesterday’s contest against the Panthers.

This also reflected in the final score as the Panthers picked up their fifth win of the season by putting up 42 points on the board compared to only six by the Vikings.

However, this strategy might have saved one or the other started to suffer minor injuries they would have carried into the postseason. Now, Vienna’s starters will be re-energized once they play the Dragons for a third time this season.